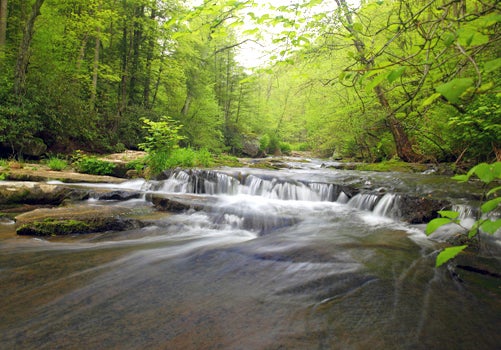 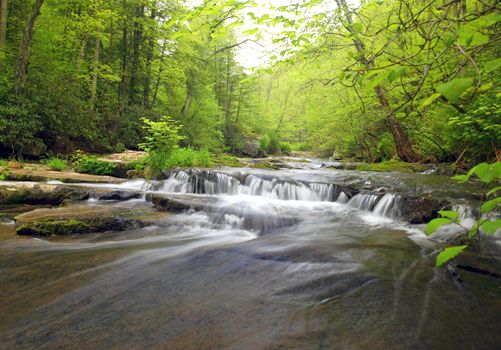 A coalition of organizations representing environmental, historical and community interests filed an appeal Feb. 21 in Berkeley County Circuit Court challenging a permit to allow quarrying on North Mountain, the visual backdrop of historic Gerrardstown and a crucial source of water for Mill Creek. After carefully reviewing the Surface Mine Board’s final ruling on North Mountain Shale’s quarry permit, Potomac Riverkeeper, along with Washington Heritage Trail, Inc. and Gerrardstown Presbyterian Church, filed the appeal because of two key flaws in the ruling.

First, the board approved a quarry permit that is not protective enough to adequately control sediment discharge. The approval was based on the quarry’s last minute claim that it is going to add chemical flocculant to its discharges. Despite the fact that the quarry was required to disclose any plans to rely on chemical flocculant with its permit applications, it utterly failed to do so and kept the community in the dark regarding such plans.

“The Surface Mining Board should not have approved the permit without requiring North Mountain Shale to fully explain how it intends to protect the water quality of our community,” stated Upper Potomac River Manager Brent Walls. “The quarry’s own witnesses admitted that their proposed sediment ponds are far too small to protect Mill Creek, so they were forced to claim—for the first time at the hearing—that they intended to use chemical flocculant. However, the community has had zero opportunity to review or comment on the quarry’s use of chemical flocculant and, even more troubling, the quarry’s witness was unable to answer basic questions about what chemicals would be used or in what amounts. Together with the recent disappointing decision of the Environmental Quality Board, both final rulings do not protect a crucial water source for Mill Creek from sediment pollution.”

Second, the board also prohibited arguments challenging the adequacy of West Virginia Department of Environmental Protection’s (WVDEP’s) review of the impact of the quarry operations on the historical resources in the area. The quarry intends to run its massive trucks through the heart of the Gerrardstown Historic District, which is recognized by the National Register of Historic Places as containing more than ninety historic buildings.

“The Washington Heritage Trail Trustees are disappointed that the Surface Mining Board bluntly refused to review the quarry’s potential impacts on both the scenic and historic values of Gerrardstown,” said Jeanne Mozier, president of the Washington Heritage Trail. “It is extremely troubling that the board and the state are ignoring this and trampling on our right to challenge the impact analysis. Several state rulings have made it very difficult for the Washington Heritage Trail to carry out its mission of preserving and protecting the various attributes which earned the trail its national designation. We are especially concerned that the Division of Culture and History did not object to the violation of this region from the very beginning.”

During the public comment period, WVDEP received nearly 800 comments in opposition to the draft permit. Hundreds of local residents attended the public meetings in the spring of 2010, where 80 people spoke against the proposed quarry operation, with only one speaking in its favor. This appeal is being filed to give voice to the residents of Gerrardstown who were denied the opportunity to challenge use of chemical flocculants and the inadequate impact analysis. The appeal filed with the Berkeley County Circuit Court will be a review of the facts as presented in the evidentiary hearings.

Potomac Riverkeeper, Inc. is a clean water 501(c)3 charitable nonprofit that, includes the Potomac Riverkeeper and the Shenandoah Riverkeeper. It stops pollution and restores clean water in the Potomac and Shenandoah Rivers and their tributaries through community engagement and enforcement of the Clean Water Act and other environmental laws. As a membership organization, it has offices in Virginia, Maryland, West Virginia, and Washington, D.C.