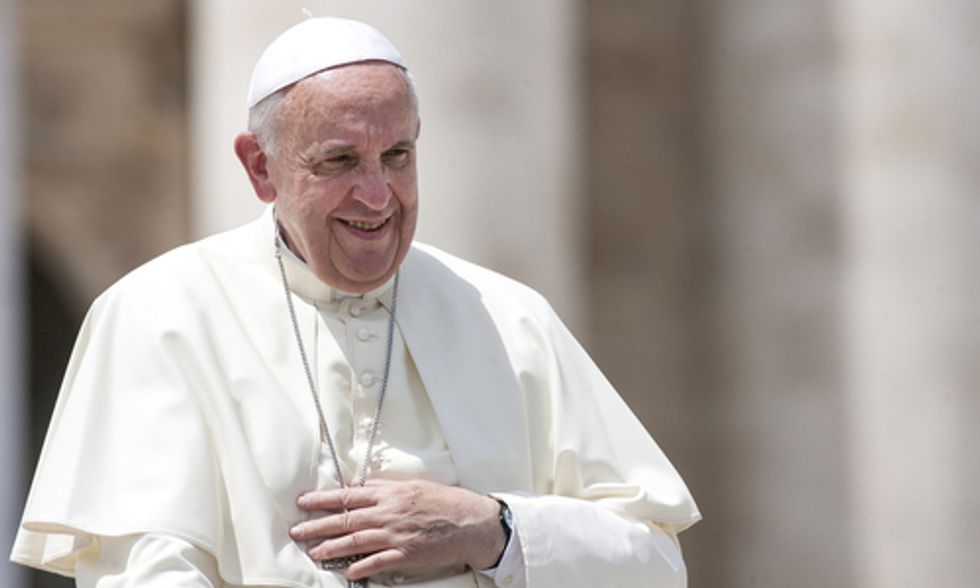 Pope Francis called for more respect for nature in an address at the University of Molise, an agricultural region in southern Italy.

Francis said the destruction of South America's rain forests and other forms of environmental exploitation is a sin of modern times.

The Earth should be allowed to give her fruits without being exploited, Pope Francis said.
Photo credit: Shutterstock

"This is one of the greatest challenges of our time: to convert ourselves to a type of development that knows how to respect creation," he told students and farmers while speaking in a university hall on Saturday.

The Earth should be allowed to give her fruits without being exploited, Francis said.

"When I look at America, also my own homeland (South America), so many forests, all cut, that have become land ... that can longer give life. This is our sin, exploiting the Earth and not allowing her to her give us what she has within her," Pope Francis said in unprepared remarks.

In May, Sen. Edward J. Markey (D-MA) met with the pope to discuss the importance of acting on the warming planet instead of waiting idly. The week before that visit, Pope Francis compared battling climate change to safeguarding creation, advising the world that “if we destroy creation, creation will destroy us! Never forget this!”