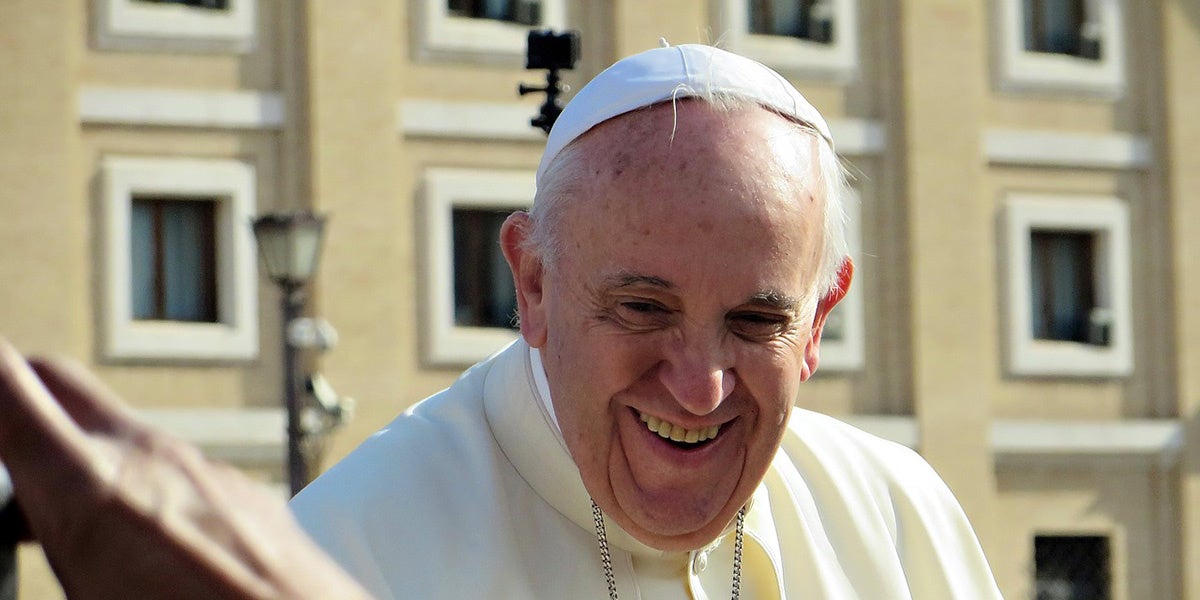 Pope Francis urged the leaders of big oil companies to see the light on climate change at a first-of-its kind conference held at the Vatican with oil executives, investors and Vatican experts, The Guardian reported Saturday.

“Civilisation requires energy, but energy use must not destroy civilisation,” the pope said during remarks at the end of the conference, according to The Guardian.

The current pope, who has emerged as a leader in the fight against climate change following his groundbreaking 2015 encyclical, urged the companies to lead the transition towards renewable energy and away from fossil fuels.

He said they should strive “to be the core of a group of leaders who envision the global energy transition in a way that will take into account all the peoples of the earth, as well as future generations and all species and ecosystems,” The New York Times reported.

The pope also spoke with a great sense of urgency about the coming crisis. “There is no time to lose,” he said, according to The New York Times.

“Will we turn the corner in time? No one can answer that with certainty,” the pope said. “But with each month that passes, the challenge of energy transition becomes more pressing.”

The meeting, held Saturday behind closed doors at the Pontifical Academy of Sciences, included big names in the oil industry like the chairman of Exxon Mobil, the chief executive of BP, the chief executive of the Italian energy company Eni and representatives of Royal Dutch Shell, Norway’s Equinor and Mexico’s Pemex, according to The New York Times and the BBC.

In recent years, oil companies have switched from outright hostility to climate science to taking action on climate change. Exxon Mobil, for example, who funded climate denial think tanks between 1998 and 2005 to the tune of $16 million, has since endorsed the Paris agreement.

But while the pope commended companies for the efforts they are making, he also said those efforts did not go far enough.

Pope Francis also focused on the social justice aspects of climate change, saying it would harm the poor disproportionately, and that clean energy was essential to bringing people out of poverty without disrupting the climate they depend upon.

“Our desire to ensure energy for all must not lead to the undesired effect of a spiral of extreme climate changes due to a catastrophic rise in global temperatures, harsher environments and increased levels of poverty,” he said, according to The Guardian.