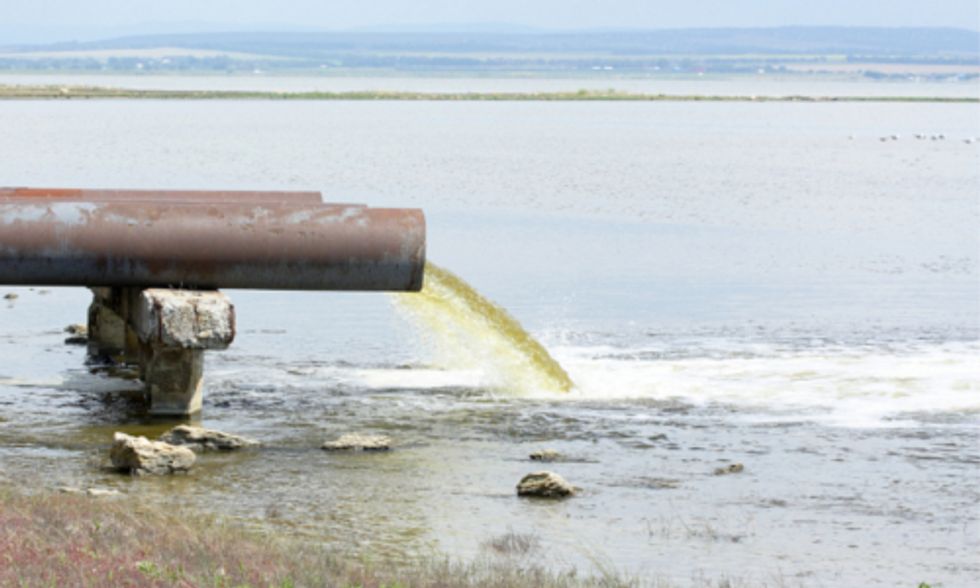 Americans like the Clean Water Act (CWA), which was passed in 1972 to clean up the country's waterways polluted by decades of industrialization and weak regulation, because they like having access to safe drinking water as well as clean water for activities like swimming, boating and fishing. It seems like a no-brainer. So it was no surprise when the general public submitted more than 800,000 comments during the public comment period last year in support of President Obama's plan to restore CWA protections to the country's small waterways.

Money talks loudly in Congress, and it's being spent to drown out the voices of citizens who want clean water. Image credit: Environment America

However, a new report from Environment America, Polluting Politics: Political Spending by Companies Dumping Toxics in our Waters, shows opponents to the CWA are spending significant amounts of money to act against the public interest.

"Year after year, polls show that more Americans are concerned with the pollution and quality of our waterways more than any other environmental issue," the report begins. "And after toxins in Lake Erie left 400,000 Toledo, Ohio residents unable to drink the water coming out of their taps last August, the need to protect our waterways is clear and present."

But, the report says, "Corporations and industry groups that oppose restoring Clean Water Act protections can drown out the voice of the average voter by spending enormous sums on election campaigns and lobbying."

The report reveals that currently, half of the U.S.'s lakes, rivers and streams are unsafe for fishing, swimming and drinking, and that 206 million pounds of toxic materials are dumped in our waterways each year. Polluting Politics ties some of the polluters to investments in political candidates who might work to minimize CWA protections.

"As it turns out, the same companies that are polluting our waterways with toxic chemicals are also polluting our politics with their spending,” said report author Ally Fields, clean water advocate at Environment America.

What these companies want is to stave off regulations that would limit the discharge of industrial chemicals from fracking and agricultural runoff (especially from factory farms), and restore wetlands and protect them against development. Those are regulations the public likes and wants. But to a large degree, the public interest has been trumped by several U.S. Supreme Court decisions since 2006 that have left half the country's waterways—which provide drinking water for a third of Americans—vulnerable to toxic pollution. And these big spender have swooped in to try to exploit those loopholes.

The report revealed that AK Steel Holding Corp, the top water polluter, dumped 19,088,128 pounds of toxics into waterways in 2012. And in 2014 it spent $739,752 on lobbying to try secure its ability to keep on polluting. Industrial foods company Tyson Foods, the second biggest water polluter with 18,446,749 pounds dumped, spent $1,163,838 on lobbying. The U.S. Department of Defense was the third largest waterway polluter at 10,868,190, but does not spend money on lobbying. But chemical company Cargill, checking in at fourth, spent about $1,300,000 to allow it to keep dumping more than 10,600,000 pounds of toxic materials into U.S. waterways.

Those top polluters were not the biggest spenders though. That honor went to the number six polluter, Koch Industries, a notorious source of large campaign contributions to industry-friendly candidates. It dumped 6,657,138 pounds of toxics in 2014. Last year, it spent a whopping $13,800,000 on lobbying, with another $7.7 million spent in last year's elections, according to Polluting Politics. Given the Koch brothers' propensity for pouring campaign money into 501 (c) 4 groups that don't have to reveal their funders, the amount was likely much more.

Some corporations feel it's their right to dump what they want in public waterways.
Photo credit: Shutterstock

Another outsized spender was chemical company DuPont, which dumped about 5,500,000 pounds of toxics and spent nearly $9,300,000 to protect its right to do so. According to the report, the top 10 companies were responsible for almost 100 million pounds of toxics in public waterways—as well as $53 million on lobbying and $9.4 million in campaign contributions. And the three top polluting industries—energy/natural resources, agribusiness and construction—spent more than $237 million on campaign contributions in the 2014 elections. Meanwhile, industry groups such as the American Petroleum Institute and the American Farm Bureau, spent tens of millions more on lobbyists who were frequently well-connected former government officials.

“It’s clear that our nation’s polluters have deep pockets, but hundreds of thousands of Americans have raised their voices in support of doing more to protect our waterways, from the Chesapeake Bay to Puget Sound,” said Fields. “It’s time for Congress to listen to citizens, not the polluters, and let the EPA finish the job to protect our waterways.”