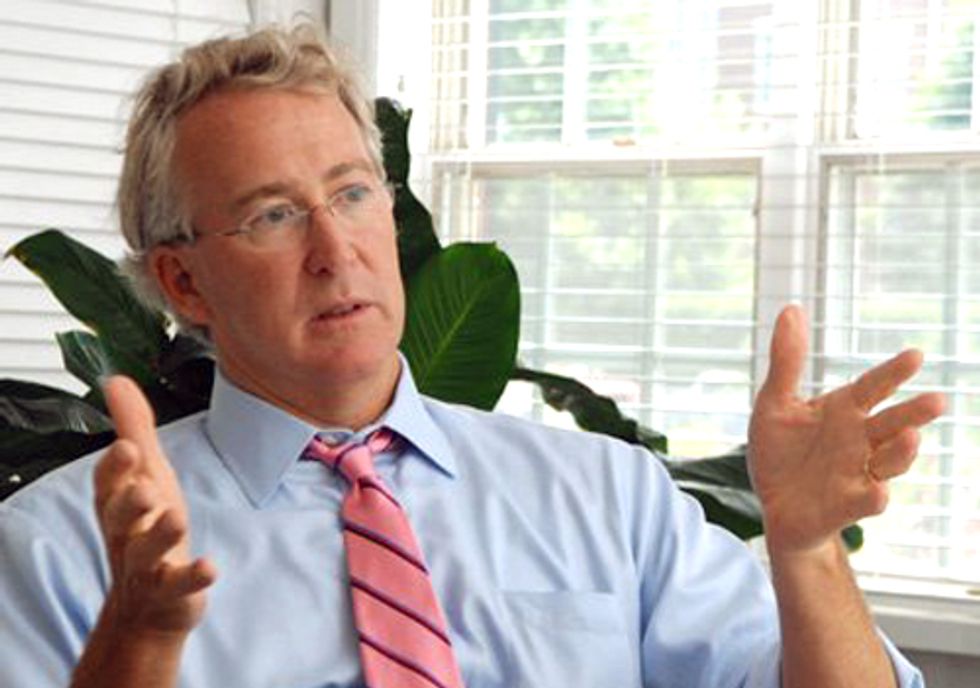 Billionaire Aubrey McClendon, chief executive of Chesapeake Energy, will relinquish his title of chairman of the board. McClendon founded Chesapeake Energy—the second largest natural gas producer in the U.S. with drilling rights to some 15 million acres—in 1989 and will continue to serve as its CEO.

The impetus for this move is McClendon's involvement in the controversial Founder Well Participation Program (FWPP). The FWPP was approved by shareholders in 2005 to extend through 2015, providing McClendon with up to a 2.5 percent stake in thousands of oil and gas wells.

Citing a conflict of interest between McClendon's stake in the FWPP and shareholders, the board today announced the early termination of the program, effective June 30, 2014. According to Reuters, McClendon has been taking out personal loans to finance stakes in the company's wells, and using those same stakes as collateral for additional loans.

As highlighted in a March Rolling Stone article, The Big Fracking Bubble: The Scam Behind the Gas Boom, much of Chesapeake Energy's profits come from buying and flipping the land that contains the gas. Chesapeake, the most aggressive player in the natural gas field, operates more like a land speculator than a drilling company. This shell game has allowed Chesapeake to stay afloat even as natural gas prices have plummeted and other companies are struggling to survive.

According to insiders, Chesapeake essentially sublet its vast leaseholds to Chinese and Norwegian gas companies at premium prices. These foreign companies apparently hoped that Chesapeake would share its technological wizardry for extracting gas from shale. According to gas industry insiders, those foreign companies were disappointed because the most valuable elements of the recipe for gas fracking was not held by Chesapeake but by the service companies, like Halliburton and Schlumberger. "Statoil and the Chinese put a lot of dough in the Chesapeake leases and never got the technology transfers they were hoping for," said a gas industry insider.

McClendon compromising his fiduciary duty and Chesapeake's enormous debt load are only the beginning of the problems this company faces.

Chesapeake certainly has emerged as one of the natural gas companies least trusted by the environmental community. Chesapeake was at the center of an attempt to find common ground between environmental organizations and the natural gas industry several years ago. The heads of the largest environmental groups and leaders from natural gas companies, as well as policy officials and industry groups, came together to identify areas of agreement and a potential path forward that would facilitate a reduced reliance on coal (a much dirtier fossil fuel), while also developing model regulations and increased safety standards at well sites, justifying increased confidence in the natural gas industry.

This attempt to find common ground quickly eroded when the natural gas industry failed to live up to its end of the bargain, speaking out against the passage of an amendment to a bill in the U.S. House of Representatives that would have mandated disclosure of the chemicals used in the highly controversial process of hydraulic fracturing. It was understood by both sides that disclosure was to be the baseline test of the industry’s good faith, not only in working with the environmental community, but in protecting the public as such disclosure would help link faulty wells with the contamination they cause.

McClendon personally allied with the environmental community to reduce the country’s reliance on coal by increasing demand for natural gas through a series of state policy efforts. In return, he agreed to fight for tougher regulations for the natural gas industry, including the transparency of fracking fluids, to align with environmentalists and help keep bad actor companies from joining the fracking boom. But when the federal legislation was killed in committee, it was clear that industry leaders had betrayed the environmental community by speaking out against the amendment through their lobbying associations.

According to Waterkeeper Alliance President Robert F. Kennedy, Jr., "Among the environmental community and the more responsible gas industry players, we found a widespread mistrust of Aubrey McClendon. My personal experience with him confirms that impression. I think his conduct severely damaged the possibility that the environmental community might work with the natural gas community to develop a regulatory framework that would protect the public interest, and reduce our reliance on coal and foreign oil."

McClendon initially demonstrated his good faith to the environmental community by taking New York City's 2,000-square-mile Catskill watershed—much of it under lease by Chesapeake and its allies—off the table, promising to permanently ban fracking on Chesapeake land in the Catskills. He also offered many environmental groups support for their anti-coal campaigns, including Waterkeeper Alliance. "We thought it would be inappropriate to take that money," said Marc Yaggi, executive director of Waterkeeper Alliance who was at that time running the Waterkeeper Alliance's national campaign against mountaintop mining.

"In 2010, soon after I became the organization’s executive director, I learned that beginning in 2007 the Sierra Club had received more than $26 million from individuals or subsidiaries of Chesapeake Energy, one of the country’s largest natural gas companies. At the same time I learned about the donation, we at the Sierra Club were also hearing from scientists and from local chapters about the risks that natural gas drilling posed to our air, water, climate and people in their communities. We cannot accept money from an industry we need to change. Very quickly, the board of directors, with my strong encouragement, cut off these donations and rewrote our gift acceptance policy."

In addition, McClendon has been funding an industry lobbying group, America's Natural Gas Alliance, for a "Coal is Flithy" campaign to try and put the brakes on a Texas utility planning to build 11 new coal plants.

There was a sizable contingent within the gas industry that was genuinely interested in working together with environmentalists for tough regulations, transparency and rigorous enforcement, understanding that natural gas needed to get public confidence and not a black eye. That window only stayed open for a short time.

"Aubrey is a charming, affable, brilliant and powerful figure who had the capacity to lead his industry to do great things for our country and humanity. It's a tragedy that all of his extraordinary potential seems to have been squandered due to poor judgement and the seduction of greed and personal ambition," said Kennedy.