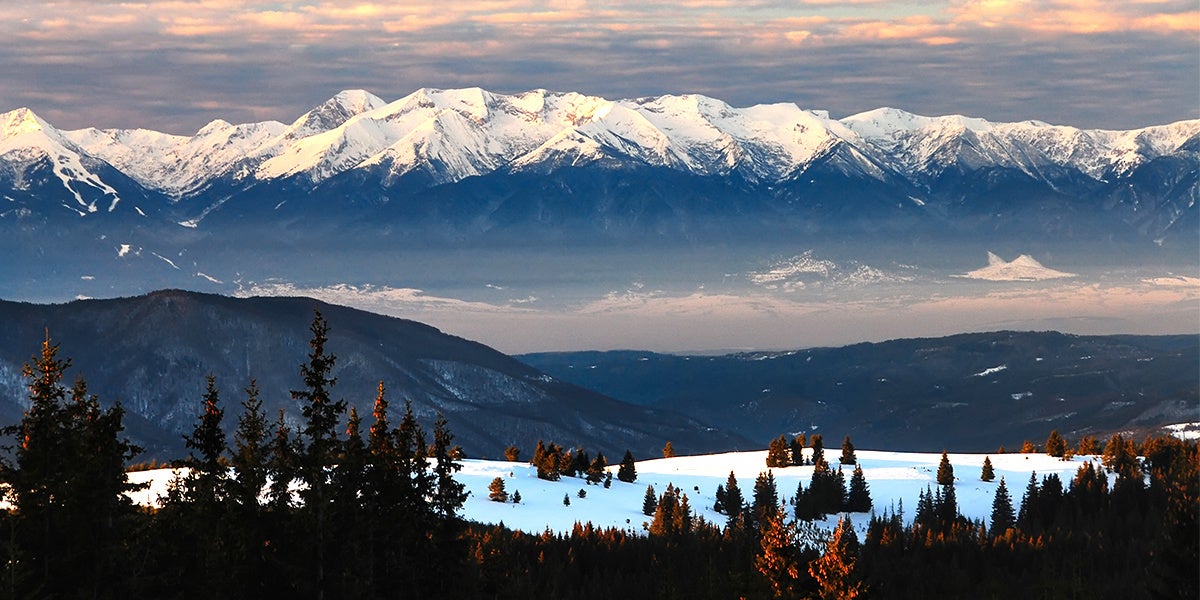 Pirin National Park, one of Europe’s most important biodiversity hotspots, has suffered irreparable damage from the construction and expansion of Bansko ski resort, reveals a World Wildlife Fund (WWF) report published Monday. The analysis found that the ski resort, approved by Bulgaria’s government in 2000, has also compromised Pirin’s long-term economic value and delivered a mixed economic impact to date.

Amendments made to Pirin’s current management plan by Bulgaria’s government in December have now opened up to 48 percent of the park to construction activities. A new draft management plan, currently under dispute in court, would allow construction of ski infrastructure in an area 12.5 times bigger than the current area and logging in 60 percent of the national park.

The report forcefully shows that these plans would cause irreversible damage to the World Heritage site and are based on a questionable business case.

“Ski development in pursuit of short-term gains has already taken a shocking toll on Pirin,” said Veselina Kavrakova, WWF-Bulgaria country head. “This report brings its damaging impact on both nature and Pirin’s long-term economic value into sharp focus. Bulgaria’s government cannot simply press on with plans to allow the ski area to increase 12-fold. It must instead listen to its citizens who are calling for Pirin to be protected.

“Sustainable economic development can better capture the long-term potential of the park and extend the tourism offering beyond skiing by developing year-round activities to attract more visitors outside the winter months.”

A UNESCO World Heritage site since 1983, Pirin is Europe’s best preserved home for iconic species such as the brown bears, grey wolves and the lesser spotted eagle. The changes to its current management plan were pushed through by Bulgaria’s government on Dec. 28 after WWF and a coalition of NGOs filed a lawsuit against the government’s proposed new management plan. This surreptitious move has sparked weekly street protests in more than 20 cities in Bulgaria and dozens more around the world.

WWF’s report, “Slippery Slopes: Protecting Pirin from Unsustainable Ski Expansion and Logging,” highlights that, when building the current ski zones, the concessionaire constructed ski facilities on 60 percent more national park territory than contracted. This construction caused irreversible damage to the national park. As a result, two areas lost the status of World Heritage Site and were labelled as “buffer zones.”

The provisions in the draft management plan now pose a potential further threat to Pirin’s important ecosystems. Ski infrastructure construction and widespread logging would seriously threaten the park’s wildlife by destroying, reducing and fragmenting natural habitats. The expansion would take place in some of the most pristine and valuable areas within the park, and would require cutting down old Macedonian and Bosnian pine trees. It is estimated that more than 3,000 hectares of forest would need to be felled to facilitate the planned expansion of ski areas.

The report also finds that the assumptions underlying the economic case for ski expansion are weak. The ski zones are shown to have had mixed economic impact on the local economy to date, as demonstrated by increased unemployment, population reduction and drastic decrease of property value. Bansko is also not maximizing the potential of its existing facilities. Furthermore, climate change effects are expected to affect snow conditions, increasing dependency on artificial snow and inflating the cost of operating the ski resort as well as pressure on local water supplies.

WWF’s report instead provides a roadmap for developing Pirin sustainably. This vision focuses on year-round sustainable tourism and an income diversification strategy for the area. Looking ahead, developments in the park’s municipalities should be guided by a national strategy for sustainable winter and summer tourism. The report also features alternatives and business opportunities for Pirin outside the ski season.

“Rather than pursue harmful ski developments, Bulgaria’s government should use Pirin’s natural value to grow the local economy in a way that doesn’t irreversibly damage this incredible national park,” said Marco Lambertini, director general of WWF International. “We are calling on all parties to come together and embrace a future that preserves Pirin for future generations to enjoy.”

If successful, Pirin could serve as a blueprint for sustainable management of mountain ecosystems in Bulgaria and beyond, and its nature would be protected for current and future generations, the report says. Otherwise, Pirin could be inscribed on the List of World Heritage in Danger as a consequence of the irreversible damage to its outstanding universal value.