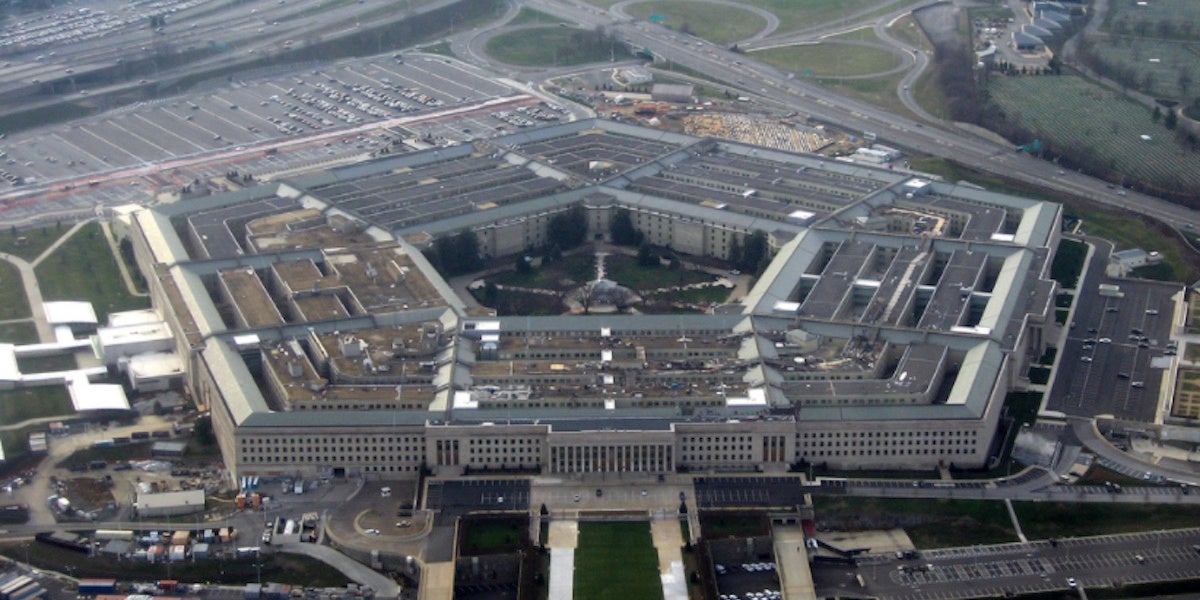 The Department of Defense (DoD) has
warned for years that climate change is a national security threat and, despite President Trump‘s orders, the agency continues to take steps to help the military navigate and prepare for the impacts of a warming planet.

As
Military Times reports, the Pentagon is plowing ahead with its 2014 “Climate Change Adaptation Roadmap” even though Trump issued an executive order in March seeking to reverse Obama-era federal climate and clean energy initiatives.

Under Obama’s orders, the Defense Department issued
directive 4715.21 in January 2016 to implement the roadmap, which “lays out reasonable adaptation and mitigation actions to ensure or at least bolster our national security against measured and measurable climate change events, whatever the causes, or the duration, of the observed events,” as retired Navy Adm. Frank Bowman said.

But now—thanks to Trump–the agency is reviewing directive 4715.21 “to determine if it should be suspended, revised, or rescinded,” Pentagon spokesman Lt. Cmdr. Patrick Evans told the publication.

However, the department is still preparing for the effects of climate change even though Trump told them to stop. For instance, as Military Times reports, the Naval Facilities Engineering Command (NAVFAC) Mid-Atlantic has been taking steps to protect the Hampton Roads base in Virginia—home to 60 Navy ships, hundreds of fix-wing and rotary aircraft and more than 83,000 active duty personnel. The 2014 climate roadmap, which Trump invalidated, stipulated that the assets were protected from a “projected sea-level rise of 1.5 feet over the next 20 to 50 years.”

“I can’t talk the science, but I can tell you what we’ve done,” Todd Lyman, NAVFAC Mid-Atlantic spokesman, explained. “For many years, NAVFAC has been replacing any single-deck pier with double-deck piers. We’ve also built structures here at a higher elevation than code requires in an effort to improve stormwater management. The goal is for us to continue our mission, maintain resilience.”

According to Military Times:

The DoD has found space to maneuver by separating the argument of climate change from the threats that more extreme sea states, wind and flooding can generate. Essentially, the DoD is moving forward by leaving the semantics of climate change to others.

“As Secretary Mattis has said, the department evaluates all potential threats that impact mission readiness, personnel health and installation resilience, then uses that information to assess impacts and identify responses,” Evans said. “The effect of a changing climate is one of a variety of threats and risks, but it’s not a mission of the Department of Defense.”

It looks like the Pentagon’s strategy is just to avoid using language related to climate change and instead focus on how the military can fortify its installations against extreme weather events and natural disasters (which, like Hurricanes Harvey and Irma, are linked to climate change.)

Unlike his White House boss, Defense Sec. Jim Mattis does not believe that climate change is a
“hoax” invented by the Chinese.

“Climate change is impacting stability in areas of the world where our troops are operating today,” Mattis wrote in March. “It is appropriate for the Combatant Commands to incorporate drivers of instability that impact the security environment in their areas into their planning.”