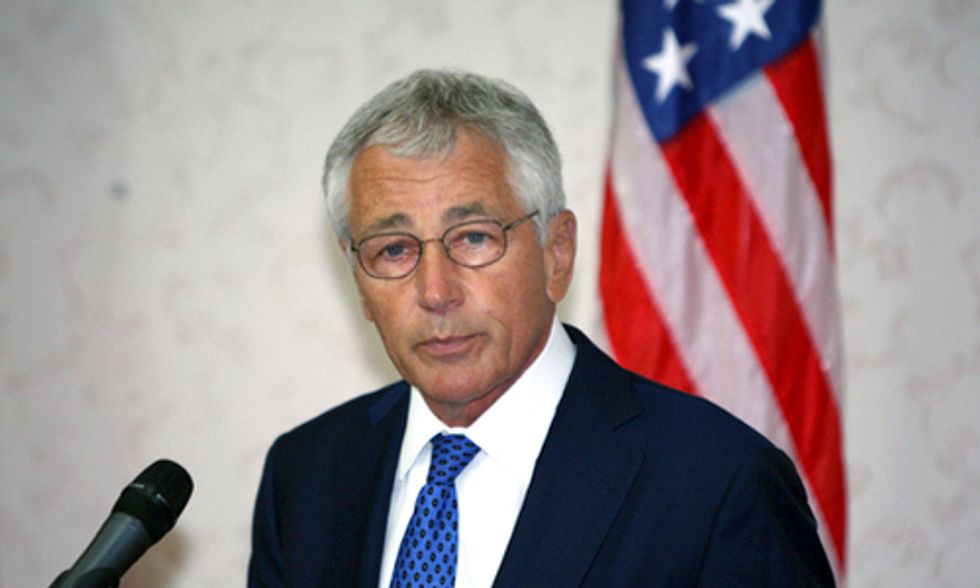 U.S. Secretary of Defense Chuck Hagel, in South America for a six-day trip leading up to the Conference of Defense Ministers of the Americas in Arequipa, Peru, will talk about how climate change has become an increasingly urgent issue for the military and what it plans to do to address it.

Hagel spoke at a news conference in Santiago, Chile, Saturday, previewing the gist of his remarks, according to a Pentagon press release "Climate Change Can Effect Security Environment."

At the news event, he said that rises in the sea level bring new potential security threats.

“When there is any natural disaster event that occurs, there always is some element of a security risk—law and order, individuals attempting to take advantage of those catastrophes, adjusting to shifts in security requirements," said Hagel.

He also pointed to the increased competition for natural resources leading to conflict.

“We see an Arctic that is melting, meaning that most likely a new sea lane will emerge," he said. “We know that there are significant minerals and natural deposits of oil and natural gas there. That means that nations will compete for those natural resources. That's never been an issue before. You couldn't get up there and get anything out of there. We have to manage through what those conditions and new realities are going to bring in the way of potential threats."

According to the Pentagon, he will amplify on these remarks today, talking about how meeting military challenges need to be rethought in light of climate change.

It's not the first time Hagel has spoken about the military challenges related to climate change. Last spring he met with defense ministers from southeast Asian countries to talk about meeting "non-traditional" security challenges created by climate change and natural disasters. He also addressed the issue at the Halifax International Security Forum in Nova Scotia in November 2013.

“Climate change does not directly cause conflict, but it can add to the challenges of global instability, hunger, poverty, and conflict," said Hagel at that event. “Food and water shortages, pandemic disease, disputes over refugees and resources, more severe natural disasters—all place additional burdens on economies, societies and institutions around the world."

He pointed to effortxs already being undertaken by the military, such as Afghan combat posts using tactical solar gear, keeping 20 millions gallons of fuel off battlefield, developing more efficient routes, and investments in renewable energy on military installations.

Unfortunately, another climate has changed too: the political climate. While the Department of Defense already had security threats due to climate change on its radar during the Bush administration, today's increasingly vocal climate deniers in Congress put Hagel, who is a Republican, at odds with many in his own party.

U.S. Military Report: Climate Change is a 'Catalyst for Conflict'

Congress Should Listen to Stephen Hawking, Not Ted Cruz, on Climate Change