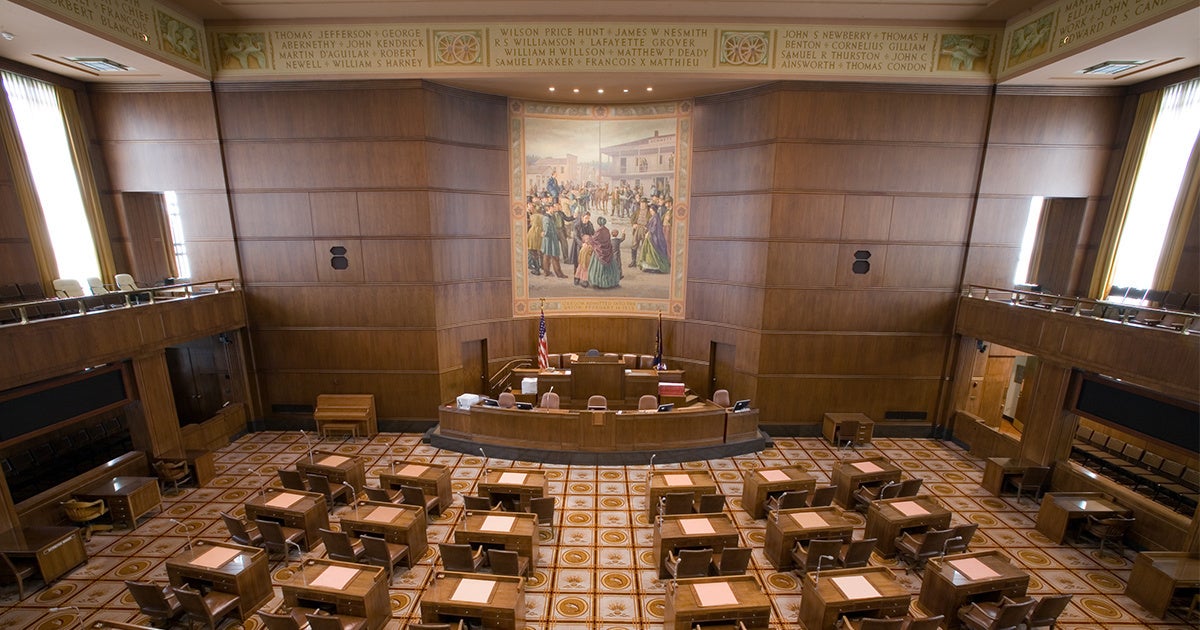 Six days after Republican Oregon Senators fled the state to avoid voting on a bill to address the climate crisis, the Senate president declared the bill dead.

“What I’m about to say I say of my own free will. No one has told me to say this,” Senate President Peter Courtney said Tuesday, as NPR reported. “HB 2020 does not have the votes on the Senate floor. That will not change.”

Outside the Senate, protesters began to chant “Hey hey, ho, ho, President Courtney has got to go.”

Green group Renew Oregon Executive Director Tera Hurst said in a statement that the group had counted enough votes to pass the bill.

“This is the biggest failure of public leadership in Oregon in recent memory,” Hurst told reporter Claire Withycombe.

Democrats needed 16 of 18 members to vote yes in order for the bill to pass, Oregon Live explained. Senator Betsy Johnson had officially opposed it and Senator Arnie Roblan had voiced concerns about its impact on gas prices. Senator Laurie Monnes Anderson, who was pushing for concessions on behalf of Boeing, a major employer in her district, was said by Capitol sources to be the third no vote, though environmental groups said she had told them she would vote yes.

“As the person who counts the votes, my personal sense is that the votes were not there,” she told Oregon Public Broadcasting.

However, if Courtney’s announcement is a concession, it is unclear if it will succeed in bringing the Republican Senators back to work. This is partly due to the fact that the bill, which has already had a final reading, is now scheduled for a vote. To avoid this, the Senate could vote to send it to committee or postpone it indefinitely, but both actions would require a quorum, meaning at least two fugitive Republicans would have to return, Oregon Live explained.

“I still have caucus members who are worried if it’s on the floor, it’ll get called up and, boom, it’s passed,” Republican Minority Leader Herman Baertschiger Jr. told Oregon Public Broadcasting by phone Tuesday. “Unfortunately we’ve been told a lot of things this session that didn’t happen. The trust element is extremely low right now.”

Courtney urged Republicans back so they could tackle other pending bills dealing with public safety, education and plans to strengthen rules against sexual misconduct in schools and improve Oregon’s child welfare program. If pending bills are not passed before the session ends June 30, they will be wiped from the record and would need to be reintroduced in a special session, according to Oregon Live.

“Senate Republicans have blocked a bill that provides a better future for our state and for our children, and the tactics they employed to do so are not just unacceptable, but dangerous,” Oregon Governor Kate Brown said in a statement reported by Oregon Live.

She urged the absent Senators to return.

“Are they against climate change legislation or are they against democracy? If they are not back by Wednesday afternoon, we will know the answer,” she said.

The bill would have been the second of its kind to pass in the U.S. after California and would have capped emissions and auctioned off pollution allowances per ton of carbon dioxide. Climate activists expressed concern about the national implications of events in Oregon.

“Essentially, democracy doesn’t exist in Oregon right now,” meteorologist and Grist writer Eric Holthaus Tweeted. “If Republicans in other states are watching, which of course they are, and attempt to mimic this tactic, no election matters anymore.”