Hey, Oregon Senators: You Can’t Run Away From Climate Change 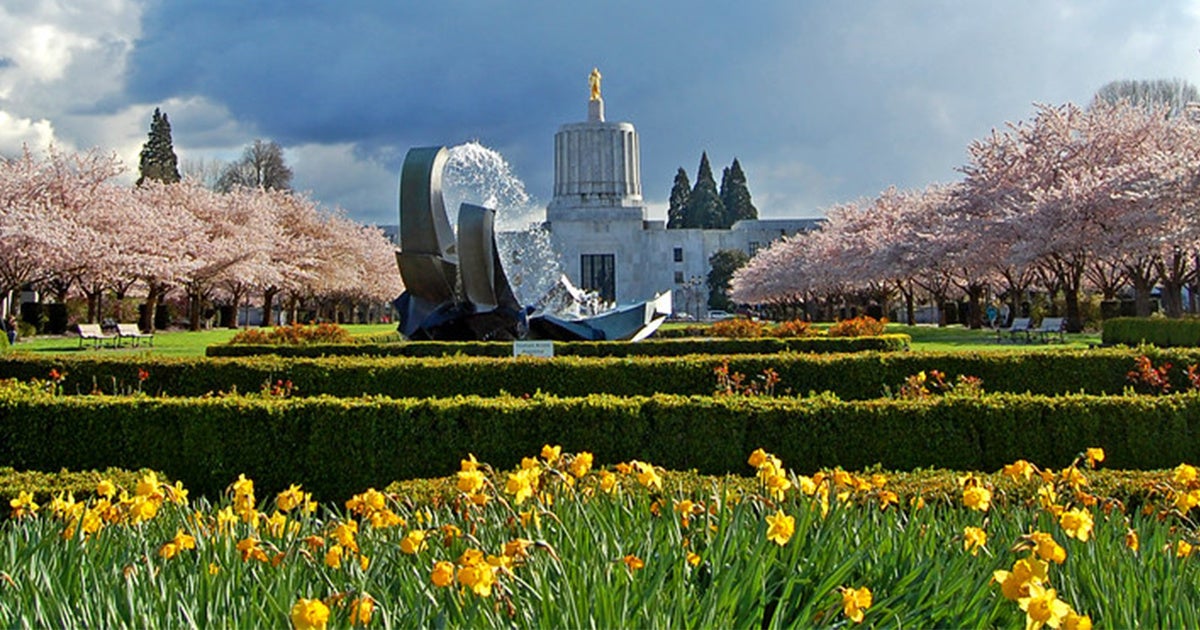 This week Oregon stands on the cusp of approving historic cap-and-invest legislation, HB 2020, that experts have said will help grow the Oregon economy. After three years of legislative consideration, numerous studies, hearings, public meetings and debate, the Oregon House approved the legislation decisively (36-22) on June 18th, and the bill moved to the Senate Floor, where a vote was expected on June 20th.

But outnumbered bill opponents, who in the House had tried to throw up every possible procedural roadblock to forestall a vote, resorted in the Senate to a highly unusual tactic – they didn’t come to work. That’s right: Oregon’s elected Senate representatives who oppose climate action didn’t show up on the Senate floor this morning, thus depriving the body of a quorum and making a vote procedurally impossible. There are press reports that several have scurried out of state to make it harder to compel them to return to do their jobs.

What on Earth Are These Senators Thinking?

The opponents of HB 2020 believe the bill will result in economic hardship for their constituents, but the performance of existing carbon pricing programs just doesn’t support that conclusion. The bill’s opponents know that neighboring California, with a much larger and more complex economy, enacted a similar program over a decade ago and the state’s still-booming economy has grown from the 8th to the 5th largest on the planet. Canadian provinces that have put a price on carbon are also thriving.

The great irony is that while HB 2020 won’t cause economic hardship, climate change already is. Oregon is already experiencing costly impacts that are only getting worse the longer governments shirk their responsibility and don’t take action. Scientists in support of this legislation warn that Oregon oyster nurseries and fisheries are facing serious risks from ocean acidification while rural and urban communities are already portending with increasing heat, droughts, floods and wildfires. These impacts will continue to put economies and lives at risk.

Much of the debate in the Oregon House centered on the problems of rural Oregon. But climate change is impartial and nonpartisan: every corner of the state will be impacted. In particular, rural areas will be hard hit by the vulnerability of natural systems like forests and waterways to climate impacts.

Rather than watching their representatives duck out of their responsibilities in a move of calculated political theater, rural Oregonians need actual help for farms and forests to prepare for and manage climate change. If enacted, Oregon’s climate bill would create funds to directly help these communities adapt.

Don’t Run Away, Do What Is Right

Climate change is impervious to partisan politics, belief systems, rhetoric and spin. No one can or will escape climate impacts. Foes say that Oregon’s emissions reductions will not make a difference because the state is too small, but size hasn’t prevented over a hundred countries with economies smaller than Oregon’s, including Portugal, Greece and New Zealand, from pledging to reduce their emissions under the Paris agreement. Why did they do this? Because it’s the right thing to do for a globally shared problem.

Yet these state Senators — at best misguided, at worst abetting a fossil fuel industry hanging on to every misdirection it can muster — are fleeing their constitutionally-mandated work. They need to stop running and start looking at the facts.

Oregon has an awful lot at stake. The entire nation — and the world — is watching. This small group of state Senators who choose not to do the jobs they were elected to do are betraying Oregon’s workers, families and children.

Adrienne Alvord is the Union of Concerned Scientists‘ California and western states director.