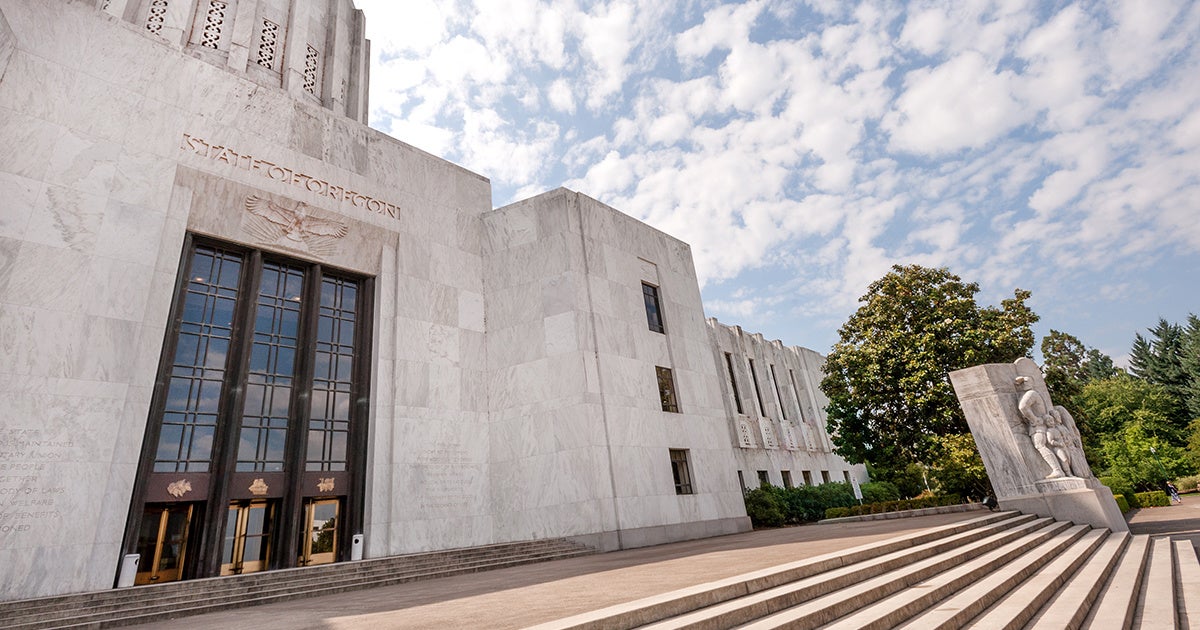 Oregon republicans fled their state rather than do anything to stop the climate crisis. The state republicans abrogated their duties as elected officials and ran away since they don’t have the votes to stop a landmark bill that would make Oregon the second state to adopt a cap-and-trade program to curb greenhouse gas emissions, as Vice News reported.

Oregon Gov. Kate Brown, a democrat, who will sign the bill into law once it is passed, ordered the state police to apprehend the Republican lawmakers who fled the Capitol. Although Oregon State Police can force any senators they find into a patrol car and bring them back to the Capitol, the police intend to use polite communication and patience rather than force, the agency said in a statement, according the AP.

In addition to the threat of police action, the senate Republicans will start facing a 0 fine for everyday they refuse to attend to state business starting Friday.

“The Senate Republicans have decided to abandon their duty to serve their constituents and walk out,” Gov. Brown said in a statement on Thursday, as The Hill reported. “The Senate Democrats have requested the assistance of the Oregon State Police to bring back their colleagues to finish the work they committed to push forward for Oregonians.” She added that it “is absolutely unacceptable that the Senate Republicans would turn their back on their constituents who they are honor-bound to represent here in this building.”

The rhetoric around the walk out has heated up as a Republican state senator made an ominously threatening statement to police.

“Send bachelors and come heavily armed,” said Republican state senator, Brian Boquist, to the superintendent of the Oregon State Police, as the New York Times reported. “I’m not going to be a political prisoner in the state of Oregon. It’s just that simple.”

Under the proposed measure, Oregon would cap greenhouse gas emissions and auction off pollution allowances for every ton of carbon industries plan to emit. The limit will then lower gradually to wean businesses off of fossil fuels: Under the legislation, the state would reduce emissions to 45 percent below 1990 levels by 2035, and 80 percent below 1990 levels by 2050, according to the AP.

Democrats claim the law will both lower emissions and drive investment toward low-income and rural communities that need to adapt to the climate crisis. The measure has the support of environmental groups, farmworkers and some trade unions, according to the AP.

The Republicans are demanding a state referendum for the voters to decide, while Democrats want to take action. When the negotiations fell to pieces, the Republicans walked out so the legislature does not have enough lawmakers present to call a vote, according to Vice News.

This is the second time in six weeks that Oregon Republicans have stopped Senate business with a walkout. Last month, Republicans walked out to block a school funding tax package. That standoff lasted four days, until the governor granted concessions by agreeing to table legislation on gun control and vaccine requirements, as the AP reported.