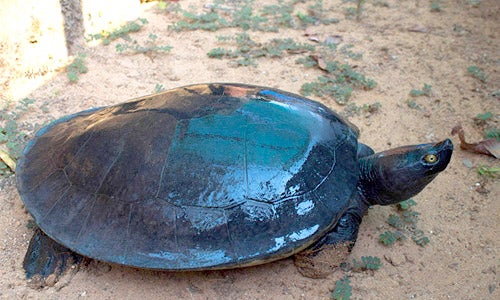 Cambodia’s Royal Turtle (Batagur affinis), also known as the Southern River Terrapin, is one of the world’s most endangered turtles and is now facing threats to its very survival due to habitat loss caused by increased sand dredging and illegal clearance of flooded forest.

For several years the small remaining population of Royal Turtles—perhaps numbering fewer than 10—have been successfully protected from extinct by the Fisheries Administration (FiA) in partnership with Wildlife Conservation Society (WCS ) and local communities. A recent increase in disturbance along the Sre Ambel River System in Koh Kong Province, the only place the species is still found in Cambodia, is putting this species at great risk. 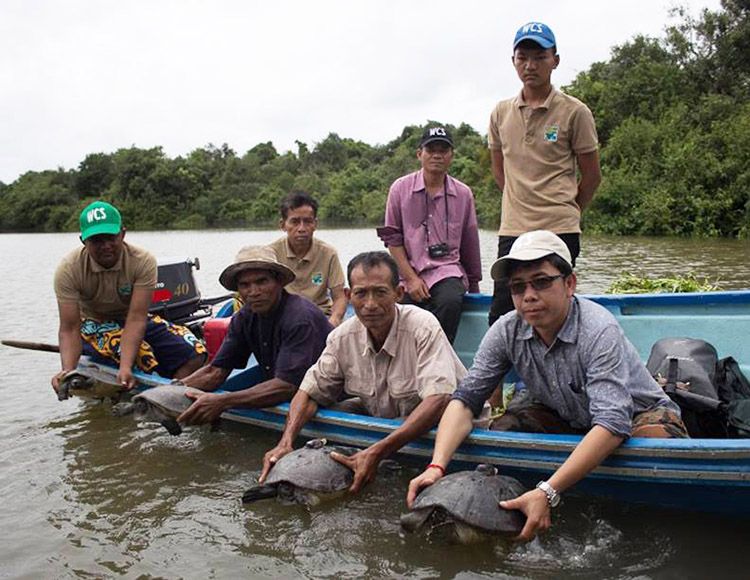 Listed on the International Union for Conservation of Nature and Natural Resources (IUCN) Red List of Threatened Species as Critically Endangered—the highest threat level—the Royal Turtle is one of the world’s 25 most endangered tortoises and freshwater turtles. The Royal Turtle is so named because in historical times only the Royal Family could consume its eggs. Until now, the species has been designated as Cambodia’s National Reptile by Royal Decree issue on March 21, 2005.

“This year our team has observed a decline in nesting of the Royal Turtle,” In Hul, FiA official and project coordinator, said. “We believe this is caused by increased sand dredging, wood transportation along the nesting habitat and illegal clearance of flooded forest disturbing the females during the breeding season.”

“Only one nest has been located this year, compared to four nests last year. This is very worrying and if it continues it will be potentially putting the species at high risk of extinction,” Hul added. 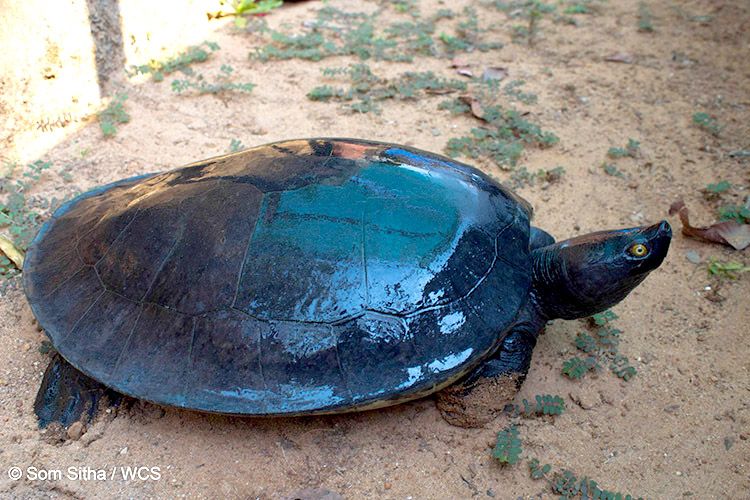 “Many people thought the Royal Turtle was extinct from Cambodia until our team re-discovered it again in 2000,” Heng Sovannara, a senior official from FiA, said.

“We are very proud of knowing that the Royal Turtle is still present in Cambodia and committing to protect it for young generations. This is a good news for Cambodia and its people and it is not too late to save our national reptile of Cambodia.”

Urgent action is needed or the Royal Turtle will disappear forever. FiA in partnership with WCS and local communities are working closely together to save the remaining population.

“A series of activities have been implemented at the site. A nest protection program pays local villagers to protect nests, generating extra income for them and allowing nests to successfully hatch,” Som Sitha, technical advisor to the project, said.

“Sand dredging and logging are big issues that could degrade all their habitat and especially their nesting beaches. We really need support from all relevant institutes to ensure disturbance along the Sre Ambel River does not drive this species to extinction.” 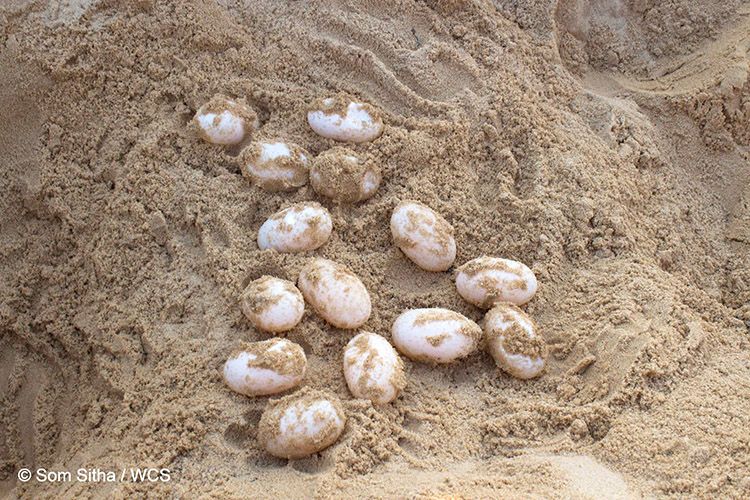 In 2001, WCS in partnership with the FiA began a community-based protection program in Sre Ambel, hiring former nest collectors to search for and protect nests, instead of harvesting the eggs.

“We used to collect turtles and their eggs for food,” Long Sman, former egg collector, said. “After joining awareness trainings, we now understand how important these turtles are and that there are only a few left, so we got involved in protection. We recently observed a decline of Royal Turtle’s population. Cutting the trees along the river and sand dredging mean there are fewer places for them to nest. We are afraid the turtle will be lost forever if we did not do something.”