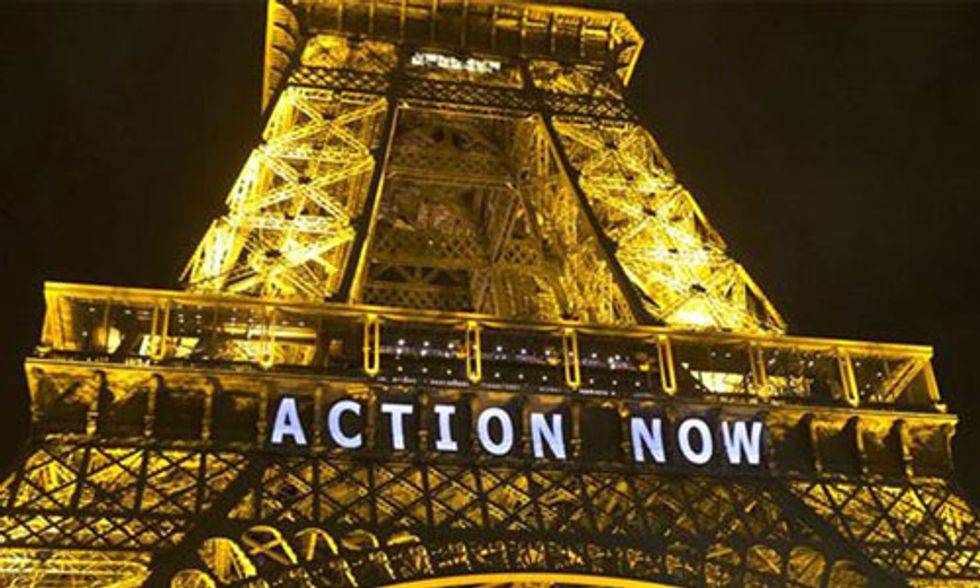 On April 22, 1970, 20 million Americans hit the streets to protest the environmental effects of more than 100 years of uncontrolled fossil-fueled industrial development. It was the first Earth Day.

What was intended to be a college campus teach-in soon spread to every community and city across the United States. It was and remains the single largest secular event in history. The sheer size of the protest—along with increasing visual evidence of dire health threats associated with air and toxic pollution—soon forced Congress to pass some of the world's toughest environmental laws, most of which include community right-to-know provisions and allow citizens to sue their government if it fails to enforce the law.

Citizens' rights have been enshrined in every major environmental law from that point on. These laws spawned others around the world—many more stringent than those in the U.S.—and most recognize the role of citizens in the enforcement of environmental laws.

Nearly 50 years later, Earth Day remains a day of reckoning, and now more than 1 billion people take action each year in almost every country on Earth. Some protest, many clean up their communities and plant trees, and millions more have their first exposure to environmentalism through educational programs at schools and universities. Governments large and small make commitments and meet with their constituents, while corporations make pledges to be more sustainable and responsible for the pollution they create.

It is fitting then that United Nations Secretary-General Ban Ki-moon chose Earth Day, April 22, for world leaders to sign the historic Paris climate agreement at UN headquarters in New York. At least 150 world leaders are expected to sign, making it the largest single signing of an international agreement in world history (another Earth Day first). And it's happening not a moment too soon. On every front, global warming is becoming more immediate, more threatening and more irreversible, while scientific consensus and data on the health effects of climate change—particularly on the poor—mount.

Critics warn that the agreement's specific emissions targets are too low, that the pace of implementation is too slow, and it fails failed to specify penalties for non-compliance. That's where we the people come in.

Included in the climate agreement are provisions that recognize the critical role civil society must play to make it work. It calls on citizens to scale up their efforts and support actions to reduce emissions. It signals the need for all of us to be actively engaged in transforming our world from one dominated by fossil fuels to one driven by renewable energy. While these words don't amount to a call for revolution, it's clear both the UN and world leaders recognize that citizen participation in solving global warming has been missing. The success—or failure—of the agreement is on our shoulders.

This isn't a fight in which any of us can remain on the sidelines and hope for the best. Unless we take these matters into our own hands, the agreement alone won't save the world's ecosystems from collapsing, or our biodiversity, which supports all living things on Earth, from disappearing.

Doing our part doesn't mean merely buying green products or inquiring how things are going. It means action. It means a direct challenge to the status quo. It means holding our elected officials accountable and voting out of office national, state and local leaders who won't take action on climate change. It means not passing the buck and hoping others do the hard work.

For many, getting involved means knowing how your retirement accounts and pensions are invested and demanding divestment from fossil fuel stocks. It means demanding that your children be educated for green jobs of the future. It means showing up at town hall or city council meetings and asking about your community's survivability in a climate crisis. It means saying “No" to every new coal or fracking project, and retooling those communities for safer green powered jobs.

And there are no doubt countless other ways to act. Undoubtable, the climate agreement makes it clear that governments don't have the power to solve climate change alone. We all must do something more than we currently are. Earth Day 2016 is not about crossing the finish line. When the agreement is signed, the hard work begins anew.