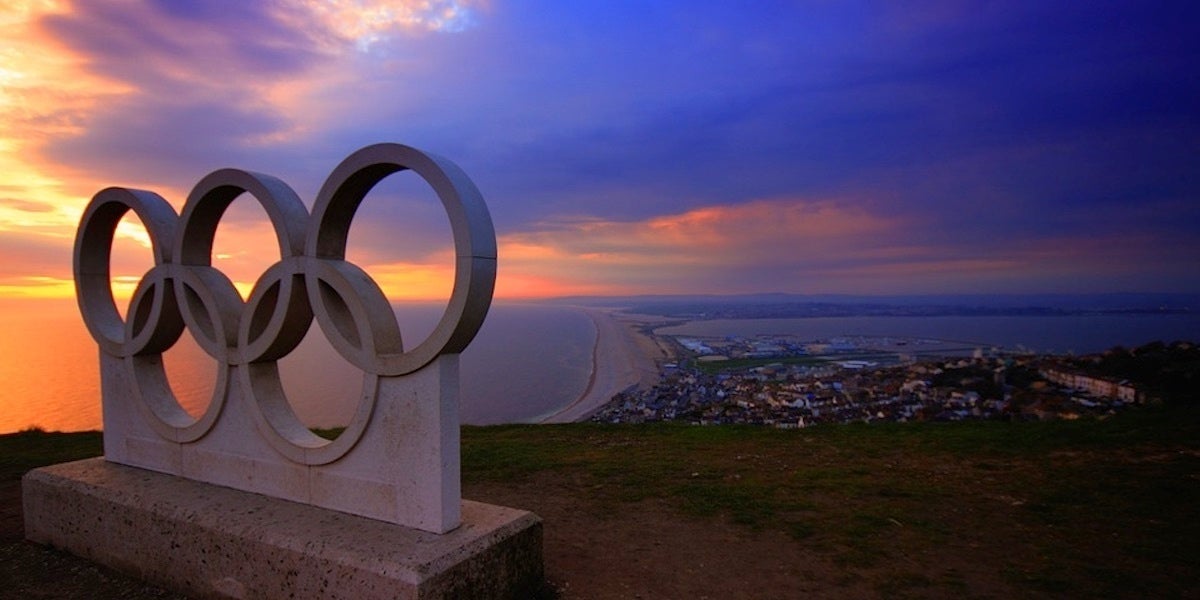 The world of sport is not immune to the problem of
plastic pollution. Stadiums and arenas can become filled with discarded cups, bottles and straws after sporting events. Sailors, swimmers and surfers are competing in oceans and waterways with an ever-growing presence of marine debris.

That’s why on Monday the International Olympic Committee (IOC)
announced plans to eradicate single-use plastics from the organization and its events around the world. What’s more, seven major sporting bodies and representatives from more than 20 National Olympic Committees have joined the UN Environment’s Clean Seas campaign to help bring awareness to marine litter and stem the plastic tide.

“This is the biggest commitment ever made from sport to address plastic pollution,” said Erik Solheim, the executive director of UN Environment and a member of the IOC Sustainability and Legacy Commission, in a statement. “The International Olympic Committee’s Clean Seas pledge will transform the awareness and use of plastic waste in sport. We are delighted to see the actions taken by so many sporting organizations as well as sponsors.”

One of the initiatives from World Sailing is to eliminate single-use plastic at events (with the exception of boat branding) by 2019.

“We are thrilled that the IOC are calling on sport to join forces in reducing marine litter,” Dan Reading, sustainability program manager at World Sailing,
stated. “As sailors, we see the problem first hand in our Oceans but all sports have a part to play.”

International Triathlon Union president and IOC member Marisol Casado
added: “As with any organization that organizes large-scale events around the world, it is our duty to mitigate the environmental impact that we have.

“We are committed to reducing the use of plastic at our events, using recycled and recyclable products wherever possible and working with all our stakeholders and athletes to ensure that it becomes common practice in every corner of the globe,” she noted.

.@worldtriathlon takes its responsibilities to the planet very seriously, it is our duty to mitigate the environmental impact that we have. Beat plastic pollution! Take the pledge https://t.co/OBVAOJxdxG @Olympics #WorldEnvironmentDay #CleanSeas https://t.co/CZTZAcvtSD pic.twitter.com/8827G3pq05

According to a press release, the IOC said it has already begun reducing waste at both its headquarters and the Olympic Museum in Switzerland. It aims to drive responsible material use at all IOC events in collaboration with its suppliers by 2020.

The IOC will also provide educational toolkits and workshops to the sports community and is working on coastal clean-ups, campaigns and education programs with the 17 nations in Oceania, a region seeing first-hand the impacts of marine debris.

“The IOC is embracing sustainability in its day-to-day operations, as well as taking a proactive leadership role to inspire Olympic stakeholders and the wider sports community to implement best sustainability practices,” said Prince Albert of Monaco, who serves as the Chair of the IOCSustainability and Legacy Commission in a statement. “Making a pledge to the UN Environment’s Clean Seas Campaign is another important example of how the IOC is implementing its Sustainability Strategy.”

Monday’s announcement from the IOC was supported by its sponsors that have also made pledges to reduce marine litter: Coca-Cola, Dow Chemical Company and Procter & Gamble.

The sports bodies made the following commitments towards the Clean Seas movement: