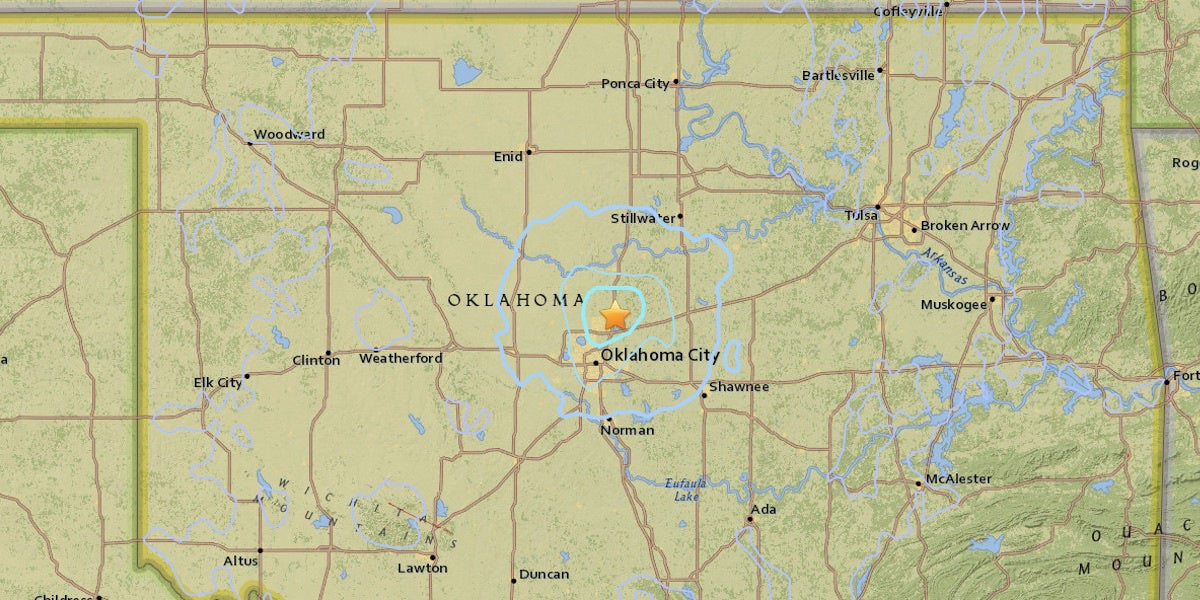 Several earthquakes have struck Oklahoma this week, including a magnitude 4.2 that hit the central part of the state on Wednesday night.

“The past 24 hours have had an uptick in earthquake numbers, with 8 quakes ranging from 2.6-4.2 magnitude occurring in Oklahoma,” USGS tweeted.

An earthquake at that magnitude feels like a “heavy truck striking building,” the agency explained on its website.

The temblor caused power outages for more than 4,600 electricity customers in north Edmond. The power was completely restored by 11 p.m. local time.

Edmond’s police department reported no significant damages from that earthquake, but many locals and households were shaken up.

Oklahoma City resident and KWTV meteorologist Cassie Heiter tweeted, “That was the biggest earthquake I’ve ever felt. Never want to experience that again.”

According to Joe Wertz of StateImpact Oklahoma, residents said the “earthquake cracked floors and walls, and knocked household items off shelves and counters.”

The Associated Press reported that at least six earthquakes with a magnitude 3.0 or greater have struck the central part of the Sooner State since Tuesday.

A growing body of research has linked Oklahoma’s alarming spate of “induced” or “man-made” earthquakes to the injection of wastewater from oil and gas production into disposal wells.

In September 2016, a magnitude 5.8 earthquake—the state’s largest ever recorded—struck near the town of Pawnee.

The state has seen a drop in earthquakes this year, likely due to regulations in wastewater disposal activity.

The Oklahoma Corporation Commission’s Induced Seismicity Department and the Oklahoma Geological Survey are investigating the recent Edmond-area earthquakes. The commission also said that no disposal wells are in the area but a known fault is in the vicinity.