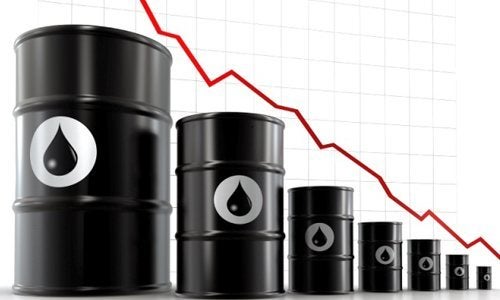 According to Bloomberg Business, crude oil dropped below $30 a barrel for the first time in 12 years amid concern that turmoil in China’s markets will curb fuel demand. On Tuesday afternoon, crude in the West Texas Intermediate, the key U.S. benchmark for crude oil, fell to its lowest since December 2003. Crude’s price briefly dipped as low as $29.97 on the New York Mercantile Exchange. It settled at $30.22 for the end of the trading day, $1.19 below the previous day’s settlement, more than a 4 percent drop.

Investors are worried that China’s economic growth may continue to slow, making them “the least bullish” in five years, Bloomberg reported. And Morgan Stanley told Bloomberg that if the U.S. dollar rapidly appreciates, Brent Crude, the international benchmark for crude oil, may drop as low as $20 a barrel.

“Oil extended a 70 percent drop since June 2014 as volatility in Chinese markets fueled a rout in global equities and U.S. stockpiles remained more than 120 million barrels above the five-year average,” Bloomberg said. “Saudi Arabian Oil Co., the world’s biggest crude exporter, confirmed on Jan. 8 it was studying options for a share sale, including listing ‘a bundle’ of refining subsidiaries.”

“What we’re looking for is a massive slowdown in supply [of oil]. And the problem is we’re not getting it,” Norrish told Keene. “OPEC’s [Organization of the Petroleum Exporting Countries] production has been increasing … and we’ve had an incredibly warm winter, and the demand isn’t there.” Ultimately, he said, “prices will continue to fall until the supply side shows clear signs of adjusting.”