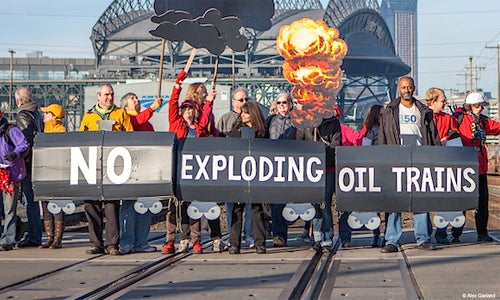 In the past year the number of accidents involving trains carrying crude oil has skyrocketed. In fact, in January, it was reported that 2013 saw more oil spilled from railcars than the past four decades combined, according to a McClatchy analysis of federal data from the Pipeline and Hazardous Materials Safety Administration. 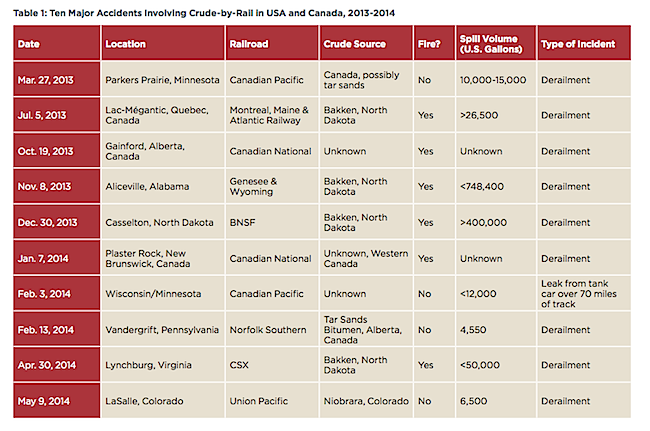 The challenge to extract every last drop of oil from the North American continent is on. To achieve this, the oil industry has taken to pushing for new pipelines while at the same time increasing crude oil-by-rail transportation. Despite dozens of oil train disasters, the industry is seeking to dramatically expand oil by rail in the U.S. and Canada. Big Oil is fully invested—regardless of the cost to communities or climate. 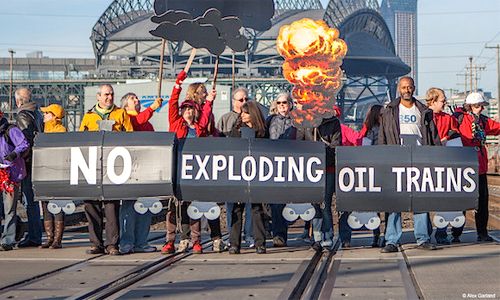 Oil Change International aims to provide some push back against the oil industry’s reckless expansion with the creation of their new online resource hub, full of data providing crucial information on the booming oil-by-rail business. The toolbox includes an interactive map, detailed reports tracking where trains are being loaded and unloaded, and much more.

July 6—the anniversary of the Lac-Mégantic crude-by-rail disaster—will be the kick off of a continent-wide week of action hosted by Oil Change International, together with ForestEthics, 350.org and Sierra Club, to send a message to big oil: keep the oil off the rails and in the ground.

How Climate Change Could Lead to More Oil Train Derailments

Transporting Fossil Fuels: Rail vs. Pipeline Is the Wrong Question