Ohio Passes One of the Worst Fracking Laws in the U.S. 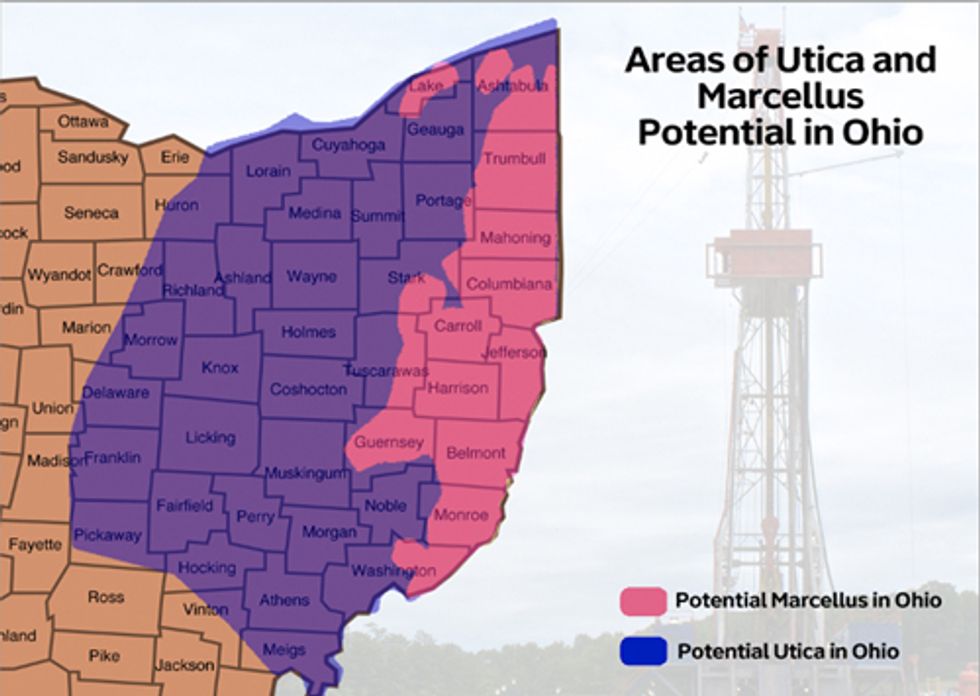 On May 24, the Ohio’s State Assembly passed Senate Bill 315—one of the worst fracking laws in the nation—by a 21-8 vote in the Senate and a 73-19 vote in the Ohio House that approves new regulations governing hydraulic fracturing in the Utica and Marcellus shale formations running under nearly half of the state. The shale gas provisions are part of a larger energy bill that also addresses Ohio's renewable energy portfolio standard.

The bill heading to Gov. Kasich’s desk fails to reinvest in Ohio communities, adequately protect Ohioans from the toxic impacts of the fracking industry and address the growing climate crisis.

SB 315 will allow health and safety loopholes. It requires the gas industry to pay less than almost any other state in the country, exposing our communities to the worst excesses of the fracking industry. Doctors will be prevented from talking openly about the sickness they see in their patients, and the gas industry will keep profits flowing out of our communities.

The rumblings you hear when this bill is signed is not the sound of another injection well caused earthquake—it's the rumblings of a backlash against the politicians who have been bought by the gas industry and have chosen to sacrifice Ohio in return.

Those rumblings will become an uproar next month when we take over the streets and statehouse in Columbus to tell Gov. Kasich: Don’t Frack Ohio! at a rally on Sunday, June 17.

The industry has told Ohioans to prepare for thousands of new wells. Here are some of the worst things about SB 315 that you need to know:

• Key portions of the bill were written, word for word, by the gas industry. Gov. Kasich and the fracking industry's biggest supporters adopted model legislation proposed by the industry to set disclosure and key safety rules.

• Fracking companies can hide which chemicals they use in the fracking process by calling them "trade secrets." What little they do disclose is 60 days after drilling takes place, too late for communities to test to show what was in their water before drilling, rendering the disclosure meaningless.

• The gas industry pays nothing for the mess they create. Gov. Kasich's minor tax on individual wells is offset by new tax breaks on property taxes and other giveaways, which means the gas industry will pay less in Ohio taxes than they do in any other state in the country.

• No citizen notification or input will be allowed on any part of the fracking industry. There is no public notice, no public comment, and no right to appeal for drill sites, pipelines or compressor stations.

On June 17, let's show Gov. Kasich that there are consequences for casting your lot with the gas industry as the world warms. We'll be taking over the statehouse to send an unmistakable message to him and the other bought-and-sold politicians that we won't let them frack Ohio.

Here's why Mark Ruffalo is so excited about this action—and why he hope you'll join us: