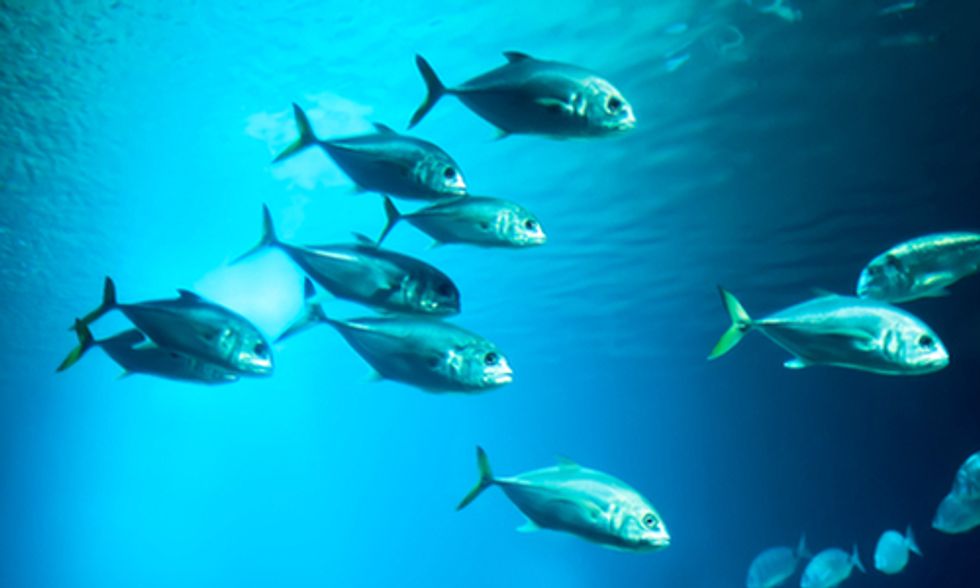 Acidic ocean water blunts the sense of smell in fish, making them bolder—perhaps recklessly so, according to a new study offering a glimpse of the oceans of the future.

Fish in acidic waters are more attracted to their predator's smell, amongst other harmful effects from ocean acidification.
Photo courtesy of Shutterstock

"If reef fish behavior does not adapt to rising [carbon dioxide] CO2 levels over coming generations, there could be serious consequences for the structure and function of future reef communities," the authors wrote in the study published in Nature Climate Change.

The researchers, however, were surprised to find fish populations near the carbon seeps about as diverse and abundant as the fish from normal reefs.

The researchers studied young fish living near reefs in Papua New Guinea where CO2 venting from volcanic seeps make the water more acidic. Compared to fish from reefs without seeps, the fish in acidic waters were more attracted to their predator's smell, didn't distinguish between different habitats' odors and were bolder, emerging from shelter at least six times faster after a disturbance.

The findings build on laboratory and field studies suggesting that increasing ocean acidification will impair fish behavior and gravely affect creatures like coral and shellfish that depend on calcium for a shell.

The oceans have absorbed about one-third of humanities' greenhouse gas emissions, buffering the atmosphere. But as oceans absorb the carbon dioxide —some 530 billion tons to date—seawater becomes more acidic. The water's pH, a measurement of acidity, remained stable at 8.2 for roughly 300 million years before industrialization. Today it is near 8.1, a drop of 25 percent on the logarithmic scale.

Seawater pH near the seeps in Papua New Guinea is about 7.8—the same pH that ocean surface waters will reach by 2100, according to climate models assessed by the Intergovernmental Panel on Climate Change.

"This is the first time people have been able to test what would happen in 100 years," said Danielle Dixson, an assistant professor at Georgia Tech University and co-author of the study, which was led by Australian researchers.

The differences are striking, said Karl Castillo, an assistant professor of marine sciences at the University of North Carolina who was not involved with the research.

"This is a strong study," Castillo said. "There's no doubt there is something happening here due to acidification."

Most animals on coral reefs, including fish, rely on chemical cues to know if they should hide or eat or mate with something, Dixson explained. Acidity dulls the ability to detect those cues, and the impacts could cascade through the entire reef.

"Not being able to recognize a predator is one of the most dangerous things for any animal," Dixson added.

Given the behavior differences, it's not clear why there wasn't more difference in species composition and richness between the seep reefs and the normal reefs, Dixson said.

The study is just the latest example of why ocean acidification needs to be addressed, said Emily Jeffers, a staff attorney with the Center for Biological Diversity. The Center for Biological Diversity has petitioned the U.S. government to list certain species of corals and reef dependent fish as endangered to offer some protection from acidification.

In 2010, the U.S. Environmental Protection Agency passed a ruling that water impacted by ocean acidification should be listed as impaired under the Clean Water Act. However, no state has listed water as such yet.