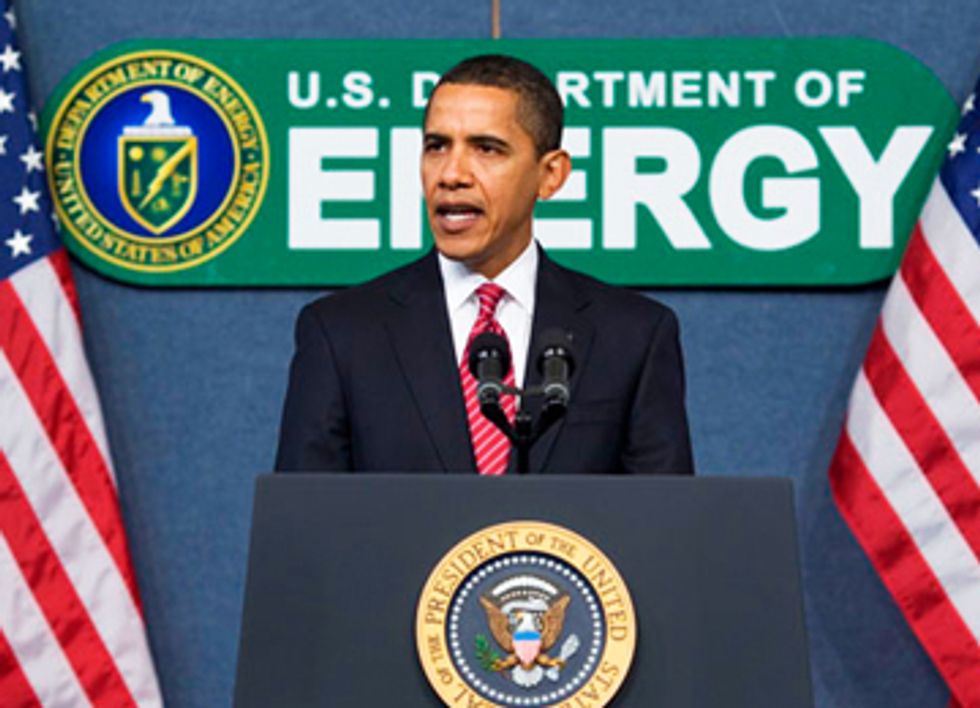 President Barack Obama tweeted on Saturday that “we owe it to our kids to do something about climate change.”

The tweet and its accompanying video lay the ground for Obama’s major and long-awaited speech on climate tomorrow at Georgetown University.

In the video, Obama argues that: “There’s no single step that can reverse the effects of climate change. But when it comes to the world we leave our children, we owe it to them to do what we can.”

As the most powerful person in the free world, Obama can do more than most. His words in the video are not really new: he has made similar positive statements before, such as in his inauguration and State of the Union address. But despite the positive rhetoric, political action to tackle climate change has been limited due to the gridlock in Washington with open hostility to climate policies from the Republicans.

Due to this, the U.S. media are reporting that Obama is intending to introduce a series of executive actions, which do not need Congress's approval to be made into law. These measures will reportedly include tighter regulation of coal-fired power plants, increased energy efficiency standards and the promotion of renewable energy on public lands.

The good news is that Obama could undertake all of these policies without congressional approval. But while reducing pollution from power plants would be a welcome first step, there are other decisions that Obama can no longer duck.

First up, of course, is the pressing decision on Keystone XL (KXL). This is now seen by millions in the U.S. and abroad as the true litmus test of Obama’s stance on climate. Approve the pipeline and all his positive rhetoric counts for nothing—but by rejecting it, the President would send a powerful message that we cannot afford to burn the highly polluting tar sands.

But just as important as saying no to KXL is moving away from Obama’s “All of the Above" energy plan, which advocates a continued use of fossil fuels.

In that respect, as I have covered before, the President’s “All of the Above” energy plan is misguided. In reality it is little more than “Drill Baby Drill” by another name. The science is telling us that we cannot have all of the above. We cannot carry on relentless oil and gas drilling.

Moreover, As Steve Kretzmann and I have written before, “The President cannot simultaneously fight climate change and support an All of the Above/Drill Baby Drill energy strategy. It would be like launching a war on cancer while promoting cheap cigarettes for kids. Leadership on climate requires understanding this.”

Tomorrow the President clearly wants to show climate leadership. His intervention is welcome, but this time he must not fluff his lines. And that means no more “All of the Above,” as well as no KXL.

Moreover the President could set out a clear radical vision. Over in public health, tobacco control advocates have started talking about an “endgame” for eliminating cigarettes for society, with some countries, such as New Zealand, setting definitive time-scales to do so. It is time for politicians to do the same with fossil fuels. It is time to think about becoming fossil-free and setting a timescale to achieve that goal.