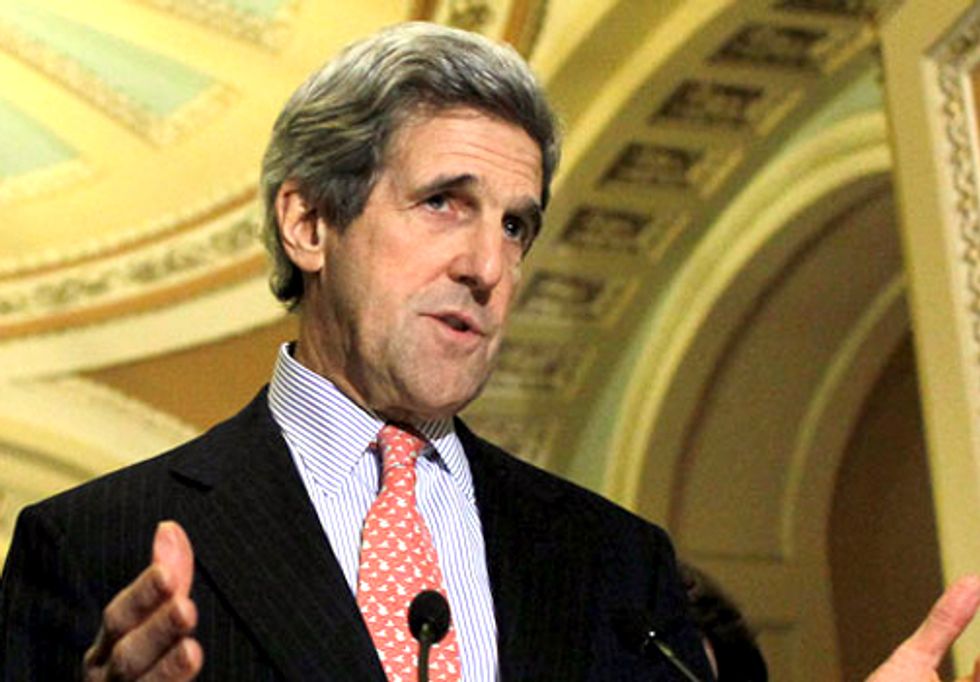 President Obama will nominate John F. Kerry, the five-term senator from Massachusetts, today, according to Washington officials, to replace Hillary Rodham Clinton as secretary of State.

“Given the tremendous threat posed by climate change to global human security, and indeed to all of humanity and the planet we inhabit, we expect Senator Kerry to make clear his commitment to making climate change the signature issue of the State Department under his leadership," said Friends of the Earth President Erich Pica.

“Senator Kerry has a remarkable record as a longtime environmental champion and climate leader, and the Sierra Club is encouraged that he has been nominated to take the reins at the State Department," said Executive Director of the Sierra Club Michael Brune.

“As Secretary, Senator Kerry will face numerous issues that are crucial to both the security of our nation and the future of our planet, including critical decisions on the Keystone XL pipeline and the international financing of dirty energy. We are eager to work with him as he brings his commitment to fighting climate disruption to the world stage," said Brune.

“As secretary of state, Sen. Kerry would have to demonstrate the highest degree of visionary and committed leadership to tackling the climate crisis according to what science and equity dictate. He would be required to fight doggedly to elevate the Obama administration’s prioritization of climate change to the highest level, with such a mandate to be carried out internationally by climate negotiators operating in a spirit of cooperation and respect for the global crisis we all face and for which the U.S. bears the greatest historical responsibility," continued Pica.