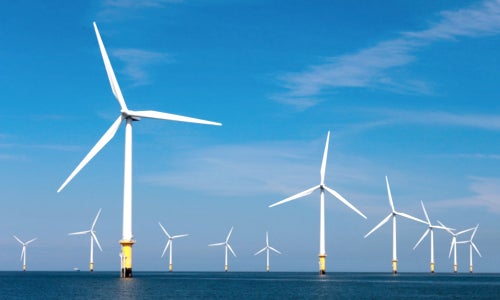 The Cape Wind project faced a dozen opposers in court over the years, but it has never been closer to reality.

The U.S. Department of Energy on Tuesday announced the first step toward issuing a $150 million loan guarantee to help Cape Wind begin constructing the nation’s first offshore wind farm as early as next year. The commercial-scale operation would create a capacity of 360 megawatts of energy off the coast of Cape Cod, MA.

The DOE is deeming the announcement as a “conditional commitment” with a promise to monitor the project’s development before closing the loan guarantee. The DOE would join a slew of public and private lenders helping bring the $2.6 billion farm to light. 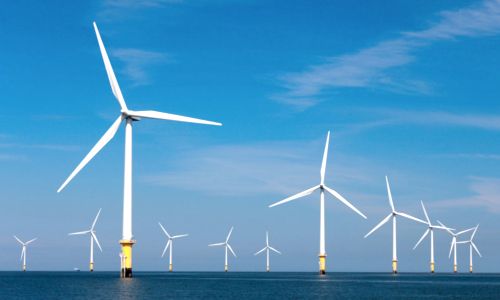 A conditional loan guarantee is the firmest, federal backing Cape Wind could have hoped for at this point. Rendering credit: Cape Wind Project

“Today’s announcement by the Department of Energy represents an important endorsement by the United States government of the environmental, economic and energy benefits that offshore wind will provide to our country,” Cape Wind President Jim Gordon said in a statement. “We appreciate Energy Secretary [Ernest] Moniz helping launch the American offshore wind industry, creating jobs and unleashing a new clean energy source for the nation.”

“Offshore wind will not only provide a new, clean source of energy for the United States, it will reduce American reliance on fossil fuel, mitigate climate change and jump start a new U.S. industry that will create thousands of clean energy jobs,” Patrick said.

Updated project figures show that it would create about 400 construction jobs and 50 operations jobs. Its 130 or so turbines would create much of the electricity needed to power Cape Cod, Nantucket and Martha’s Vineyard.

“There is tremendous potential for producing clean, pollution-free wind energy off of our coasts,” Environment America Energy Program Director Rob Sargent said. “We are thrilled that the Obama administration has announced another critical step forward in making this vision a reality for America. As states transition away from dirty energy under the Regional Greenhouse Gas Initiative and the Environmental Protection Agency’s proposed Clean Power Plan, offshore wind energy is the Atlantic Coast’s largest pollution-free resource.”