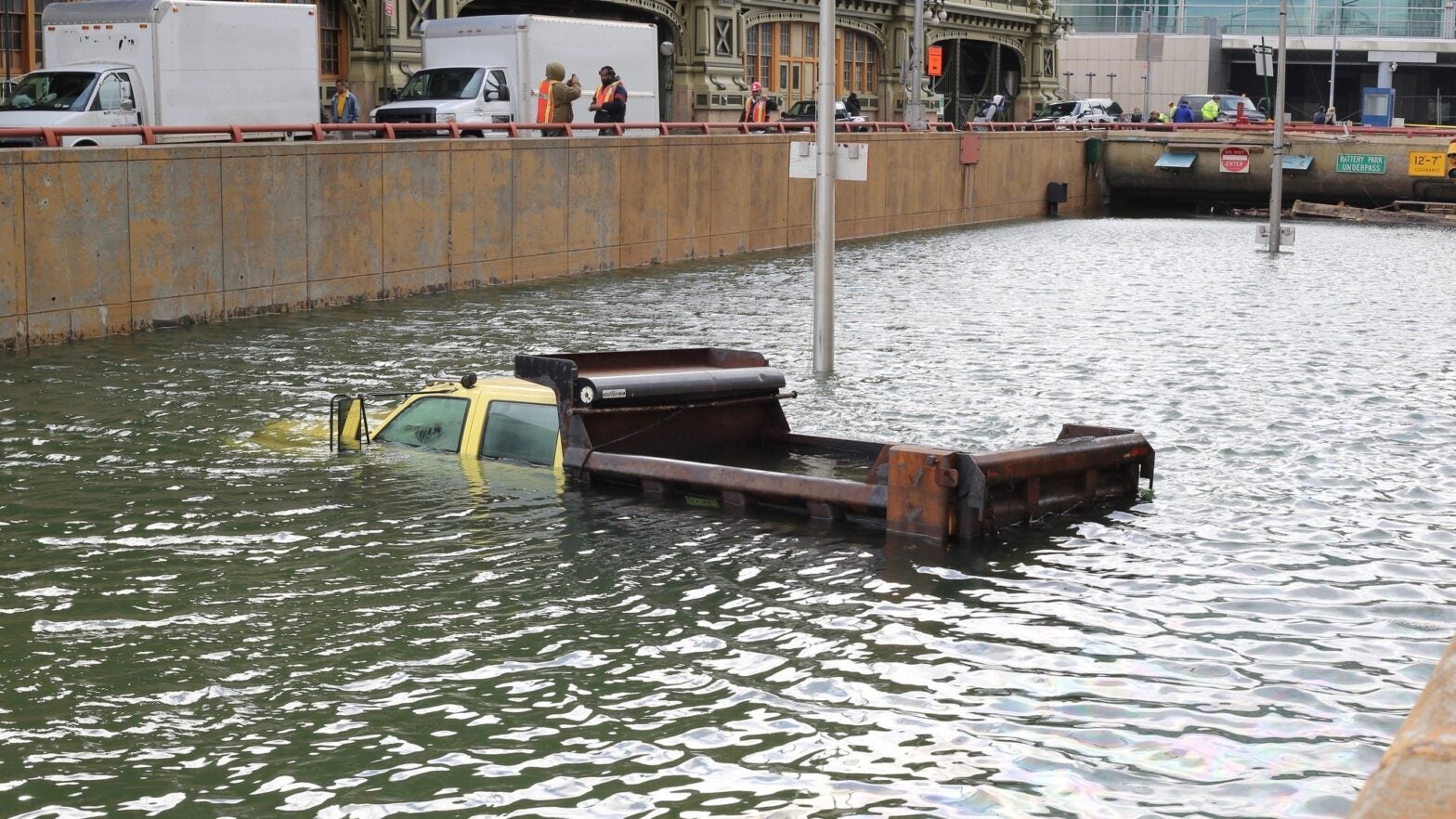 Flooded battery park tunnel is seen after Hurricane Sandy in 2012. CC BY 2.0

President Trump has long touted the efficacy of walls, funneling billions of Defense Department dollars to build a wall on the southern border. However, when the U.S. Army Corps of Engineers (USACE) released a study that included plans for a sea wall to protect New Yorkers from sea-level rise and catastrophic storms like Hurricane Sandy, Trump mocked it as ineffective and unsightly.

Now, six-weeks after plans for a sea wall drew the President’s derision, the federal government abruptly decided to halt the project, according to The New York Times.

The sudden announcement from USACE to indefinitely postpone plans for a sea wall surprised some of its own officials, local politicians and environmental activists, all of whom see a mounting threat to New York City from the climate crisis, as The New York Times reported. The USACE official in charge of the project said it was very unusual to lose funding after more than three years of work on the project and millions of dollars spent.

“This doesn’t happen,” Robert Freudenberg, vice president for energy and environment at the Regional Plan Association, an urban research and advocacy group, said to The New York Times. “This is an in-progress study.”

Six weeks ago, on Jan. 18, after USACE created five possible proposals to reduce storm flooding during large coastal weather events, President Trump attacked the most expensive plan, which called for a sea barrier with retractable gates that would stretch from New Jersey to Queens.

“A massive 200 Billion Dollar Sea Wall, built around New York to protect it from rare storms, is a costly, foolish & environmentally unfriendly idea that, when needed, probably won’t work anyway. It will also look terrible. Sorry, you’ll just have to get your mops & buckets ready!” Trump tweeted.

New York was not the only Democratic-leaning area to lose funding for a project that would protect its citizens from floodwaters. Recently, similar projects in Baltimore, Rhode Island, and New Jersey also lost funding. A senior administration official said, “it is required that these studies have a reasonable cost and scope. These particular ones did not,” as The New York Times reported.

“We can only speculate, but I think the tweet gives a clue as to the reason” for the suspension, Freudenberg said to The New York Times. “This is a president who gets good headlines for his base out of acting against ‘blue’ states, and there’s a disturbing pattern of stalling or trying to end projects that are important to the Northeast.”

Cancelling the project has left New York and New Jersey in a lurch since it stripped the two states of their best chance at procuring federal money to address coastal flooding.

“There is no other study underway at this scale that could give federal dollars to protect our people, our businesses and our ecosystems,” Scott Stringer, New York City’s comptroller, said to The New York Times.