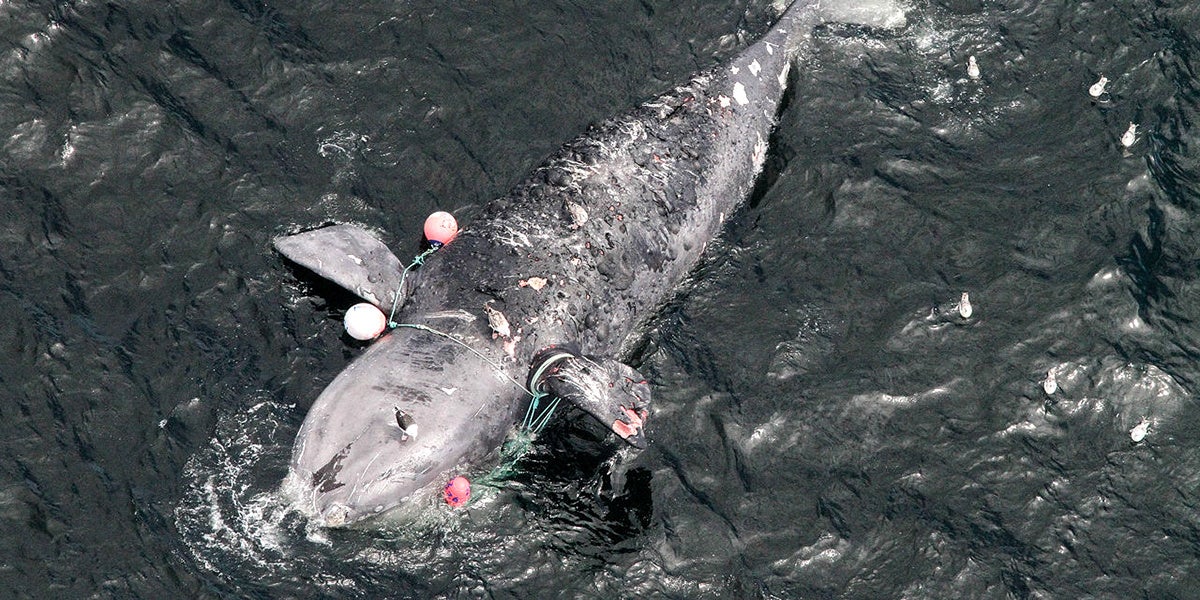 Centuries ago, naturalists believed that the animals of the sea mirrored the animals of the land. Elephants were matched by sea-elephants, chickens by sea-chickens. The clergy even got paired with sea-bishops and sea-monks. In 2017, land and sea mirrored each other in a less literal way. As humanity reeled from hurricanes, wildfires, earthquakes and shootings, a rare whale endured its own year of horrors.

At least 17 North Atlantic right whales died in 2017—the species’ worst year since hunting them was banned in 1937. There are around 450 whales left, and just 100 breeding females, which are bearing calves at the glacial pace of one every nine years.

The whales’ plight has not gone unnoticed. A host of regulations in the U.S. and Canada curtail the two biggest whale-killers around: collisions with boats, and entanglements in fishing gear. But as 2017 laid bare, these rules aren’t enough. In December, officials at the U.S. National Oceanic and Atmospheric Administration (NOAA) announced the 16-meter (50-foot) giants could be functionally extinct in as little as 20 years. 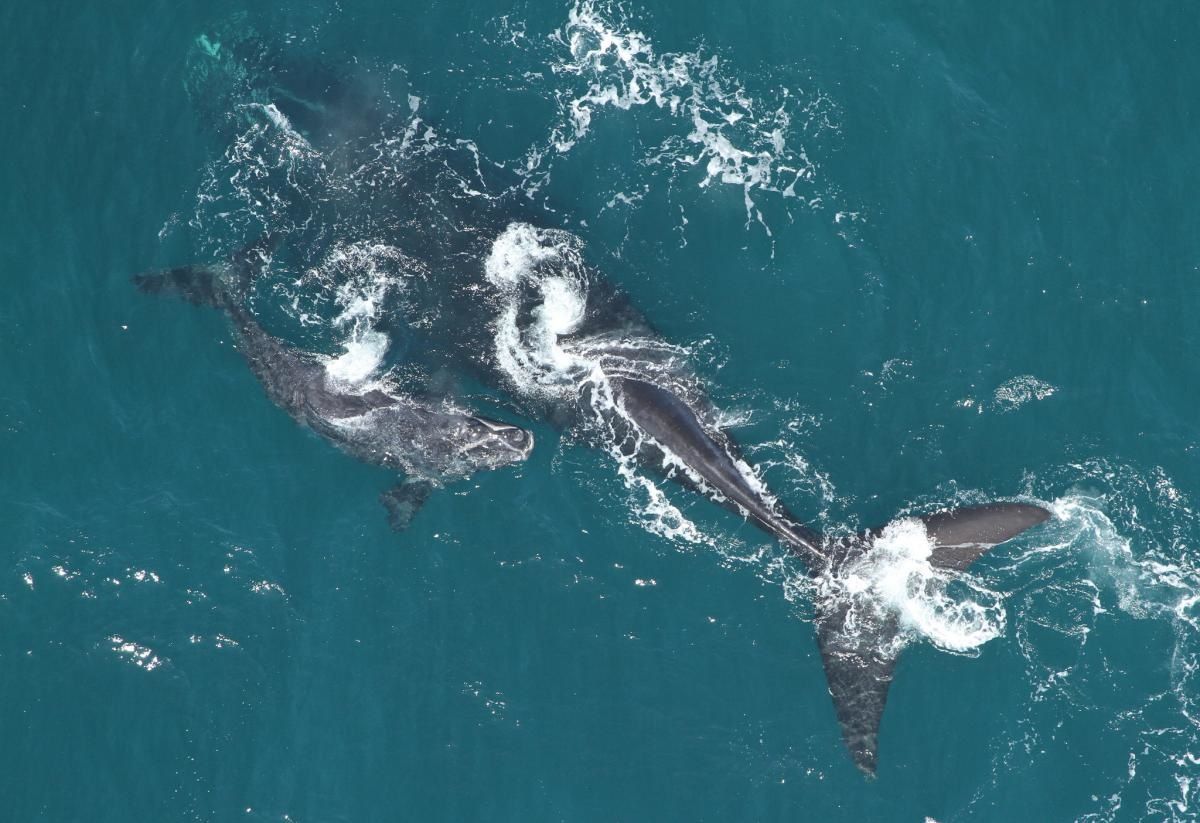 But as North Atlantic right whales wither, ocean advocates say the resolve to protect them has solidified. “People are really trying to work together: internationally, between Canada and the U.S.; between scientists; between lobstermen; between state and federal governments,” said Ingrid Biedron, a whale biologist at Boston University. “Everybody wants to save the right whale.”

And there’s one intervention, experts agree, that could decide the whales’ fate: a new breed of crab and lobster fishing gear that eliminates dangerous, whale-snagging rope. Ropeless gear already exists, but almost no one uses it. The big question is: Do we have the time and money to make the shift before some future year becomes the whales’ last?

North Atlantic right whales summer from Cape Cod up to Newfoundland, where they feed on swarms of fatty plankton called copepods. The murky seabed in these regions also swarms with millions of crab and lobster pots. Conga lines of traps are linked together in sets, and each set is marked with a buoy on 2,000 to 3,000 feet of vertical line.

For big whales, these dangling ropes turn fishing grounds into minefields. “You’re watching these humpbacks just literally smacking into gear constantly,” recalled Richard Riels, an engineer developing rope-free crab pots. “You realize it’s only a matter of time for these animals to get entangled, because it’s almost impossible to not.”

At 70 tons, North Atlantic right whales are so strong they can drag hundreds of pounds of rope and traps for days, months or years. The lines wrap around the whale’s jaws, preventing them from eating or saw through their fins and blubber. Entangled whales eventually succumb to starvation, exhaustion or infection.

Since 2010, entanglements have been responsible for 85 percent of all North Atlantic right whale deaths. More than 80 percent of all whales bear entanglement scars, and many have been wrapped up multiple times, leading to long-term health problems that hinder their ability to reproduce and fend off disease. 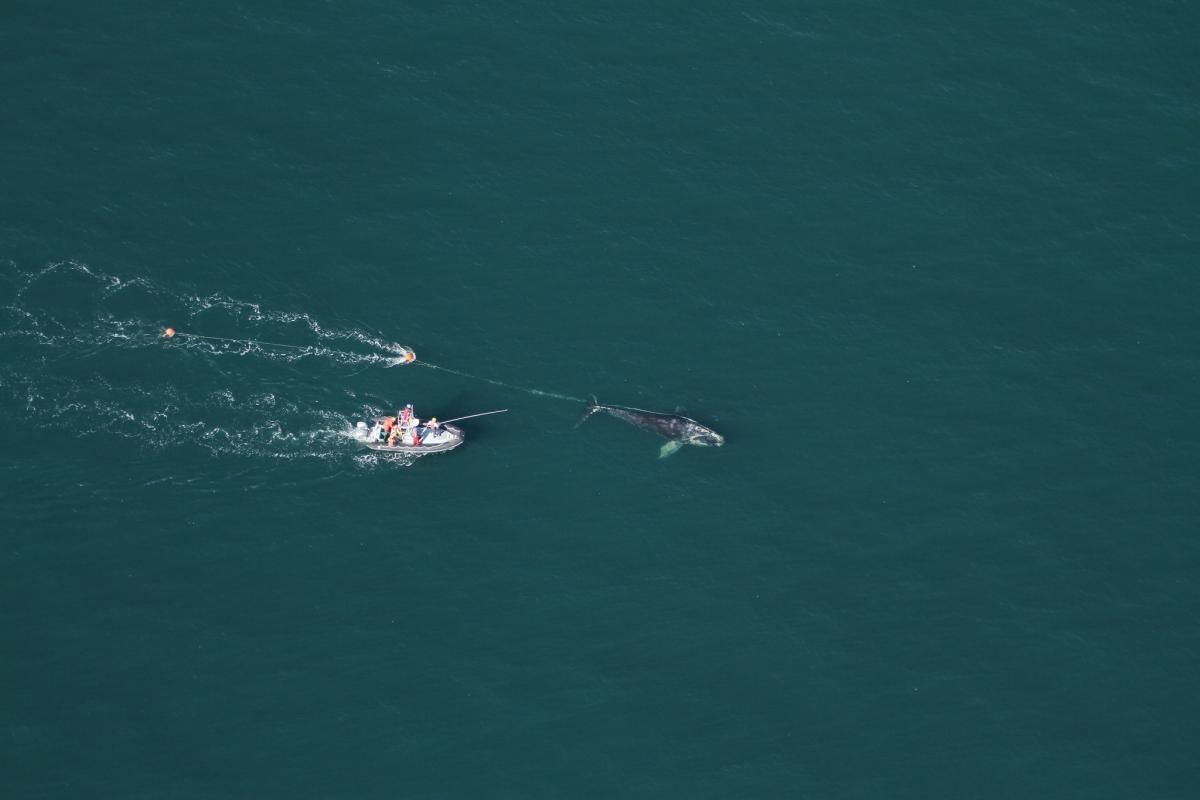 Right now, there are two ways we deal with tangled-up whales. The first option sends rescue crews out on inflatable craft to manually cut away the rope. It works, but only about 60 percent of the time, said Michael Moore, the director of the Marine Mammal Center at the Woods Hole Oceanographic Institution in Massachusetts. It’s also expensive and dangerous. Last summer, Joe Howlett, a Canadian fisherman and disentanglement veteran, died after being struck by a right whale’s tail while on a rescue trip.

The other option is adjusting existing fishing gear. Many lobstermen now use sinking lines for trap-to-trap connections underwater, which eliminates floating arcs of rope that snag diving whales. “Weak links” have also been installed in lines, under the assumption that the whales are strong enough to snap them. But there’s a problem, Moore said. “All of the tweaking that has been going on has failed to reduce the risk of entanglement mortality.” In fact, deaths and injuries have only gotten worse as high-tech fishing lines have gotten stronger.

For a right whale, Moore said, “once it’s entangled, it’s too late.”

Hope on a Rope

For researchers, there’s only one workable solution: Get rid of the ropes for good. “It’s the only certain method we can imagine that would completely eliminate deadly entanglement,” said Timothy Werner, director of the Consortium for Wildlife Bycatch Reduction.

For crab and lobster fishermen, buoys serve two roles. First, they mark the location of the traps, which ensures that no one else accidentally dumps their gear in the same spot. They’re also currently required by law. Second, ultra-strong buoy ropes are how fishermen haul those conga-lines of traps to the surface.

In ropeless versions of crab and lobster gear, a spool or tether closely hugs the buoy to the traps as they rest on the seafloor. The buoy only rises to the surface once a timer releases it, or, in pricier designs, once the fisherman pings the device with an acoustic signal. Richard Reils, the engineer, has repurposed inflatable bags from salvage diving to haul the entire trap to the surface, no buoy required. 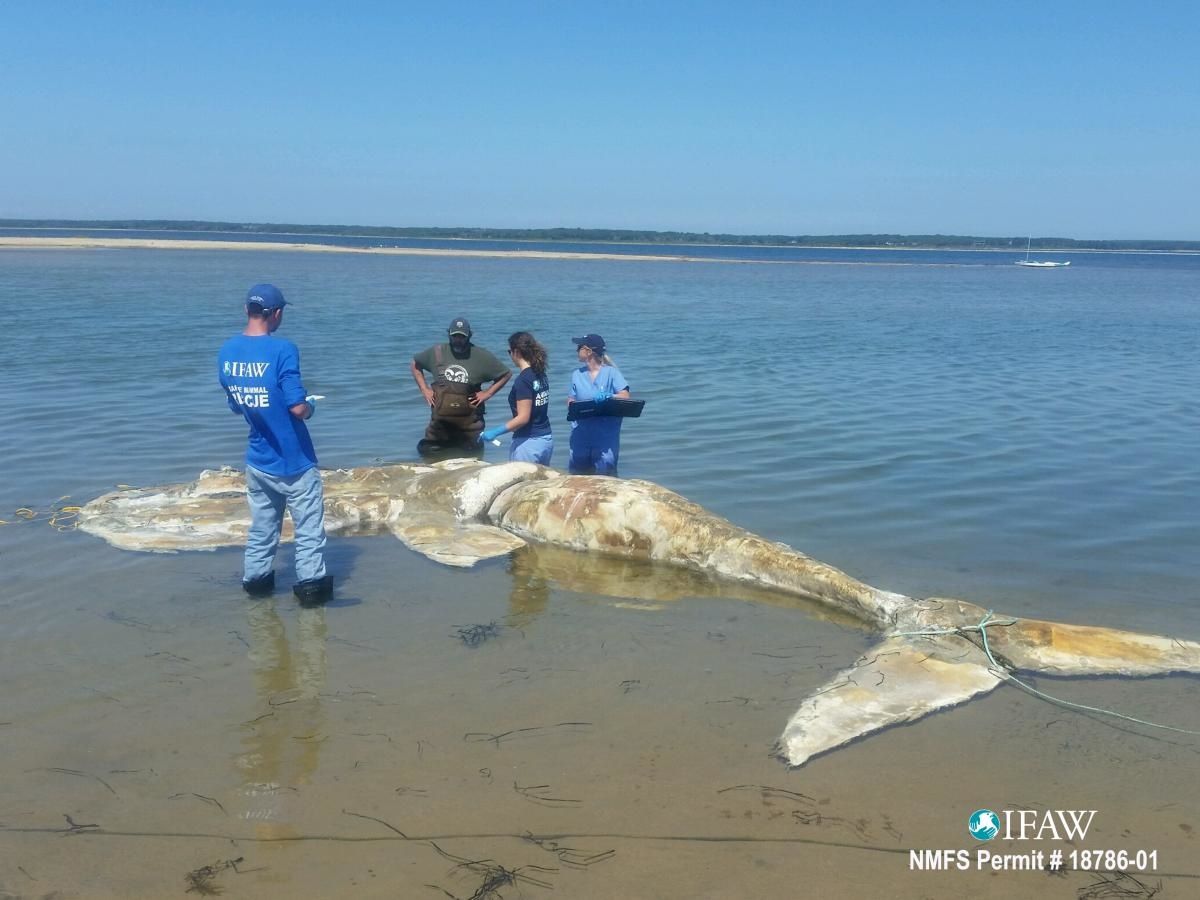 These innovations would not only all but eliminate whale entanglement, they could make fishing safer for lobstermen and crabbers. Ropes can snag humans too, and yank them overboard. Ropeless gear might also slash the tens of thousands of traps that lost each year when surface buoys break free of their lines. Lost traps continue “ghost fishing” once the initial catch of crabs or lobster dies, their bodies becoming bait for the next round of animals—a wasteful and destructive cycle.

Working ropeless systems already exist, Werner said. Lobstermen in Australia use their own versions of line-free gear. But there are stubborn barriers to the technology’s adoption in the U.S. and Canada.

One of the big problems is that fishermen simply aren’t familiar with it, Werner explained. Lobster and crab pots have remained more-or-less unchanged for centuries. “The most important thing,” Werner said, is to let fishermen who work in the whales’ habitat test ropeless gear. “Until they can get their hands on it and see how it works, and how it might be viable, it just sounds too much like fiction to them.”

The other roadblock is cost. For Werner, it’s up to governments to provide financial incentives: buying back old gear, or opening up closed whale habitat to lobstermen and crabbers using ropeless systems. Private funding might also be an option, said Biedron, the Boston University biologist, as offshore industries have previously financed whale-protection programs to offset the effects of their work.

There’s no predicting when ropeless gear could wind up where it’s needed, Moore said. But he noted that momentum seems to be building: “Unlike previous years, it seems like there’s a lot more widespread acknowledgement that this needs to be among the solutions that we advance.” If a coordinated effort “pulls out all the stops,” he said, “then within a few years we can imagine several fisheries using some of these technologies, and then build up from there.”

A few years may be all that North Atlantic right whales have left. Moira Brown, a Canadian right whale expert at the New England Aquarium, cautioned that there’s no time to waste. She explained that the Gulf of California’s vaquita, a tiny porpoise that numbered in the hundreds just 20 years ago, is now down to 30. “The vaquita is a reality check,” she said. “It’s a call to action.” 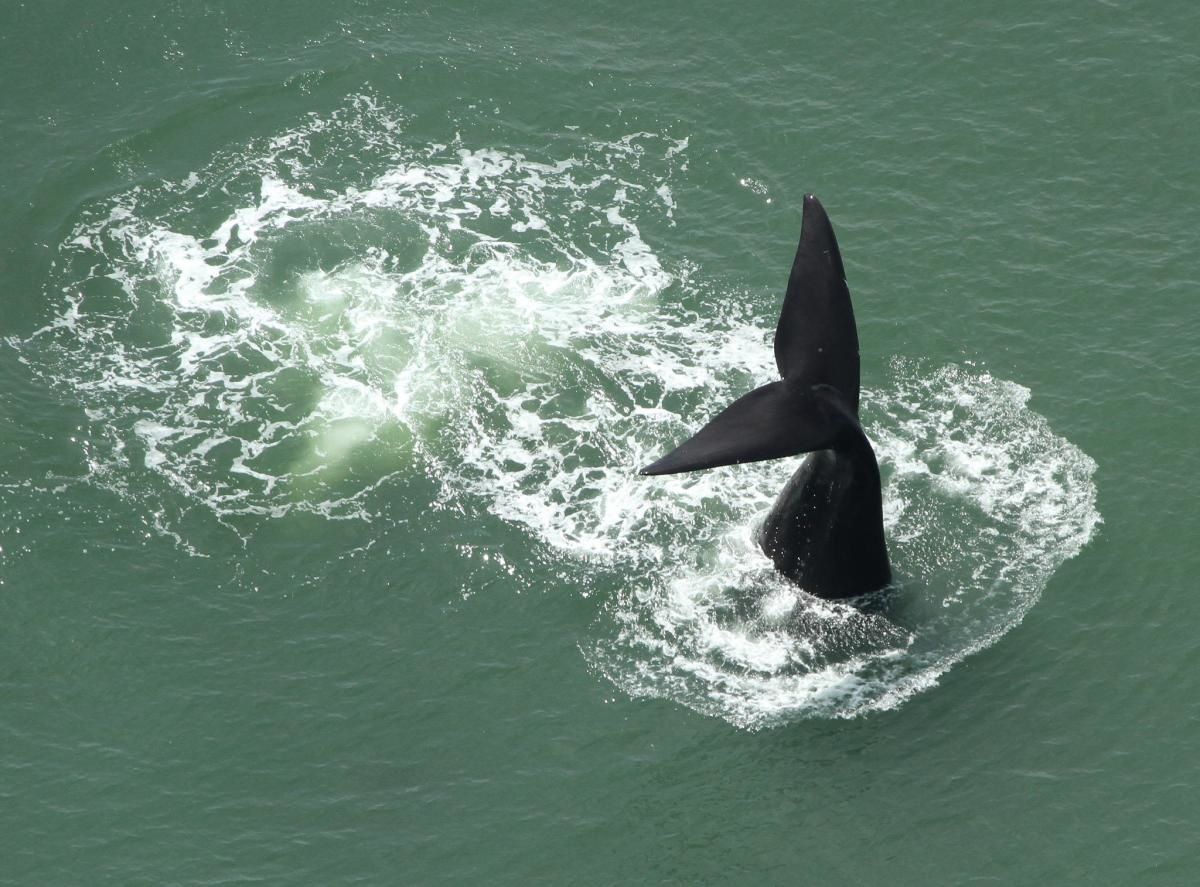 Stopping North Atlantic right whale extinction may not just be a task for engineers and scientists, but a test of our values. “It’s a huge challenge for us, as a society and a community, to buck up and be responsible,” Riels said. “We all want our fish; we all want to go fishing. But we don’t realize that at the end of the day, there’s an animal that lives out there, and we’re in the middle of all its living area, and we’re really affecting it. This problem is way bigger than all of us.”