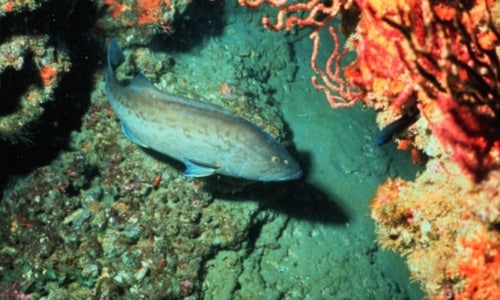 The number of U.S. domestic fishing stocks listed as overfished or threatened by overfishing declined to the fewest number since 1997, according to the 2014 Status of U.S. Fisheries report to Congress from the National Oceanic and Atmospheric Administration (NOAA). NOAA has only been compiling the report since 1997, so that’s the lowest number yet, which indicates significant progress in managing fishing stocks. 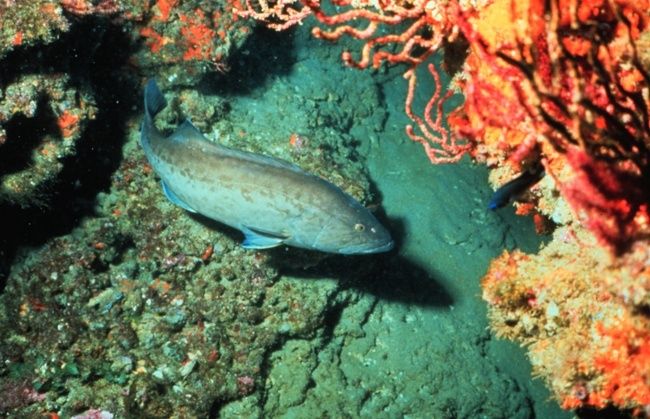 The Gulf of Mexico population of gag grouper has rebounded and was removed from the overfished list in 2014. Photo credit: NOAA

A stock is on the overfishing list when annual catch is too high; it is considered overfished when the population size is too low.

“This report illustrates that the science-based management process under the Magnuson-Stevens Act is working to end overfishing and rebuild stocks,” said Eileen Sobeck, assistant NOAA administrator for fisheries. “While we have made tremendous progress, we know there’s more work to be done—especially as we continue to document changes to our world’s oceans and ecosystems. We will continue to strive toward sustainable management of our nation’s fisheries in order to preserve our oceans for future generations.”

The Magnuson-Stevens Fisheries Conservation and Management Act (MFCMA) was initially passed in 1976 to oversee fishing in federal waters. The Sustainable Fisheries Act of 1996 amended the original legislation to define overfishing, require regular assessment of overfished populations and mandate plans for the recovery of overfished populations as well as the reduction of bycatch—unwanted marine life caught in the process of fishing.

Three fishing stocks were rebuilt to target levels in 2014: Gulf of Maine/Cape Hatteras butterfish, Gulf of Mexico gag grouper and Mid-Atlantic Coast golden tilefish. Including those three, 37 stocks have been rebuilt since 2000.

“Our agency wants to let consumers know that the U.S.’s global leadership in responsible fisheries and sustainable seafood is paying off,” said Sobeck. “We are moving forward more than ever with efforts to replicate and export stewardship practices internationally. As a result of the combined efforts of NOAA Fisheries, the regional fishery management councils and all of our partners, the number of stocks listed as subject to overfishing or overfished continues to decline and is at an all-time low.”

Greenpeace lauded the progress that has been made and urged even greater efforts.

“The progress that has been made toward eliminating overfishing in U.S. waters is encouraging and a testament to the effectiveness of our federal fisheries policy, the Magnuson-Stevens Act,” said Greenpeace oceans campaign director John Hocevar. “However, we still have a long way to go before we can rest on our laurels. Too little attention has been paid to protecting the habitat that sustains fish and other types of marine life, and too much industrial fishing relies on methods that are overly destructive. Bycatch remains a serious problem for many fisheries, sometimes with major implications for whales, sea turtles, and other protected species.”

Hocevar cited some specific areas where improvement was needed, such as holding U.S. fisheries that operate outside federal waters, which includes most U.S. tuna fishing operations, to higher standards to reduce bycatch and let tuna populations rebuild. He also said that traceability needs to be improved, and fraud and mislabeling reduced, to increase public awareness about how seafood was caught. He seconded Sobeck’s reference to the need to address the danger of climate change-driven changes to the oceans’ ecosystems.

“As we are seeing with the collapse of the sardine population off the California coast, intentionally reducing fish populations by 60 percent or more can make them much more vulnerable to the impacts of climate change,” said Hocevar. “We need to factor in the uncertainty associated with climate change, and use a more precautionary approach to setting catch levels and managing for healthy ecosystems.”

“Today’s report shows what is possible when fishermen, conservationists and managers come together to chart a new course,” said Matt Tinning, senior director of the U.S. oceans program at the Environmental Defense Fund. “Challenges remain in some U.S. fisheries, and too many coastal communities are still dealing with the damaging legacy of overfishing. But today’s report makes clear that we as a nation have turned the corner. It’s a model of success that we must sustain here at home, and which should be an inspiration to those struggling to combat the specter of overfishing around the world.”