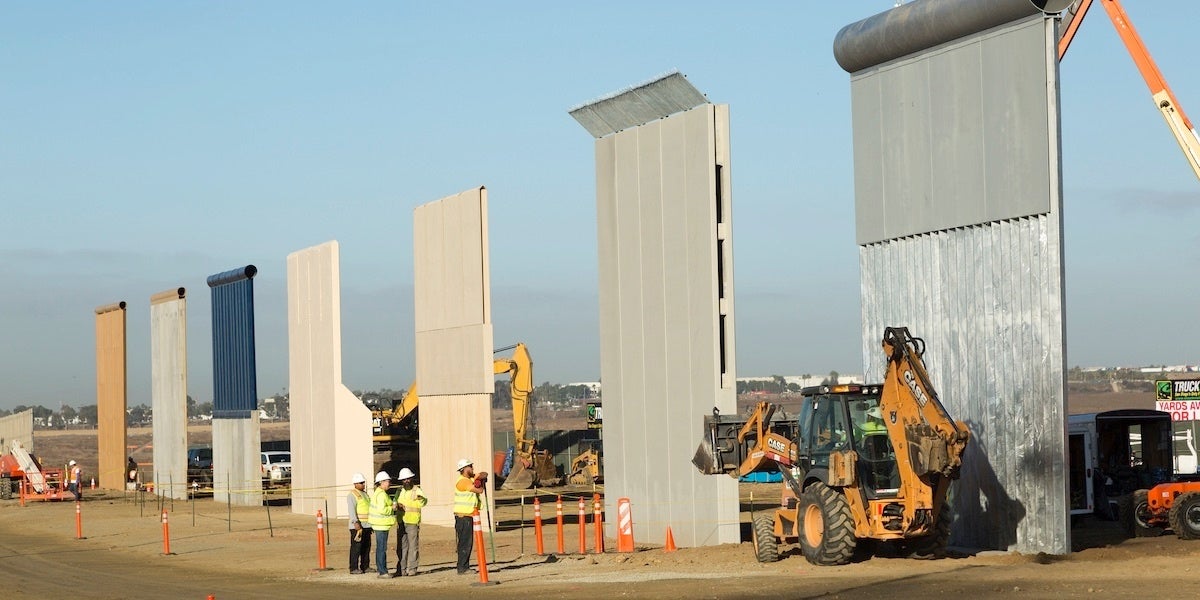 In a 2-1
decision (pdf), the 9th Circuit Court of Appeals affirmed an earlier district court ruling that determined the Department of Homeland Security (DHS) has broad authority under the Immigration Reform and Immigrant Responsibility Act of 1996 to waive statutes such as the National Environmental Policy Act, Clean Air Act, Endangered Species Act and many more environmental rules to build border barriers.

“Because the projects are statutorily authorized and DHS has waived the environmental laws California and the environmental groups seek to enforce, we affirm the district court’s grant of summary judgment to DHS,” judge M. Margaret McKeown wrote in the majority opinion.

A Justice Department spokesperson told The Hill that the ruling was “a victory for the Trump administration, for the rule of law, and above all, for our border security.”

The lawsuit was originally filed in 2017 by multiple conservation groups and the state of California in response to the federal government’s waiver of 37 environmental regulations to build prototypes of the planned border wall in the Otay Mesa area of San Diego County, as well as a replacement for existing border infrastructure along a 15-mile stretch of the U.S.-Mexico boundary south of San Diego.

The Center for Biological Diversity, one of the litigants, was disappointed by Monday’s court ruling, especially as the challengers tried to take the case to the Supreme Court but was rejected in December.

“Congress has ceded its authority to Trump, who has swept aside fundamental public safety and environmental laws to build walls that won’t work,” Brian Segee, a Center for Biological Diversity attorney, said in a statement to The Hill after the decision. “This lawlessness is destroying irreplaceable ecosystems and militarizing communities.”

The Center found in a 2017
study (pdf) that more than 90 endangered or threatened species would be threatened by proposed wall construction along the 2,000-mile border.

A 2017 study by the Center for Biological Diversity looking at the potential impact of the wall on 93 threatened or endangered species found that it could drive jaguars and ocelots to extinction in the U.S. https://t.co/OOKL6hjw3x

Environmental concerns about the controversial border wall are on full display in Texas, where
construction is imminent at the National Butterfly Center—the most diverse butterfly sanctuary in the U.S.

A planned 5.5-mile section of concrete and steel border wall that was funded by the the 2018 Omnibus spending bill will cut off 70 percent of the 100-acre property.

Some 200 species of butterflies find a home there each year, including the Mexican bluewing, the black swallowtail and the increasingly imperiled
monarch.

On Monday, the nonprofit filed a temporary restraining order against the federal government to halt construction until a lawsuit filed by the center has been resolved, according to the
San Antonio Express-News.

The Trump administration also waived 28 environmental laws including the Endangered Species Act in order to build 33 more miles of wall in the lower Rio Grande Valley, including the section through the butterfly center.