Holiday Shoppers, the Planet Needs You to Take It Easy With the Next-Day Shipping 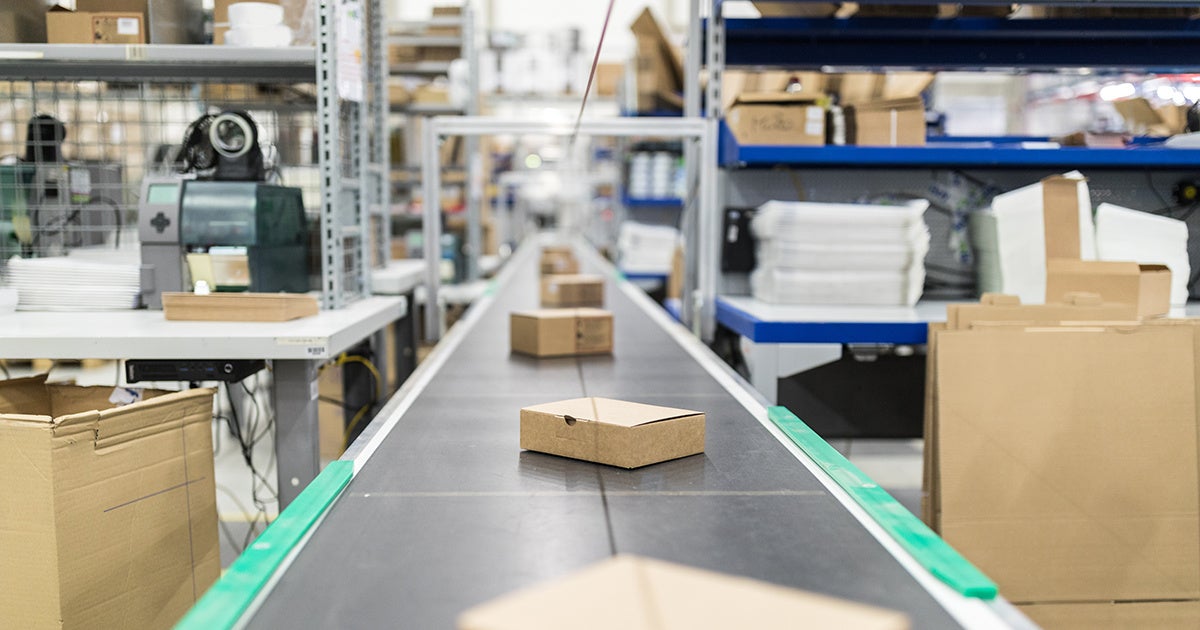 Back in 1966, the editors of Time indulged in a long-honored magazine tradition and published an essay in which experts made predictions about the future—in this case, the year 2000. By then, these experts prognosticated, a typical shopper “should be able to switch on to the local supermarket on the video phone, examine grapefruit and price them, all without stirring from her living room.” But even so, they predicted, “remote shopping, while entirely feasible, will flop.” Why? Because shoppers “like to get out of the house, like to handle the merchandise, like to be able to change their minds.”

What these futurists failed to anticipate was that technology and capitalism, working in tandem, would end up not only catering to but actually intensifying the basic human desire to get whatever one wants while exerting as little physical energy as possible. These days, pretty much everybody with access to a computer and a credit card shops online, for everything from large household appliances to clothes to (yes) grapefruit. And the month between Thanksgiving and Christmas is, unsurprisingly, the busiest time of year for internet retailers, who expect to rake in more than $123 billion this year—up from $106 billion in 2017.

Most of these purchases will arrive at consumers’ doors in boxes, making much of their trip from warehouses and distribution centers via truck or van. UPS says that its famously brown-uniformed drivers delivered 700 million packages during the 2017 holiday season—more than two packages for every man, woman, and child in the country. For its part, the U.S. Postal Service expects to make about 900 million deliveries between Thanksgiving and New Year’s Day—50 million more than it made last year during the same period.

The somewhat magical ability to press a button, wait a day, and then have somebody at your door handing you the thing you wanted makes it easy to ignore the fact that all of those trucks and vans bringing those packages emit a lot of carbon dioxide into the atmosphere. Many companies, including IKEA and UPS, are already taking steps to reduce the pollution of their delivery services by moving to electric vehicle fleets, and that’s certainly a positive development. But according to Miguel Jaller, an assistant professor in the civil and environmental engineering department at the University of California, Davis, we need to address another factor in the equation: the mind-set and habits of consumers.

“While online shopping is definitely convenient, and there are many positive things that come with it, there’s a price to the environment,” said Jaller, who writes frequently about sustainable transportation systems. The convenience factor is causing us to consume more, but that’s not the whole picture: We’ve now come to expect things like two-day shipping and no-questions-asked returns policies as consumer rights to be bestowed at minimal cost. Such thinking, Jaller said, keeps us from making a proper accounting of the externalized environmental costs incurred when retailers must prioritize speed and absolute customer satisfaction over efficiency—which, alas, is pretty much always.

This 2017 Climate Lab video, in which Jaller has a brief cameo, breaks down the problem. Online shopping actually has a smaller carbon footprint than traditional shopping at a brick-and-mortar store—until expedited shipping enters the picture. In their efforts to bring you your new smartphone case or pashmina scarf in less than 48 hours, retailers disrupt various processes designed to consolidate orders and maximize efficiencies. If a truck has to leave its distribution center only half full in order to meet a delivery deadline, it usually will. Very often that means dispatching two trucks to carry the load of one truck—and emitting twice the exhaust in the process.

And what if the pashmina scarf turns out to be the wrong color? You can almost always send it back to the seller at low or no cost. That’s another truck delivery that needs to be made, going in the opposite direction. Are you going to order new items in different colors that are more to your liking? Of course you are! Two-day delivery is free! And so another truck is filled—perhaps to capacity, perhaps to half-capacity—to bring you your second purchase in just as speedy a fashion as the first. In this way, consumers are now using vehicle fleets in ways they were never meant to be used: as a means of trying on clothes and testing out goods.

What started out as a cool-seeming perk offered by a handful of major online retailers has today, thanks to market forces, become the industry standard. Companies “are caught up in a game where they’re competing with each other,” said Jaller. “And the way they’re competing is by trying to outdo each other in offering this fast, almost free, delivery service. So they’re incentivizing bad behavior on the consumer side.”

Jaller applauds the steps that companies are taking to maximize fuel efficiency in their fleets, from discouraging left turns—a practice that UPS says cuts idling time and reduces its vehicles’ CO2 emissions by more than 100,000 metric tons each year—to truck platooning, in which communications and sensor technology allows trucks to follow one another closely but safely on the highway, reducing their aerodynamic drag and boosting their mileage.

He worries, however, that “we’re losing a lot of these gains and efficiencies at the delivery point: trucks idling while waiting for an establishment to be ready to receive the goods, or needing to go around the block several times because there’s not enough parking.” He’s hopeful that more companies will come to see the wisdom of moving to an electric delivery fleet, now that so many zero-emissions vans and small trucks boast ranges of more 100 miles. (Studies show that 90 percent of parcel deliveries are made within a 100-mile range.)

But the biggest changes will be seen, Jaller said, when consumers “change their behavior to slow down companies’ operations, so that they can be more efficient and optimize what they already have,” instead of needing to build more warehouses, set up new delivery points, and buy more trucks—all just to make sure that you can get your stuff within 36 hours of ordering it.

So this holiday season, you might consider giving the planet a lovely gift: ordering multiple items per shipment (instead of just one at a time), double-checking sizes and colors before clicking “send,” and opting for five-day delivery. This gift may seem small, but it’ll mean a lot.