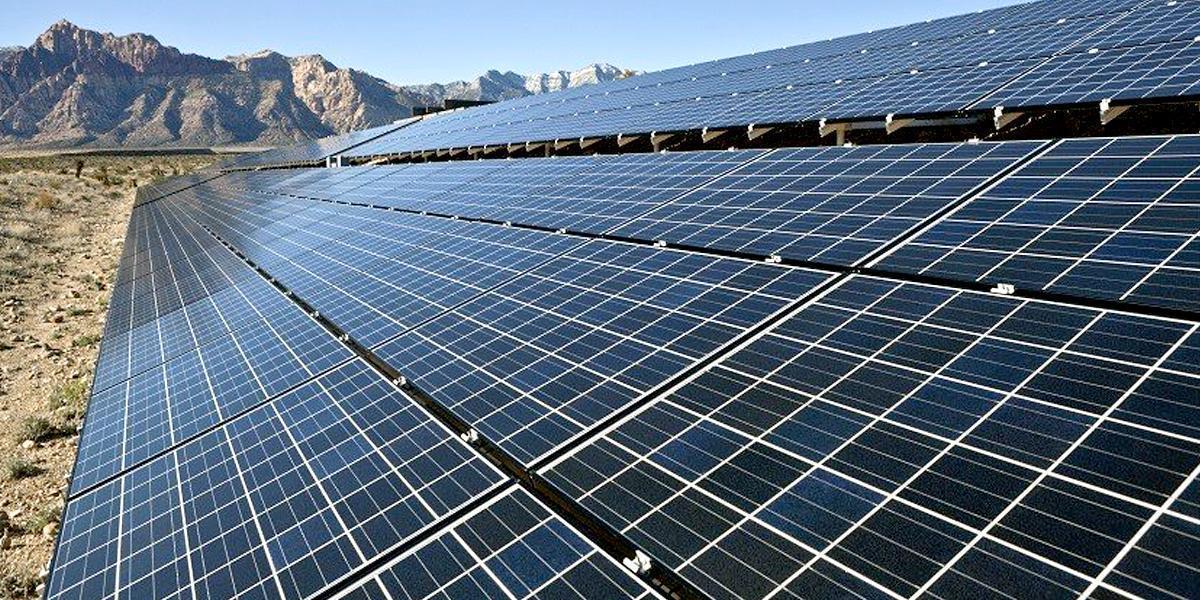 The bill would drive capital investment in Nevada, create jobs, and reduce the state’s over-dependence on a natural gas, a fossil fuel with a lot of price risk. It is moderate. It reflects a lot of changes—compliance flexibility requested by NV Energy, energy storage provisions requested by gaming, reducing the 2030 requirement from 50 percent to 40 percent, removal of the original 80 percent by 2040 renewable energy goal.

Having passed the Assembly and Senate—the former with three Republicans, the latter on a party-line vote—it will arrive on the governor’s desk later this week.

Renewable energy is now cheap; solar should be at heart of Nevada’s electricity grid

Utility-scale solar is now the cheapest way to serve Nevada’s energy needs. Between 2008 and 2016, the cost of electricity from new solar and wind farms fell by 83 percent and 71 percent, respectively. Nevadans will soon receive electricity from the Techren solar project in Boulder City for the low, low price of 3.4 cents per-kilowatt hour. Customers of Tucson Electric Power will soon benefit from a solar project that produces electricity for three cents per-kilowatt hour.

At these prices, new solar is comparable in cost to ongoing costs to fuel and operate Nevada’s natural gas-fired power plants, and much lower than the cost of building and operating a new gas plant. Prices for solar are especially low right now because of the Investment Tax Credit, which is phasing out and is only available for projects that start construction before December 31, 2021.

The smartest people in the utility sector now refer to “base-cost” renewables: solar and wind power are so cheap that they should be placed at the heart of the electricity grid, the same way “baseload” power plants once were.

Without an increase to the renewable portfolio standard, Nevada will never get to this clean, abundant, cheap renewable energy future. The state currently relies on natural gas for 73 percent of its electricity production, and sent $700 million out-of-state to buy natural gas for its power plants in 2015. Under current plans, NV Energy will still be getting 72 percent of its electricity from natural gas in 2025 and 64 percent in 2030.

Contrast this with NV Energy’s utility siblings. NV Energy is owned by Berkshire Hathaway Energy, which also owns Pacificorp and MidAmerican. In Oregon, Pacificorp championed a bill that will require it to meet 50 percent renewable energy by 2040. In Iowa, MidAmerican touts its forthcoming ability to serve 89 percent of customer demand with renewable energy.

In our modelling of the impact of a 50 percent by 2030 portfolio standard—more ambitious than the current proposal—we found that a renewables- and efficiency-focused grid would cause de minimis changes in bills if natural gas prices remain flat, and lower 2030 electricity bills by three percent if natural gas prices increase.

Raising the portfolio standard would increase capital investment in the state, and replace some natural gas electricity with cheap renewables

With Nevada’s sunshine, and the low, low cost of solar electricity these days, it makes no sense for the state to serve daytime electricity needs primarily with natural gas. Increasing the portfolio standard would reduce this reliance, cutting emissions and lowering risks for utility customers.

“Nevada already gets lots of free solar from California”

The only way Nevada would not continue to take advantage of the small amount of very-low-cost-electricity it gets from California is if Nevada itself develops enough solar to exceed its electricity demands. But that is not close to happening under AB 206. Even on one of Nevada’s lowest-load days, Jan. 1, the output of the total utility-scale solar on the grid would be a couple thousand megawatts lower than demand. Even on a day like May 9, when load is still relatively low (people are not yet using a lot of air conditioning at that time of the year), and there is a lot of sunlight, Nevada would not be close to saturating its grid with solar.

The Resorts Association worries that increasing the portfolio standard would cause “grid support requirements” to increase. It would not. One silver lining of Nevada’s reliance on natural gas—the other is that it is better than relying on coal—is that natural gas plants are good at quickly ramping-up or -down to meet load; they can quickly ramp down when the sun rises and up again when the sun sets. Grid support requirements only become a concern when a grid is saturated with variable resources. Even with the amount of solar developed under AB 206, Nevada will be far from this point.

“More solar is not needed”

The Resorts Association also worries that increasing the portfolio standard will result in Nevada building power plants it does not need. They take a limited view of need. NV Energy needs to replace the coal-fired North Valmy Generating Station. Nevada is very exposed to natural gas rises, and it has an opportunity to buy very cheap insurance against that possibility. Nevada does need to put more of its people to work, reduce emissions and restore its clean energy leadership.

It seems to only take those two words to end conversations about raising the portfolio standard this legislative session. It should not.

First: voters voted for more clean energy when they approved question three. Given everything that was happening in the state in 2016—net metering and the Yes on 3 campaign, which was sold to voters with “sunshine and windmills,” often pictured together—voters could have reasonably expected their vote would be used to increase clean energy, not keep things the same.

Second: renewable portfolio standards and retail choice are compatible. In fact, we know exactly the framework we will need: a renewable portfolio standard that applies equally to all providers of electric service. That is the policy that all states with retail choice use. The text of the Energy Choice Initiative presupposes this policy: “Nothing herein shall be construed to invalidate Nevada’s public policies on renewable energy, energy efficiency and environmental protection or limit the Legislature’s ability to impose such policies on participants in a competitive electricity market.” The Energy Choice campaign agreed to a “statement of principles” that included a strong, 80 percent by 2040 renewable energy goal.

So from this, and the strong track record of renewable portfolio standards, it should be a given that Nevada will continue to have a standard in the future, and that it will apply to all competitive suppliers.

Why should energy choice prevent us from increasing the portfolio standard now?

With the amended ramp-rate and NV Energy’s giant bank of old credits, the bill would only require 380 megawatts of new solar development between now and the implementation of Energy Choice in 2023. Because of the Investment Tax Credit, falling prices and Nevada’s strong resources, the contracts for this solar will likely be made at prices in the three cents per-kilowatt hour range. Rather than being a burden, they will be the lowest-cost resources in Nevada’s electricity portfolio. If and when Energy Choice is implemented, the cost of them can be straightforwardly rolled into the already-necessary transition charge. They will continue to provide customers with cheap electricity, and renewable energy credits for providers, long after Energy Choice is implemented.

Going forward, Nevada absolutely needs policy to ensure competitive suppliers get a minimum amount of electricity from renewable sources. Every other state with retail competition does this. So what is the problem with setting this amount now?

The arguments against Assembly Bill 206 dissolve under scrutiny.

The bill drives capital investment, creates jobs and reduces the state’s over-dependence on a fossil fuel with a lot of price risk. It is moderate and reflects a lot of changes.