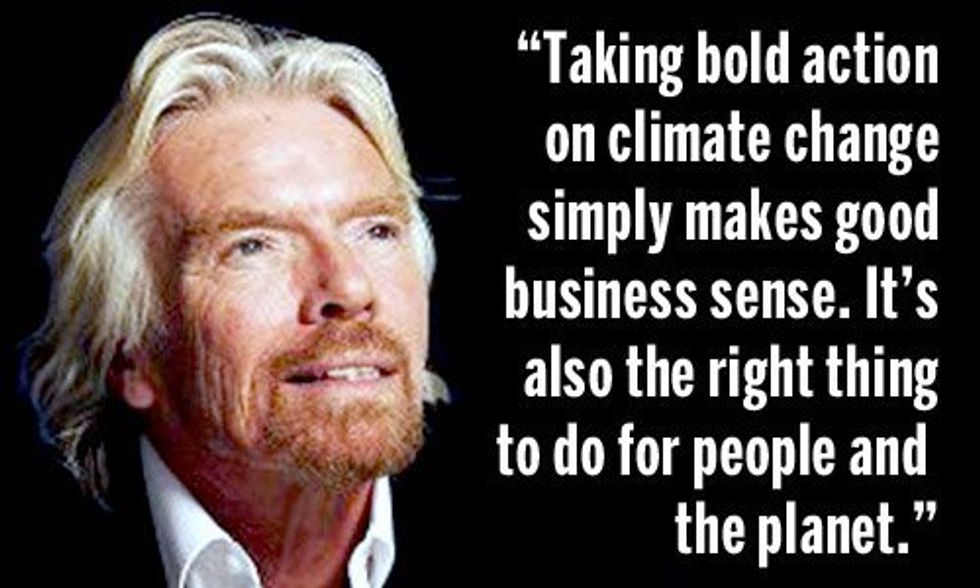 “You can resist an invading army; you cannot resist an idea whose time has come.” —Victor Hugo

So here’s an idea you’re going to be hearing a lot of both in the lead-up to the UN climate talks in Paris and beyond: net zero carbon emissions. Admittedly, net zero emissions isn’t a concept you find most people tossing around during happy hour or mentioning in the same breath as the latest Modest Mouse album (which has its moments, by the way). But, to borrow a phrase from Victor Hugo, it’s an idea whose time has come—and if you want to know what the practical steps to addressing climate change look like, it’s one you should know.

Net zero net zero emissions is an idea whose time has come in more and more sectors.

So what does net zero emissions actually mean? In a nutshell, it sets a target of completely cutting the planet’s effective carbon pollution. Step back and imagine for a minute: millions commuting to work, billions heating their homes, and companies everywhere doing business—all without polluting the atmosphere and contributing to climate change. Kind of hard to argue with that one. How do we get there? There are a number of ways scientists, policy makers, and groups like us are discussing, and to be honest, some are better than others. Technically, the “net” part of the equation leaves a little wiggle room for some continued but drastically reduced level of emissions, so long as they’re balanced out by natural factors like forest carbon sinks and technologies like carbon capture and storage that keep the pollution from entering the atmosphere.

A group of corporate leaders known as The B Team—with members like Sir Richard Branson (Virgin Group), Arianna Huffington (Huffington Post Media Group) and Paul Polman (Unilever) who know a thing or two about what makes companies successful—is developing a new vision for business with net zero emissions by 2050 at the core.

Here at Climate Reality, we’re setting our sights on a practical path to net zero. We’re working for a climate agreement in Paris that points the planet in this direction with specific but realistic targets for each nation, based on where it’s at and what it can fairly do. We’re also working to ensure the agreement includes a way for nations to regularly review and raise their targets as technologies improve and cutting emissions becomes cheaper and easier.

It’s hard to overstate the importance of nations adopting net zero as a goal. On one hand, it starts a policy shift with governments creating programs and legislation to get there. On the other, it sends a strong signal to industries and investors that the fossil fuel era is ending, kickstarting a kind of virtuous cycle with greater investment in renewables and efficiencies that in turn helps make these technologies increasingly affordable and accessible.

Who else is with us? While there are still different perspectives in the climate movement on whether to go straight 100-percent renewables or to permit some continuing but mitigated emissions as mentioned previously, the community as a whole is getting behind the idea that net zero emissions definitely is the way of the future—or rather, the way to the future we want.

Plus, it’s not just the usual suspects of green groups supporting the idea. A group of corporate leaders known as The B Team—with members like Sir Richard Branson (Virgin Group), Arianna Huffington (Huffington Post Media Group) and Paul Polman (Unilever) who know a thing or two about what makes companies successful—is developing a new vision for business with net zero emissions by 2050 at the core. And with enough TED-level influence and star power in the group to illuminate small galaxies, it’s a good bet that much of the business community won’t be too far behind.

Which is all to say, net zero emissions is an idea whose time has come in more and more sectors. And when civil society and business can agree that the road to net zero is the way to go to not only address climate change, but also ensure the health of our families and our economies, it’s time for world leaders to get on the bandwagon.

Want to help achieve net zero emissions? Subscribe at Climate Reality for ways you can make a difference.