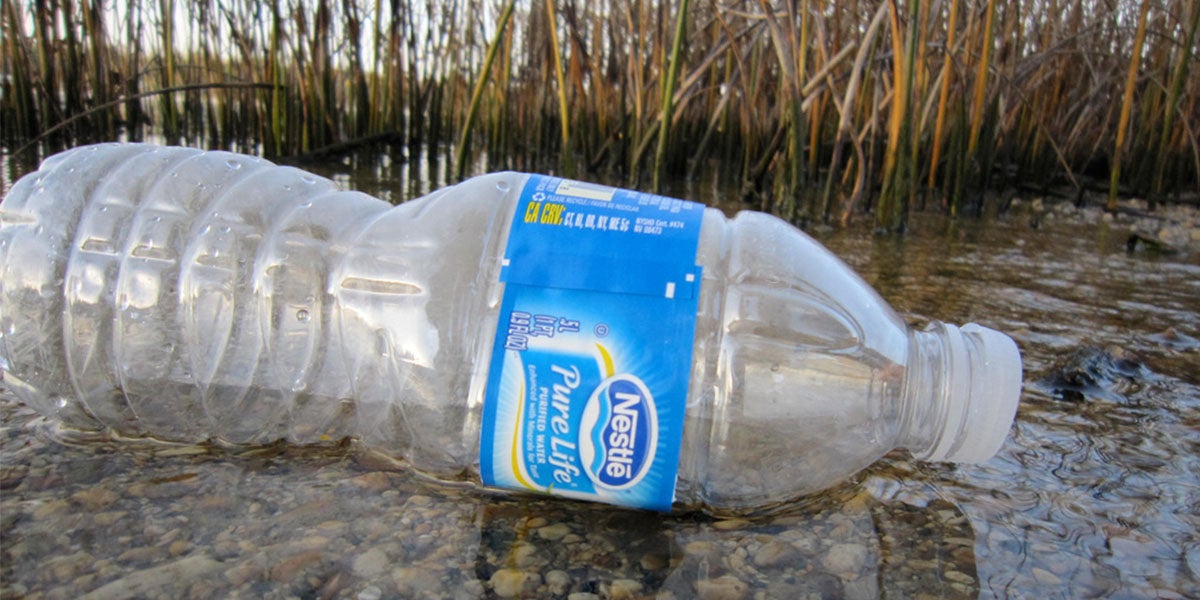 The Michigan Department of Environmental Quality (MDEQ) has granted
Nestlé Waters a permit to increase groundwater withdrawal from 250 gallons per minute to 400 gallons per minute from its White Pine Springs well for the purpose of bottling drinking water.

The approval comes despite near universal
opposition from residents, who cite the Swiss food and beverage giant‘s nominal $200-a-year fee to pump water from its wells. The fee will not change with the new permit.

Additionally, Nestlé’s White Pine Springs well near Evart, Michigan happens to lie
approximately 120 miles from the lead-poisoned city of Flint. Bottled water companies have drawn outrage from many communities for privatizing their public water supply in the face of Flint’s years-long drinking water crisis, where some residents have been billed hundreds of dollars for water they cannot drink.

“Michiganders know that no private company should be able to generate profits by undermining our state’s precious natural resources, which is why an unprecedented number of people spoke up to oppose this permit,” State Sen. Rebekah Warren, D-Ann Arbor, who serves on the Senate’s Natural Resources Committee, told
Detroit Free Press. “Out of 81,862 comments filed by the people of our state, only 75 of them were in favor of the permit.”

“The scope and detail of the department’s review of the Nestlé permit application represents the most extensive analysis of any water withdrawal in Michigan history,” said C. Heidi Grether, director of MDEQ. “We are hopeful that whether residents agree with the Nestlé permitting decision or not, they will acknowledge and respect the work that MDEQ staff did to thoroughly and conscientiously apply the law in reviewing the permit.”

“In full transparency, the majority of the public comments received were in opposition of the permit, but most of them related to issues of public policy which are not, and should not be, part of an administrative permit decision. We cannot base our decisions on public opinion because our department is required to follow the rule of law when making determinations,” Grether added.

Nestlé now must prepare a monitoring plan consistent with the requirements of the permit and submit it to MDEQ for consideration before it is authorized to take more water.

The
Michigan League of Conservation Voters criticized the MDEQ’s decision.

The group
tweeted, “Sadly, the DEQ chose to give the green light to Nestlé to continue pumping our water—hanging a ‘For Sale’ sign on Michigan’s water resources at a time when communities across our state lack safe, affordable access to drinking water.”

“Folks are struggling to get clean water in Detroit and Flint and having a lot of issues with PFAS contamination,” Nicholas Occhipinti, the organization’s government affairs director told
Michigan Radio. “It’s just a hard, hard road blow to take for Michiganders to see water pumped out of the watershed for other states.”