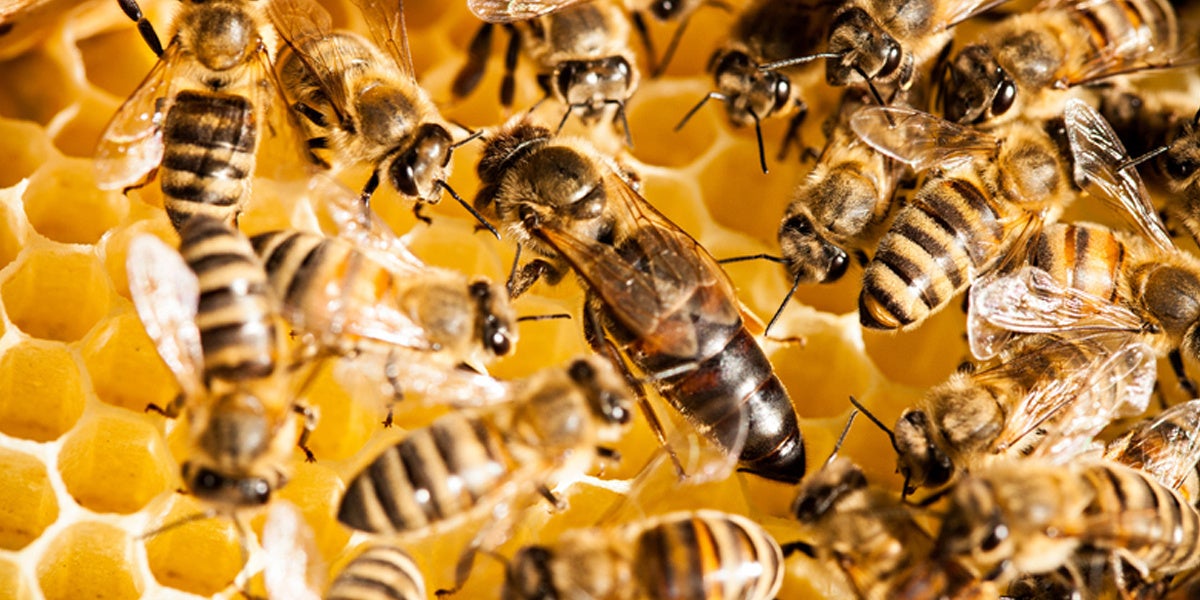 Scientists have found for the first time that neonicotinoid pesticides can harm honey bees in the real world.

The major new study from the Centre for Ecology and Hydrology (CEH) found that pesticides called neonicotinoids can cause harm to bees, a development that is likely to increase calls for a ban of the chemicals across Europe.

The UK—which has long lobbied against a ban—could make its own rules on pesticide use after Brexit.

The finding is particularly significant because the study was funded in part by pesticides giants Bayer and Syngenta.

The hotly anticipated research, published in the journal Science this evening, also discovered that exposure to the nicotine-based chemicals can reduce the reproductive success of three different bee species—honey bees, bumblebees and the red mason bee.

With £3 million in funding from the chemical companies and additional money from Natural Environment Research Council, the researchers were able to conduct a large scale, field-realistic experiment across three different European countries—UK, Germany and Hungary.

Previous experiments showing that neonicotinoids cause harm to bees have been criticised by industry because of their limited scope and test conditions not mimicking real life.

The researchers found that neonics affected bees in different ways from country to country, with the impact of the chemicals more marked in Hungary and the UK than in Germany, where neonics were found to have no impact on honey bees.

Overall, clothianidin, manufactured by Bayer, was found to have a more profound impact on bee health.

CEH scientists acknowledged that the results of the study were nuanced.

In a press release, CEH lead author Dr. Ben Woodcock explained: “The neonicotinoids investigated caused a reduced capacity for all three bee species to establish new populations in the following year, at least in the UK and Hungary.”

Prof. Richard Pywell, the co-author of the study, said in a statement that the results of the research were complex.

“Neonicotinoids remain a highly contentious issue with previous research on both honeybees and wild bees inconclusive.

“This latest field study was designed, as far as possible, to reflect the real world due to its size and scope. We therefore believe it goes a considerable way to explaining the inconsistencies in the results of past research, as we were better able to account for natural variation in factors like exposure to the pesticide, bee food resources and bee health for different bee species.

“Our findings also raise important questions about the basis for regulatory testing of future pesticides.”

A Bayer spokesperson told Energydesk the company was disappointed with way the results had been presented.

He said: “This study is one of a number of landscape studies carried out recently. The results of the CEH study are inconsistent and therefore inconclusive with variability of effects over both the bee species and the countries in which they were studied.

“We believe that had environmental factors (colony strength and landscape effects) other than exposure to treated oilseed rape been appropriately taken into account in the analysis, the results would have been similar to, for example, recent landscape studies conducted with clothianidin in Mecklenburg-West Pomerania, a state in northern Germany which demonstrated the safety of clothianidin seed treatments in oilseed rape for bee pollinators under realistic conditions.”

In a statement sent to Energydesk, Syngenta were keen to highlight the findings of the study in Germany where neonics had no impact on honey bees.

Dr. Peter Campbell, head of research collaborations at the company said: “We welcome the fact that the study concludes that ‘neonicotinoid residues were detected infrequently … [and] direct mortality effects by exposure to high concentrations of neonicotinoids are likely to be rare’. We were also pleased to see that in Germany during crop flowering, the use of neonicotinoid seed treatments has a positive and beneficial impact for both honeybees and bumblebees.”

The statement continued: “It is also important to better understand the small number of potentially harmful effects reported in Hungary and the United Kingdom and how these differ from Germany where the results were positive.”

Neonicotinoids are the most widely used pesticides in the world.

A partial ban on neonicotinoids has been in place across the EU since 2013, due to concerns about the pesticide’s impact on bee health.

Recent news reports suggest that the European Commission will call for a complete ban later this year.

The UK has long lobbied against the ban against neonics in Brussels. Back in 2015, the government allowed some uses of the chemicals on UK fields, following pressure from the National Farmers Union, but a similar request was turned down last year.

Uncertainty surrounds what the UK’s position will be on the controversial pesticides post-Brexit.

In response to the release of the CEH study, a spokesperson from Department for Environment, Food and Rural Affairs failed to back an outright ban:

“Bees and other pollinators are vital to the diversity of our environment and food production which is why we are leading a nationwide strategy to better protect them.

“We are encouraging farmers to provide the food and habitats pollinators need on their land, as well as promoting simple actions the public can take to help such as cutting grass less often and growing pollen-rich plants.”

This study follows on from research published last summer by CEH, which linked neonics to the long-term decline of the wild bee population in the UK.

Back in September, Energydesk uncovered private studies commissioned by Bayer and Syngenta which showed that their neonicotinoid pesticides can cause serious harm to bees.