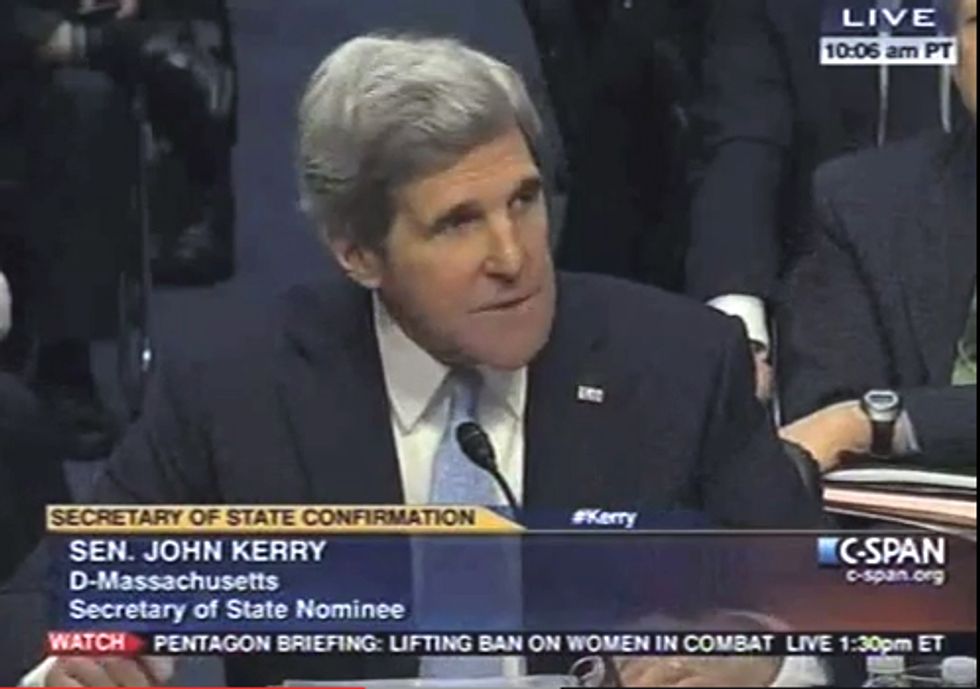 Yesterday, Sen. John Kerry (D-MA), at his confirmation hearing for Secretary of State, took a strong position on climate change and the role of renewable energy in revitalizing the U.S. economy.

During the hearing, Sen. John Barrasso (R-WY) suggested that environmental protection, including action on climate change, would hurt the U.S. economy, and he asked Sen. Kerry if he had specific thoughts on the issue.

The solution to climate change is energy policy. And, the opportunities of energy policy so vastly outweigh the downsides that you're expressing concerns about ... You want to do business and do it well in America, you have to get into the energy race ... I would respectfully say to you that climate change is not something to be feared in response to—the steps to respond to—it’s to be feared if we don’t ... I will be a passionate advocate on this not based on ideology but based on facts and science, and I hope to sit with all of you and convince you that this $6 trillion market is worth millions of American jobs and we better go after it.

Watch the video of Sen. Kerry at the Sec. of State confirmation hearing: