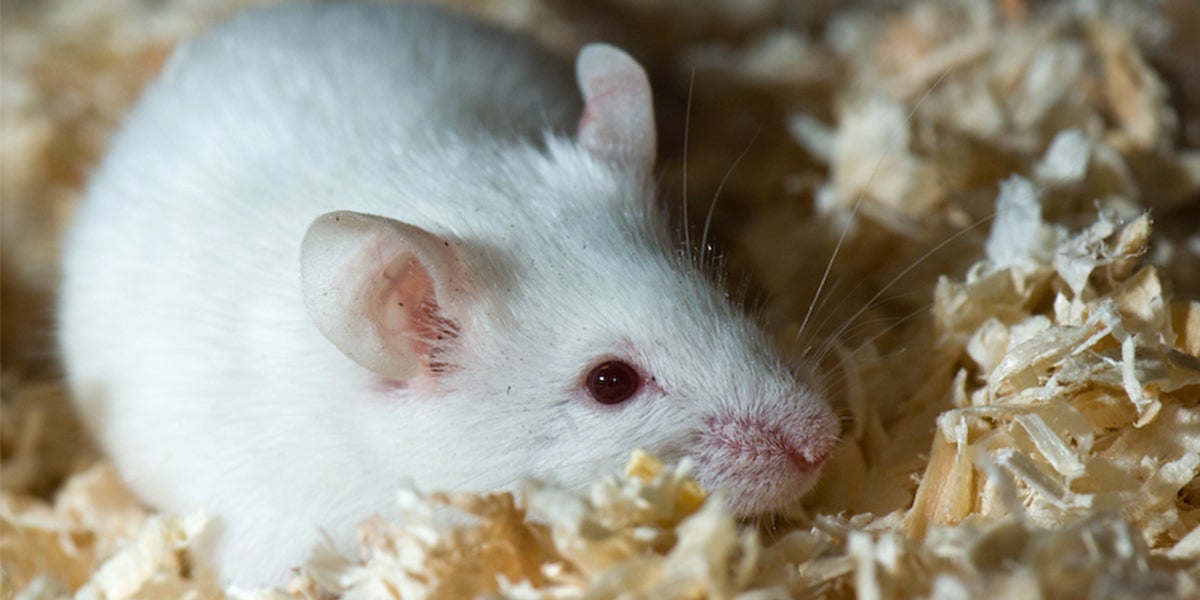 Call it the case of the mysterious mouse tumor.

It’s been 34 years since Monsanto Co. presented U.S. regulators with a seemingly routine study analyzing the effects the company’s best-selling herbicide might have on rodents. Now, that study is once again under the microscope, emerging as a potentially pivotal piece of evidence in litigation brought by hundreds of people who claim Monsanto’s weed killer gave them cancer.

This week, tissue slides from long-dead mice in that long-ago research study are being scrutinized by fresh eyes as an expert pathologist employed by lawyers for cancer victims looks for evidence the lawyers hope will help prove a cover-up of the dangers of the weed killer called glyphosate.

Glyphosate, which is the active ingredient in Monsanto’s branded Roundup products, is the most widely used herbicide in the world, and is applied broadly in the production of more than 100 food crops, including wheat, corn and soy, as well as on residential lawns, golf courses and school yards.

Residues have been detected in food and human urine, and many scientists around the world have warned that exposure through diet as well as through application can potentially lead to health problems. The World Health Organization’s International Agency for Research on Cancer (IARC) declared glyphosate a probable human carcinogen in 2015 based on a review of scientific literature, triggering the wave of lawsuits against Monsanto, and pushing California regulators to announce they would add glyphosate to a list of known carcinogens.

What the expert finds, or doesn’t find, is expected to be key evidence in hearings slated for the week of Dec. 11 in dozens of consolidated cases being overseen by a federal judge in San Francisco.

Monsanto, as well as many other scientists and regulatory bodies, have defended glyphosate’s safety. They say research showing a cancer connection is flawed and hundreds of studies support its safety.

And yet—rewind to July 1983 and a study titled “A Chronic Feeding Study of Glyphosate (Roundup Technical) in Mice.” Following the document trail that surrounds the study offers an illuminating look into how science is not always clear-cut, and the lengths Monsanto has had to go to in order to convince regulators to accept scientific interpretations that support the company’s products.

The two-year study ran from 1980-1982 and involved 400 mice divided into groups of 50 males and 50 females that were administered three different doses of the weed killer or received no glyphosate at all for observation as a control group. The study was conducted for Monsanto to submit to regulators. But unfortunately for Monsanto, some mice exposed to glyphosate developed tumors at statistically significant rates, with no tumors at all in non-dosed mice.

A February 1984 memo from EPA toxicologist William Dykstra stated the findings definitively: “Review of the mouse oncogenicity study indicates that glyphosate is oncogenic, producing renal tubule adenomas, a rare tumor, in a dose-related manner.” Researchers found these increased incidences of the kidney tumors in mice exposed to glyphosate worrisome because while adenomas are generally benign, they have the potential to become malignant, and even in noncancerous stages they have the potential to be harmful to other organs. Monsanto discounted the findings, arguing that the tumors were “unrelated to treatment” and showing false positives, and the company provided additional data to try to convince the EPA to discount the tumors.

Eight members of the EPA’s toxicology branch, including Lacayo and Dykstra, were worried enough by the kidney tumors in mice that they signed a consensus review of glyphosate in March 1985 stating they were classifying glyphosate as a Category C oncogen, a substance “possibly carcinogenic to humans.”

That finding did not sit well with Monsanto, and the company worked to reverse the kidney tumor concerns. On April 3, 1985, George Levinskas, Monsanto’s manager for environmental assessment and toxicology, noted in an internal memorandum to another company scientist that the company had arranged for Dr. Marvin Kuschner, a noted pathologist and founding dean of the medical school at the State University of New York at Stony Brook, to review the kidney tissue slides.

Kushner had not yet even accessed the slides but Levinskas implied in his memo that a favorable outcome was assured: “Kuschner will review kidney sections and present his evaluation of them to EPA in an effort to persuade the agency that the observed tumors are not related to glyphosate,” Levinskas wrote. Notably, Levinskas, who died in 2005, was also involved in efforts in the 1970s to downplay damaging findings from a study that found rats exposed to Monsanto’s PCBs developed tumors, documents filed in PCB litigation revealed.

Kuschner’s subsequent re-examination did—as Monsanto stated it would—determine the tumors were not due to glyphosate. Looking over slides of the mouse tissue from the 1983 study, Kuschner identified a small kidney tumor in the control group of the mice—those that had not received glyphosate. No one had noted such a tumor in the original report. The finding was highly significant because it provided a scientific basis for a conclusion that the tumors seen in the mice exposed to glyphosate were not noteworthy after all.

Additionally, Monsanto provided the EPA with an October 1985 report from a “pathology working group” that also rebutted the finding of the connection between glyphosate and the kidney tumors seen in the 1983 study. The pathology working group said “spontaneous chronic renal disease” was “commonly seen in aged mice.” Monsanto provided the report to the EPA stamped as a “trade secret” to be kept from the prying eyes of the public.

The EPA’s own scientists still did not agree, however. An EPA pathologist wrote in a December 1985 memo that additional examination of the tissue slides did not “definitively” reveal a tumor in the control group. Still, the reports by the outside pathologists brought into the debate by Monsanto helped push the EPA to launch a reexamination of the research.

And by February 1986 an EPA scientific advisory panel had dubbed the tumor findings equivocal; saying that given the tumor identified in the control group by some pathologists, the overall incidences of tumors in the animals given glyphosate were not statistically significant enough to warrant the cancer linkage.

The panel did say there may be reason for concern and noted that the tumor incidences seen in the mice given glyphosate were “unusual.”

The advisory panel told the EPA the studies should be repeated in hopes of more definitive findings, and that glyphosate be classified into what the agency at that time called Group D—”not classifiable as to human carcinogenicity.” The EPA asked Monsanto for a repeat of the mouse oncogenicity study but Monsanto refused to do so.

The company argued “there is no relevant scientific or regulatory justification for repeating the glyphosate mouse oncogenicity study.” Instead, the company provided EPA officials with historical control data that it argued supported its attempt to further downplay the tumor incidences seen in the worrisome 1983 study.

The company said the tumors in mice appear “with some regularity” and were probably attributable to “genetic or environmental” factors. “It is the judgement of Monsanto scientists that the weight-of-evidence strongly supports a conclusion that glyphosate is not oncogenic in the mouse.” Monsanto said repeating the mouse study would “require the expenditure of significant resources … and tie-up valuable laboratory space.”

The discussions between Monsanto and the EPA dragged on until the two sides met in November 1988 to discuss the agency’s request for a second mouse study and Monsanto’s reluctance to do so. Members of the EPA’s toxicology branch continued to express doubts about the validity of Monsanto’s data, but by June of 1989, EPA officials conceded, stating that they would drop the requirement for a repeated mouse study.

By the time an EPA review committee met on June 26, 1991, to again discuss and evaluate glyphosate research, the mouse study was so discounted that the group decided that there was a “lack of convincing carcinogenicity evidence” in relevant animal studies. The group concluded that the herbicide should be classified far more lightly than the initial 1985 classification or even the 1986 classification proposed by the advisory panel.

This time, the EPA scientists dubbed the herbicide a Group E chemical, a classification that meant “evidence of non-carcinogenicity for humans.” At least two members of the EPA committee refused to sign the report, stating that they did not concur with the findings. In a memo explaining the decision, agency officials offered a caveat. They wrote that the classification “should not be interpreted as a definitive conclusion that the agent will not be a carcinogen under any circumstances.”

Despite the EPA’s ultimate conclusion, the mouse study was among those cited by IARC for classifying glyphosate as a probable human carcinogen. Indeed, many other animal studies have similarly had questionable results, including a 1981 rat study that showed an increase in incidences of tumors in the testes of male rats and possible thyroid carcinomas in female rats exposed to glyphosate and 1990 study that showed pancreatic tumors in exposed rats. But none have swayed the EPA from its backing of glyphosate safety.

Christopher Portier, who was an invited specialist to the IARC review of glyphosate and is former director of the National Center for Environmental Health and Agency for Toxic Substances and Disease Registry at the U.S. Centers for Disease Control and Prevention, believes the evaluations applied to glyphosate data by regulators are “scientifically flawed” and putting public health at risk.

“The data in these studies strongly supports the ability of glyphosate to cause cancer in humans and animals; there is no reason to believe that all of these positive studies arose simply by chance,” Portier said.

Monsanto fought the plaintiffs‘ request to view the mouse tissue slides, calling it a “fishing expedition,” but was overruled by U.S. District Judge Vince Chhabria who is overseeing the roughly 60 combined lawsuits under his purvey. Monsanto has confirmed that roughly 900 additional plaintiffs have cases pending in other jurisdictions. All make similar claims—that Monsanto manipulated the science, regulators and the public in ways that hid or minimized the danger posed by its herbicide.

“The importance of the original kidney slides and the re-cut kidney slides is immense to the question of general causation and played a critical role in the EPA’s decision to re-categorize glyphosate …” the plaintiffs’ attorneys stated in a court filing.

Plaintiffs’ attorney Aimee Wagstaff reiterated that in a recent court hearing, telling Judge Chhabria that the events surrounding the 1983 mouse study “sort of dominoed,” and potentially are “extremely relevant” to the cancer litigation.

Carey Gillam is the research director at U.S. Right to Know and a journalist specializing in food, agriculture and environmental issues. Reposted with permission from our media associate Environmental Health News.