Culture Clash: Nature and Civilization Face Off in the Art of Michael Wang 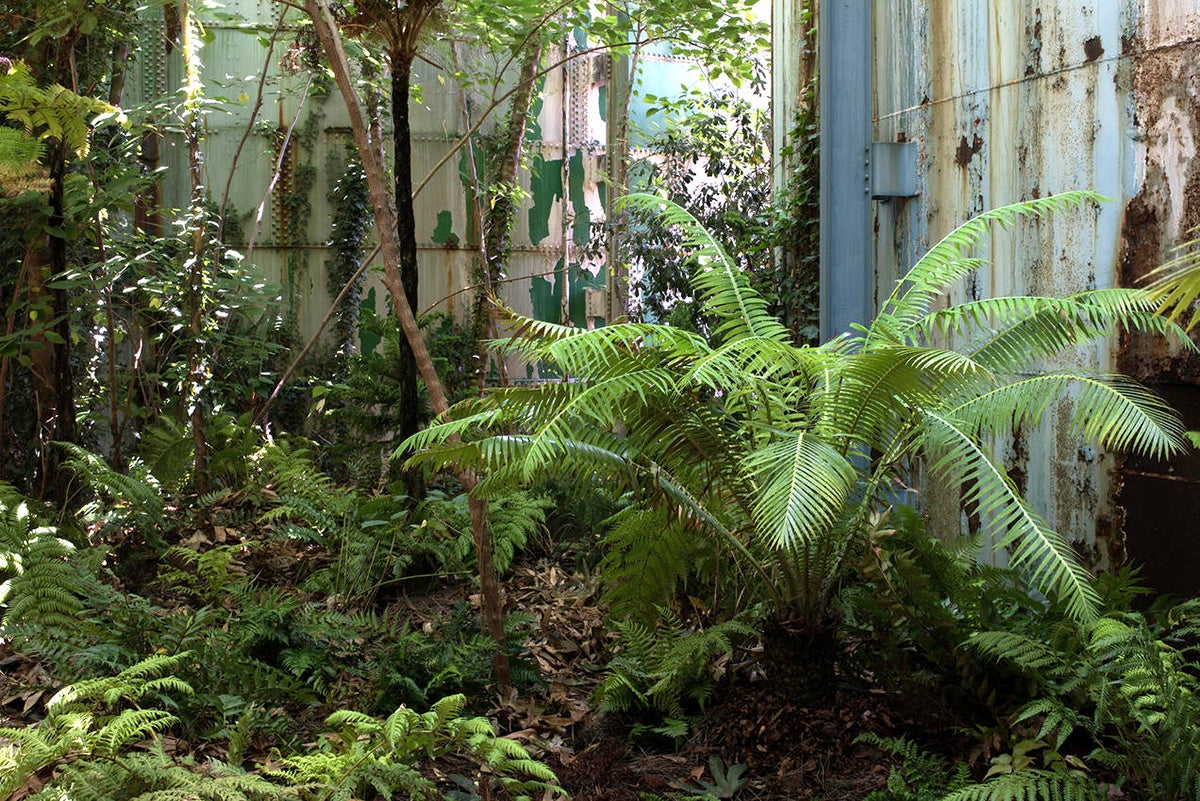 The rooftop garden of the Swiss Institute Contemporary Art gallery in New York looks much like you’d expect of a newly renovated former bank building in lower Manhattan. Rows of simple aluminum planters line the small rectangular space, sprouting leafy greenery that frames views of the busy streets below.

Yet this ordinary-looking urban garden is actually a work of art with something to say about the troubled relationship between nature and human culture. Artist Michael Wang chose each of the four varieties of vegetation now growing on the institute’s roof for a very particular reason: All of the plants are in trouble. One of the species, franklinia alatamaha, is classified by The International Union for Conservation of Nature as “EW,” extinct in the wild. 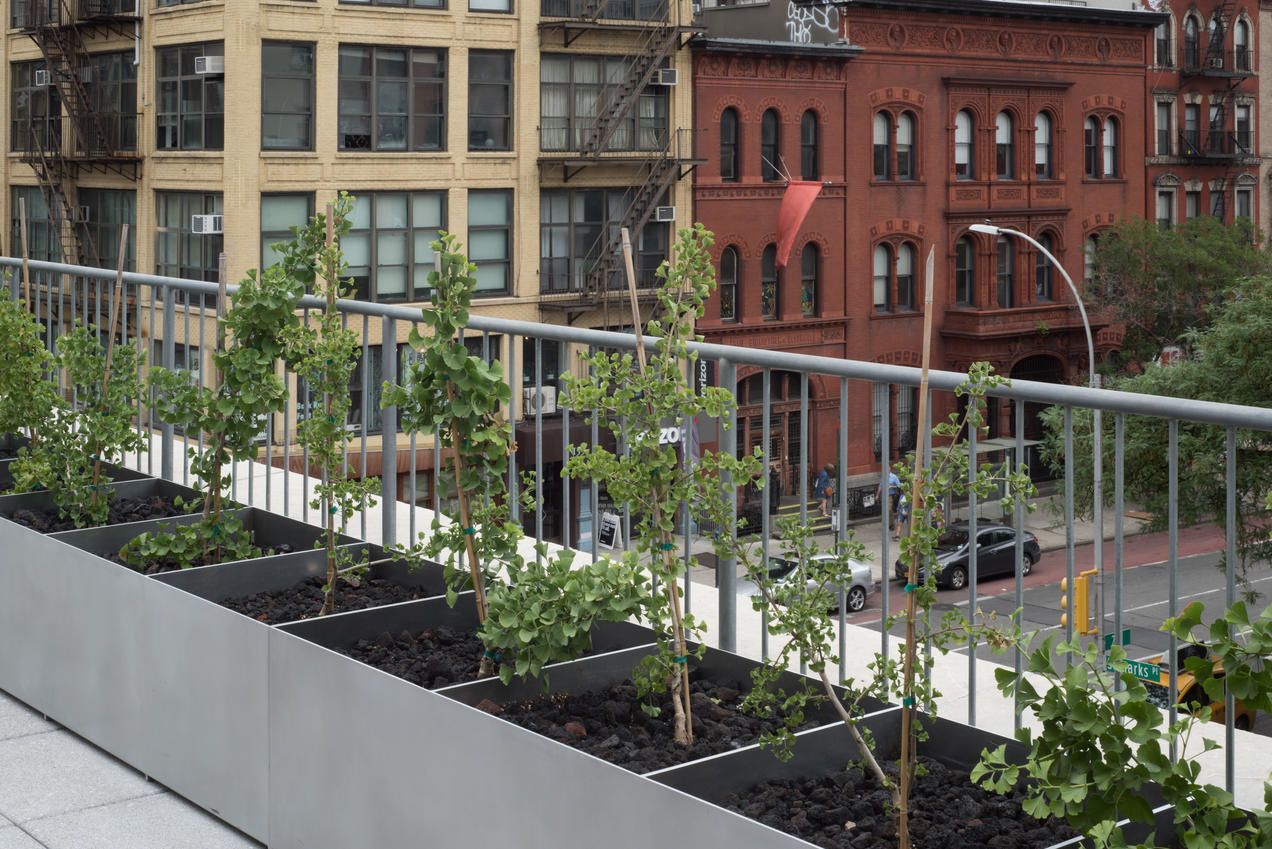 Wang sometimes describes these species as “homeless.” They are nature’s orphans—plants that wouldn’t exist anymore if it weren’t for the care of their human handlers. Ginkgo biloba, for instance, began dying off in the wild thousands of years ago in the mountains of central China, probably when human hunters wiped out whatever large animal had been spreading its seeds. Those same people, however, valued ginkgo trees so much they had already begun cultivating them, often planting them at temples and in cemeteries. “Today we know the ginkgo from cities almost all over the world,” says Wang, “and wherever they are found, even trees that are centuries old, they are associated with human planting.”

Wang’s rooftop Extinct in the Wild installation is the latest in a series of projects that explore the impact of disruptive “global systems,” such as trade, industrialization, colonization and climate change, on the natural world. “I wanted to trace the passage of these species from nature into culture,” he said. In the process, he highlights the contradictions of the power we wield. We push flora and fauna to the brink of eradication only to put them on life support—sometimes for centuries. He asked, “How can you cause the extinction of a species in one context while also allowing its propagation beyond what would be purely natural in another context?”

Wang casts an almost microscopic gaze on this fraught relationship in another exhibition currently on view in Palermo, Italy. Carboniferous, a series of exquisitely detailed photographs, showcases samples of delicate fossilized ferns and tree bark discovered in coal deposits in Poland and the southern U.S. The ancient plants, now extinct, survive only as inert imprints in the toxic fuels that have powered commerce and industrialization. 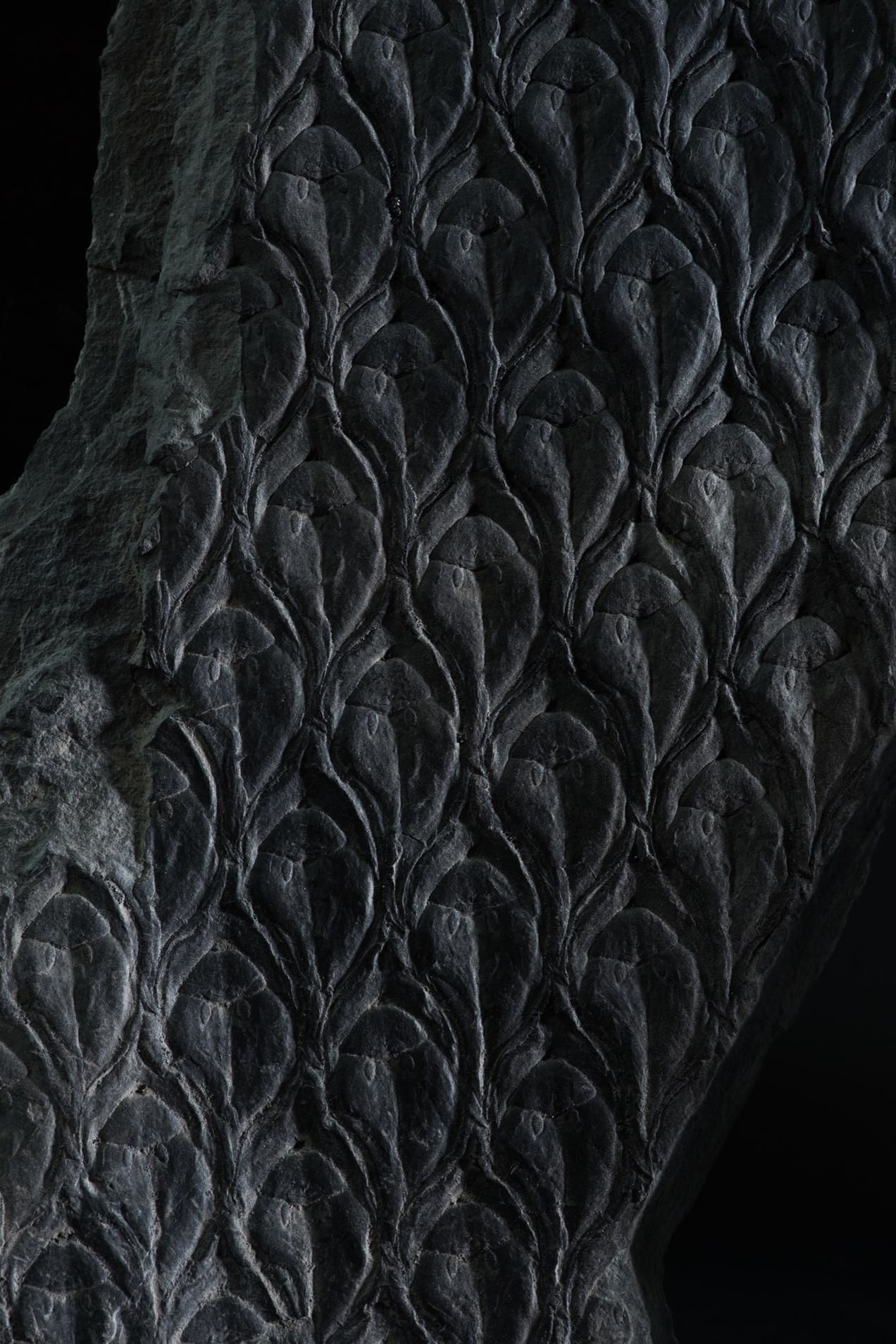 In another part of the Palermo project, Drowned World, nature wreaks science fiction–style revenge on the industrial world. As visitors to the city’s botanical garden climb a stainless-steel staircase, they peer over a high wall into an industrial site that was once the coal-gas plant powering the city’s streetlamps. There, Wang has installed a forest of plants similar to the ones that grew around 300 million years ago, in the Carboniferous era, and eventually became coal and other fossil fuels. Thirty-foot araucarias trees, towering ferns, cycads and epiphytes flourish among rusted machinery and gas tanks. 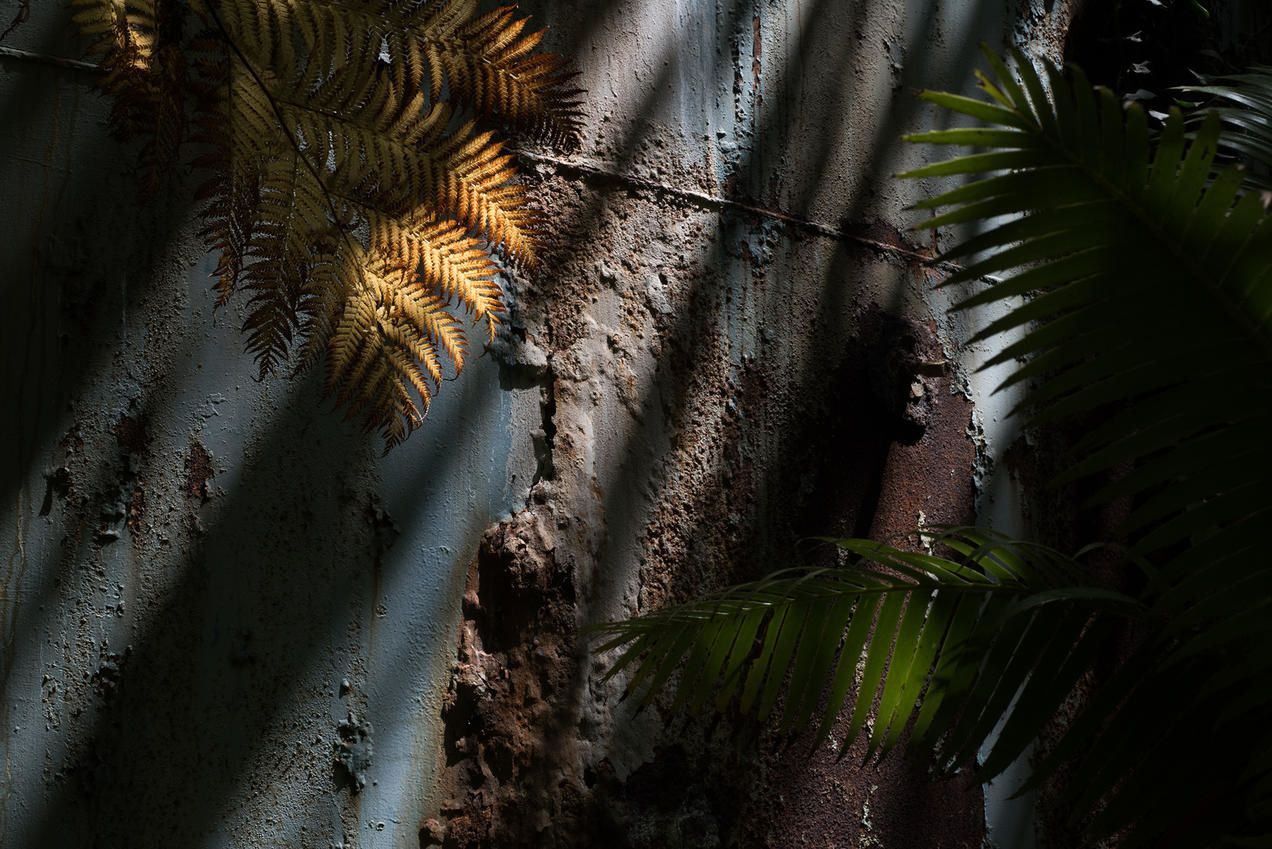 Wang wants to make visible again the lost forest that made the fossil-fueled modern world possible. “The imagery of industrialization has been dominated by inorganic materials, concrete or steel or glass, and I wanted to bring its organic origins to light,” he said. At the same time, the artist, who takes meticulous care of the plants and animals he uses, imagines a world in which vegetation from hundreds of millions of years ago somehow restores the atmosphere that we have polluted with our daily lives and activities—including art itself.

An artist’s impact on the planet is more than aesthetic. For his provocative and ongoing Carbon Copies series, Wang calculates the carbon footprints of works by well-known contemporary artists. First he measures, for example, the energy needed to mine the diamonds of Damien Hirst’s 2007 skull-shaped sculpture For the Love of God or the emissions expended by all of the people who flew to the 2005 opening of Elmgreen & Dragset’s iconic Prada Marfa installation in West Texas. Wang then makes small paper “stand-ins” of the art and uses the proceeds from their sale to buy carbon offsets that “erase” the original works from the atmosphere. 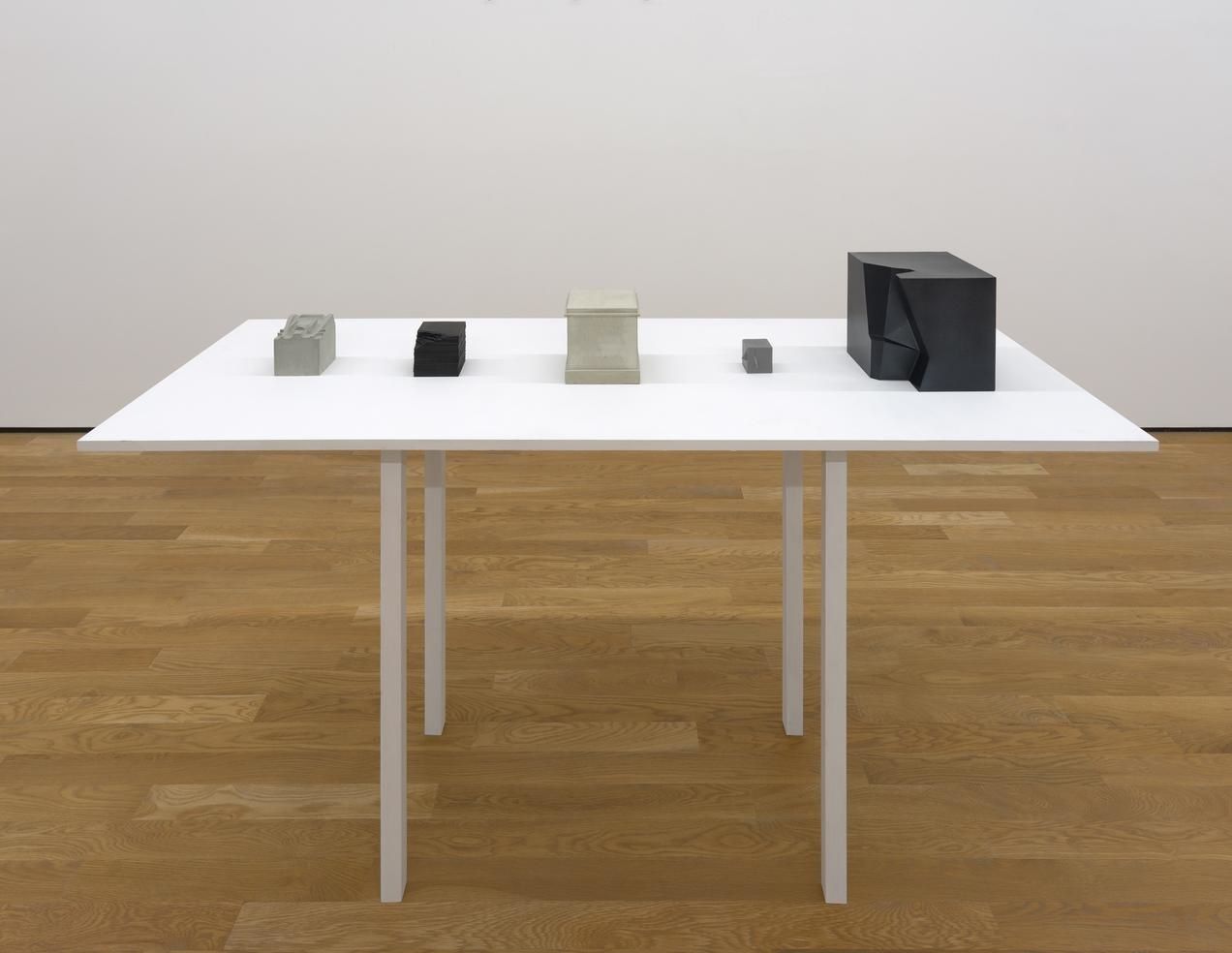 Wang, of course, is himself an active part of this complex relationship between the art world and the physical environment. “Personally, I most often find myself in the environmentalists’ column and on the side of nature conservation,” he said. “But in these artworks I’m trying to always find places where it’s hard to know what side to be on.”

Michael Wang’s Extinct in the Wild is on view at Swiss Institute Contemporary Art in New York; Drowned World is on view at Manifesta 12 in Palermo, Italy, through Nov. 4.