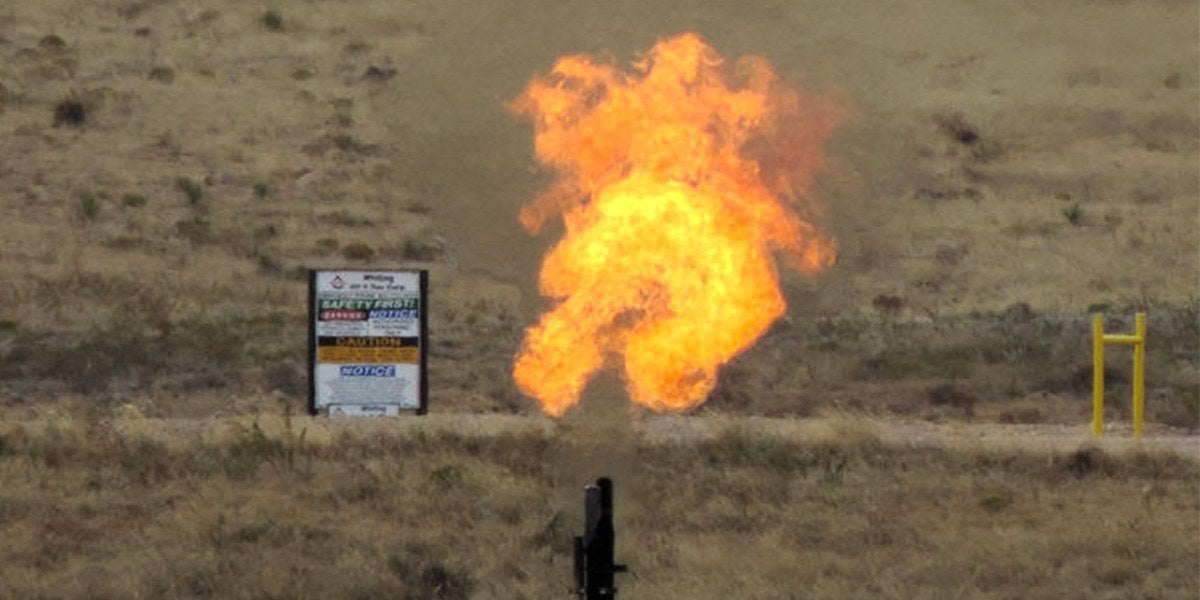 In its announcement of the stay, the EPA acknowledged that the move may have a “disproportionate impact” on children’s health, but reasoned that the temporary nature of the stay would ensure “limited” harm to children.

The Bureau of Land Management also announced in a separate notice published Thursday that oil and gas companies would not have to comply with its own rule restricting venting and flaring gas on public land while the rule is under judicial review. The BLM rule survived a Congressional Review Act attack in the Senate last month, as bipartisan backers pointed out that methane regulations save millions of taxpayer dollars and protect public health.

“A two year delay would allow more air pollution that will lead to higher levels of cancer, asthma attacks from ozone smog and worsen the climate crisis.”

The methane waste rule calls for leak detection and repair with affordable, off-the-shelf technologies, and restricts venting and flaring of methane by oil and gas companies on public lands. The original compliance date is January 18, 2018.

“Methane waste seriously and urgently threatens our climate, our pocketbook and public health,” said Erik Schlenker-Goodrich, executive director of the Western Environmental Law Center. “If there was any doubt who Sec. Zinke serves in his position, it’s now abundantly clear it’s not the American public.”