Will Extracting the World’s Most Abundant Fossil Fuel Release the Methane Monster? 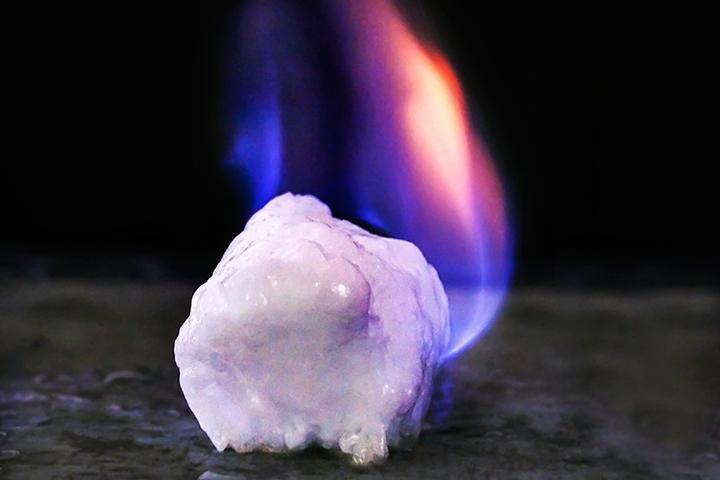 Commercial development of this frozen fossil fuel is considered by many countries as a key to energy security. However, releasing this massive methane monster is a potential environmental disaster.

According to the Associated Press, a drilling crew in Japan successfully extracted methane hydrate on May 4 near the Shima Peninsula. Similarly, Xinhua reported that a Chinese drilling rig extracted the fuel in the South China Sea on Thursday, with Chinese Minister of Land and Resources Jiang Daming heralding the event as a breakthrough that could spearhead a “global energy revolution.”

Methane hydrate is created by organic matter decomposing under the ocean floor and is often called “combustible ice” because it can be lit on fire. It also happens to be one of world’s most abundant fossil fuels.

While commercial development of methane hydrate is still decades away, it’s no wonder that many countries and the fossil fuel industry are so excited by it. The U.S., Canada, India and South Korea are also pursuing the fuel. The U.S. Energy Department has pumped millions into researching the hydrocarbon.

However, unlocking the globe’s vast swaths of methane buried deep in the sea has a number of risks. First, it can be costly and difficult. Japan, for instance, has invested around $700 million on methane-hydrate R&D over the past decade, getting only $16,000 worth of natural gas in return. In 2013, Japan stopped an effort to extract the fuel because sand from the seafloor was clogging their machinery.

And although we often talk about carbon dioxide being a climate change villain, methane hydrate is much, much worse—about 23 times more potent as a heat-trapping gas. If methane escaped or leaked during the extraction process, it could significantly increase greenhouse gas emissions.

It’s already worrisome that the world’s rising temperatures are causing permafrost to thaw, which is releasing methane. Now, countries are actively drilling into the world’s seabeds to harvest this potentially dangerous fuel.

David Sandalow, a former senior official with the U.S. State Department now at Columbia University’s Center on Global Energy Policy, told the AP that the fuel could displace renewables such as solar and wind power.