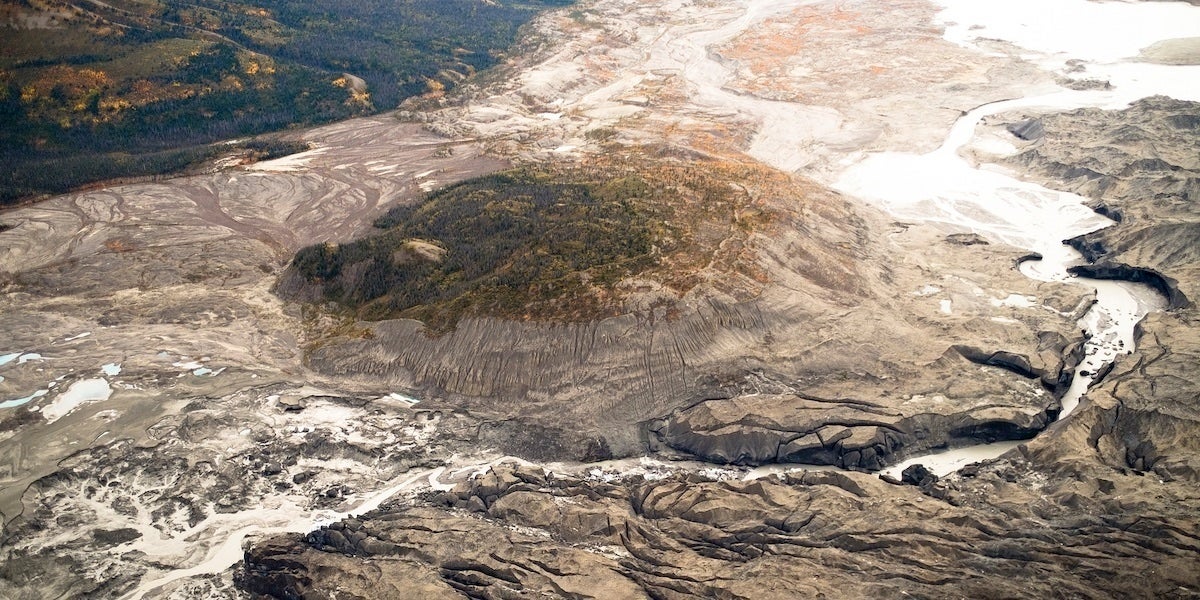 Glaciers in Canada’s Yukon territory are melting at an alarming pace, causing bodies of water to dry up and whipping up dust storms in the region, CBC News reported.

Researchers have determined that the rapidly retreating Kaskawulsh Glacier in the Yukon’s St. Elias Mountain region cannot compensate for the volume it is losing now each year.

In the 2018 report, State of the Mountains, experts estimated that the glaciers in the St. Elias Mountains are losing more ice than any other alpine area in the country. The mountain range runs from British Columbia, the Yukon and Alaska, and is part of the largest ice field in the world outside of Antarctica and Greenland.

“We as Canadians are stewards of about a third of the world’s mountain glaciers and ice caps, so this is our responsibility,” Glaciologist Gwenn Flowers told CBC

Flowers said that the Kaskawulsh glacier is losing a half meter (1.6 feet) of ice a year.

One-third of the world's glaciers and icecaps exist in Canada, and in the Yukon, the ice is thinning more than in any other alpine area in the country.

After decades of retreat due to climate change, the Kaskawulsh Glacier’s meltwater abruptly switched directions in the first documented case of “river piracy.” For centuries, the meltwater flowed north into the Slims River, but over the course of a few days in the spring of 2016, the water started flowing east into the Kaskawulsh River.

The rerouting of the meltwater dried up the Slims River and cut off the main flow of water to Kluane Lake, exposing sediments and making the area more prone to dust storms. Drivers along the Alaska Highway, which bisects the Slims River valley, often encounter dust storms that obscure the road and slow traffic to a crawl, CBC wrote.

“We’re seeing a 20 percent difference in area coverage of the glaciers in Kluane National Park and Reserve and the rest of the UNESCO world heritage site [over a 60-year period],” Diane Wilson, a field unit superintendent at Parks Canada, told CBC. “We’ve never seen that. It’s outside the scope of normal.”