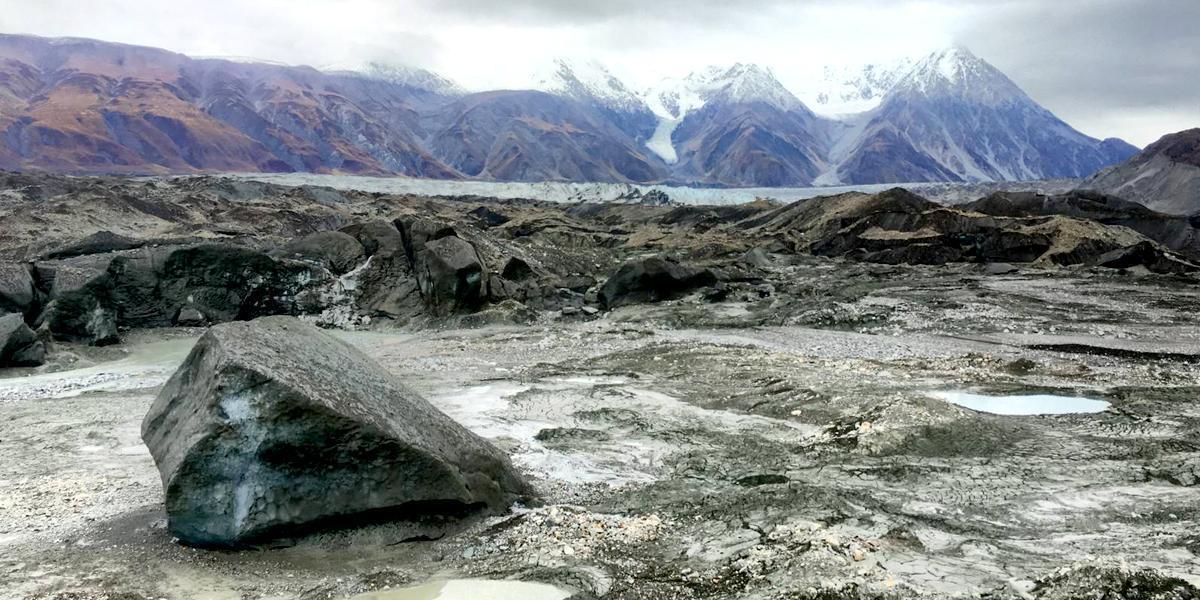 New research published in the journal Nature Geoscience Monday outlines the first documented case in modern times of what is being called “river piracy,” in which one huge river suddenly flows into another.

For centuries, the Slims River had flowed north, carrying meltwater from the massive Kaskawulsh Glacier towards the Bering Sea. It was not a small river, spanning some 150 meters (492 feet) at its widest point.

However, the unusually hot spring last year caused an intense melting of the glacier that cut a new channel through the ice to the Alsek River, which flows southwards and into the Pacific. Where once the two rivers were comparable in size, the Slims has been reduced to a trickle and the Alsek is now some 60-70 times larger.

The Alsek had stolen the waters of the Slims.

The first recorded case of “river piracy” in the modern era shows how quickly climate change can alter natural topography. And more troubling for the scientists is that a phenomenon that they would expect to happen over hundreds of years occurred in a matter of days. Moreover, they do not expect it to be reversed. The river theft “is likely to be permanent,” they argued.

“We were pretty shocked. We had no idea what was really in store,” said Professor Dan Shugar, the paper’s lead author and a geoscientist at the University of Washington Tacoma. “Day by day, we could see the water level dropping.”

Another of the scientists involved, James Best, a geologist at the University of Illinois, described the discovery. “We went to the area intending to continue our measurements in the Slims River, but found the riverbed more or less dry,” he said. “The delta top that we’d been sailing over in a small boat was now a dust storm. In terms of landscape change, it was incredibly dramatic.”

The paper outlines that climate change is to blame.

In just fifty years, the Kaskawulsh Glacier has retreated by up to 700 meters (2297 feet). But last year, that rate increased dramatically with the unseasonably warm weather. The scientists argue that the chance of the “river piracy” occurring due to natural variability is at 0.5 percent. “So it’s 99.5 percent that it occurred due to warming over the industrial era,” said Best.

The phenomenon could have major ramifications for areas such as the Himalayas, the Andes or Alaska as global warming continues and glaciers continue to retreat. Professor Shugar told the New York Times that, as climate change causes more glaciers to melt, “We may see differences in the river networks and where rivers decide to go … We may be surprised by what climate change has in store for us—and some of the effects might be much more rapid than we are expecting.”

Indeed, the Nature Geoscience paper was published alongside an essay from Rachel M. Headley, an Assistant Professor of Geoscience at the University of Wisconsin-Parkside. “As the world warms and more glaciers melt, populations dependent upon glacial meltwater should pay special attention to these processes,” she warned.