Mayor's Epiphany at the Vatican: Climate Debate Is Over for the Rest of the World 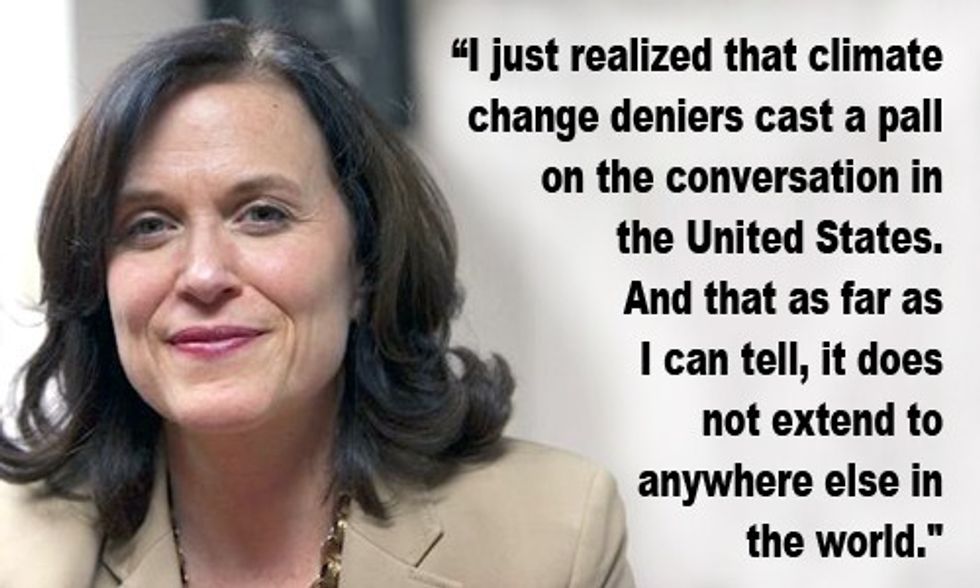 It is often said that travel broadens horizons. Such was the case when Minneapolis Mayor Betsy Hodges left the City of Lakes for Rome this week. About half-way through her second day at the Vatican, attending an international conference of mayors organized by Pope Francis that began Tuesday, Hodges had an epiphany: climate change isn’t up for debate in the rest of the world.

“[I] just realized that climate change deniers cast a pall on the conversation in the United States," Hodges, a Democrat, told the Minneapolis Star Tribune Wednesday. "And that as far as I can tell, it does not extend to anywhere else in the world."

Actually, maybe it does. According to a study published in the journal Global Environmental Change recently, Australia has the largest flock of climate deniers. Seventeen percent of Aussies are doubtful global warming exists while Norway and New Zealand follow—15 percent and 13 percent of their populations respectively are climate skeptics. In the U.S., 12 percent of us don’t believe climate change is taking place, according to the study.

Yet figures vary when researchers have focused on likely voters, rather than the population at large. A survey conducted by the Yale Project on Climate Change Communication last year found just 66 percent of U.S. voters thought that climate change was happening.

Doubters in the U.S. are most highly concentrated in the Republican party and their beliefs are reflected in the crowded field of Republican candidates currently running for president, only two of whom—former New York Gov. George Pataki and Ohio Gov. John Kasich, who entered the race Tuesday—acknowledge climate change is real.

After addressing the 60 mayors from around the world who attended the conference Pope Francis signed a declaration stating that “human-induced climate change is a scientific reality and its effective control is a moral imperative for humanity.”

Mayor Hodges said she left the conference inspired to take climate action with an emphasis on environmental justice.