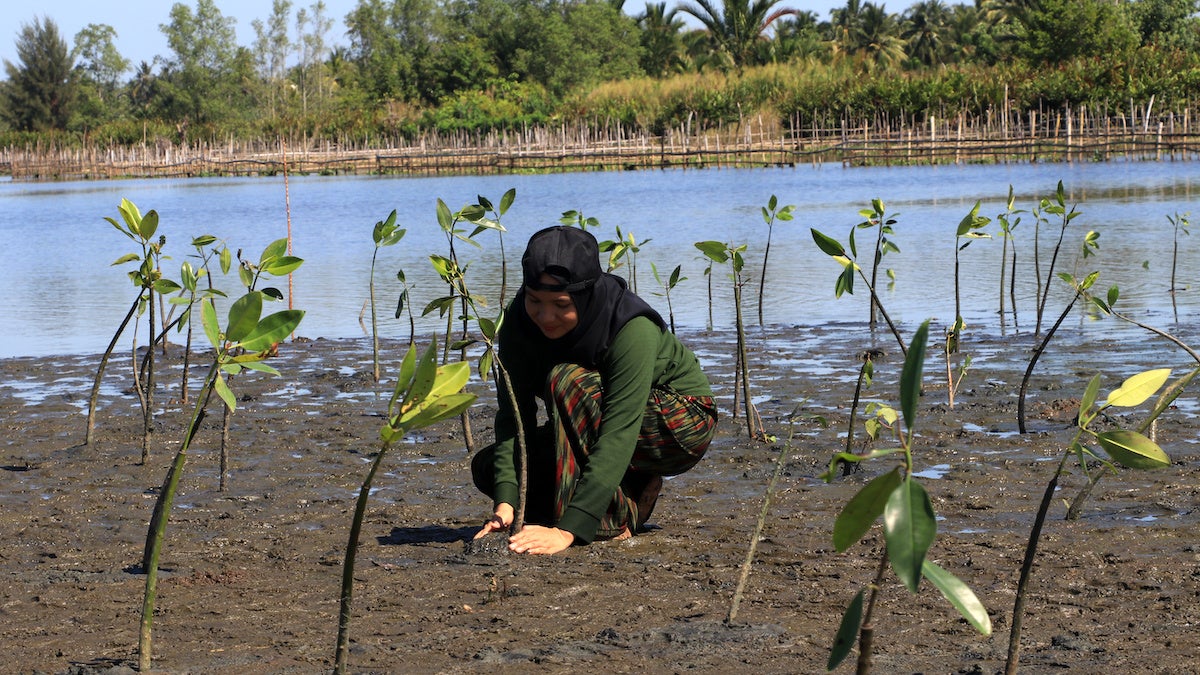 Mangroves play a vital role in capturing carbon from the atmosphere. Mangrove forests are tremendous assets in the fight to stem the climate crisis. They store more carbon than a rainforest of the same size.

However, they are under threat from sea level rise. A new study found that if emissions continue unabated, mangroves will not be able to keep up and could disappear in 30 years, as The Verge reported.

The new study published in the journal Science found that mangroves will start to die out if sea levels rise just six millimeters per year. However, mangroves are more likely to survive when sea level rise is less than 5 millimeters (about 0.2 inches) per year, which is projected for low-emissions scenarios this century, according to a Rutgers University statement.

“Under high-emissions scenarios, rates of sea-level rise on many tropical coastlines will exceed 7 millimeters per year, the rate at which we concluded there’s a 6.2 percent probability mangroves can sustain growth,” said co-author Erica Ashe, a post-doctoral scientist in the Department of Earth and Planetary Sciences at Rutgers University, in the statement. “The loss of these mangrove ecosystems could result in increased carbon dioxide in the atmosphere and fewer vital buffers against storm surges in the long run.”

Around the world, there are 80 different species of mangrove trees. All of them grow in warm, shallow, coastal waters around the tropics. They spread their roots in sediment that is under the water, while their upper trunks, branches and leaves are above the water. The forests usually flood twice a day during high tide, according to Newsweek.

They play a crucial role in stabilizing the coastline, providing protection from storms, waves, and tidal erosion. Their root systems provide a habitat for fish and other animals, according to Newsweek. Mangrove forests work their magic by pulling freshwater from salty seawater to serve as a nursery for fish, crustaceans and shellfish. But if their roots are completely submerged for too long, the mangroves will drown.

As The Verge noted, mangrove forests are a boon to people and the planet, which is why scientists in Florida have sought to use mangroves as a defense for coastal communities from the ravages of the climate crisis. However, for mangroves to help us, we will first need to help them.

“We have an opportunity here to take action and to keep the rates of sea level rise below these critical thresholds, which is part of the reason that this is an important study,” says Ashe, as The Verge reported.

To figure out just how much sea level rise was too much for the mangroves, Ashe and her colleagues, led by Neil Saintilan from Macquarie University in Australia, examined sediment core samples from 78 locations around the world. Those samples shed light on how mangroves responded to past changes in the rate of sea level rise, which went from more than 10 millimeters (0.39 inches) per year nearly 10,000 years ago to almost stable around 4,000 years later, as Newsweek reported. They discovered that mangrove ecosystems only developed when rates of sea level rise dropped below about 7 millimeters a year.

“There was good news and bad news. The good news was that mangroves were clearly capable of surviving much higher rates of sea-level rise than we have around the world at present,” Saintilan told Newsweek. “There were many examples where mangroves were able to keep pace with sea-level rise of 5 millimeters per year; the current rate is just over 3 millimeters per year.”