Lyme Epidemic Spreads Worse Than Ever 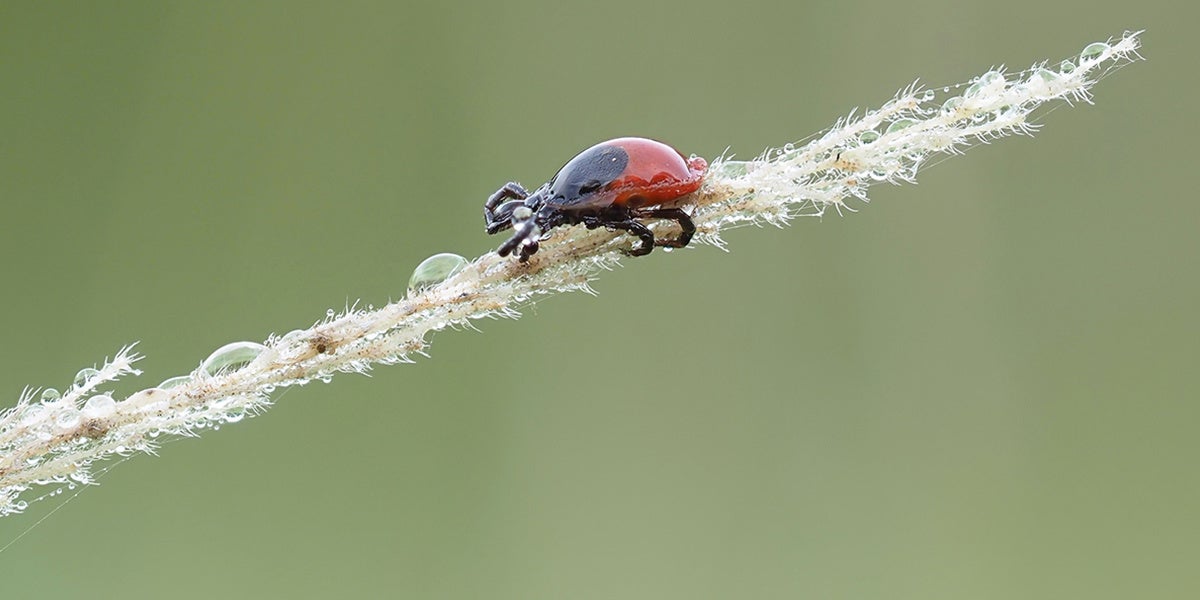 In the summer of 2013, I was changing into pajamas when an irritated blotch of skin caught my eye. My rib cage looked like a miniature advertisement for Target: There was a near-perfect circle of red, a smaller, concentric ring of clear skin, and then a red dot right in the middle. Bull’s-eye.

In medical jargon this distinctive rash is called erythema migrans, and it’s the calling card of Lyme disease. Fittingly enough, I was spending this particular peak tick season in Old Lyme, Connecticut—where it was first discovered in 1975. Luckily, I knew to be on the lookout for this exact symptom, and a course of antibiotics knocked it out of my system. I experienced no further problems.

But cases of Lyme disease aren’t always so straightforward. According to the Centers for Disease Control and Prevention (CDC), somewhere around a quarter of infected people never get the bull’s-eye rash, and other early signs, like headache and fatigue, can be easy to misinterpret. If Lyme progresses untreated, it can spread to the joints, heart and nervous system, sometimes triggering problems like meningitis, arrhythmias, or Bell’s palsy. Later stages of the disease can cause symptoms that are more difficult to treat, like arthritis and memory loss.

“It’s a huge problem, it’s growing, and we really are concerned about the lack of prevention tools that are available,” said C. Ben Beard, deputy director of the CDC’s Division of Vector-Borne Diseases.

Unlike the tiny ticks that carry the troublesome bacteria, Lyme’s rise is easy to spot in the CDC’s incidence maps from the past couple of decades. Since the early 1990s, the annual number of officially reported cases of Lyme has tripled to 30,000, but studies suggest the actual number is 10 times higher than that. Climate change, suburban land development, and habitat change are creating conditions that not only allow the ticks to thrive, but also put more people into contact with them and their harpoon-like mouthparts.

Black-legged ticks (also known as deer ticks) feed exclusively on blood and need three meals over a two-year period to complete the four stages of their life cycle; otherwise, they starve to death (good riddance). As winters warm, milder seasons are giving the bloodsuckers a larger window of opportunity to find hosts to dine on, allowing them to survive in greater numbers. Meanwhile, higher temperatures are enabling the ticks to spread to parts of the map that have historically been too cold to sustain them. (These arachnids also depend on a high baseline of relative humidity, which explains why residents of drier regions of the country don’t have to worry about the disease.) 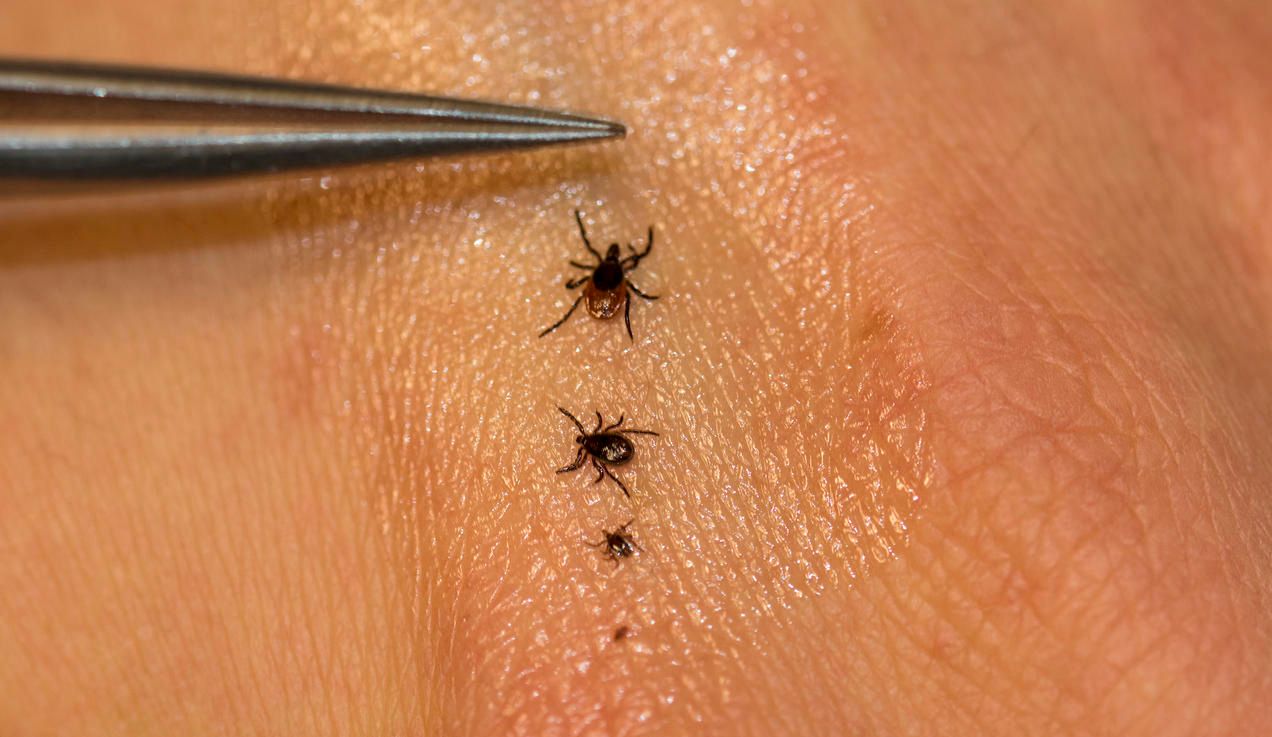 Climate change isn’t the only thing humans are causing to make the environment more hospitable to these parasites. Forest fragmentation is giving a boost to populations of white-footed mice, the primary carriers of B. burgdorferi, and suburbanization puts humans into closer contact with these and other tick-hosting wildlife like chipmunks and deer.

Almost half of all U.S. counties reported the presence of black-legged ticks as of 2015, up 45 percent from 1996. Still, Lyme is mostly a regional threat—95 percent of confirmed cases occur in just 14 states in the Northeast and upper Midwest. And within those states, Lyme is sickening more and more people. The upsurge is especially pronounced in the Northeast, where the number of counties with high incidence of the disease increased 320 percent between 1993 and 2012.

As Lyme moves into new communities, residents often don’t know how to protect themselves, and local doctors aren’t always familiar with the symptoms and best treatment practices. On top of that, bad advice on how to treat Lyme is swirling around on the Internet. According to one study, more than 30 untested alternative therapies are marketed to Lyme sufferers online, including drinking urine, sleeping on a bed of 70 magnets, and blowing gaseous ozone into the rectum. Yup. (Just to be crystal clear: Do not try any of this at home … or anywhere else.)

“The misinformation persists at almost all levels of the Lyme epidemic,” said Richard Ostfeld, a disease ecologist at the Cary Institute of Ecosystem Studies. 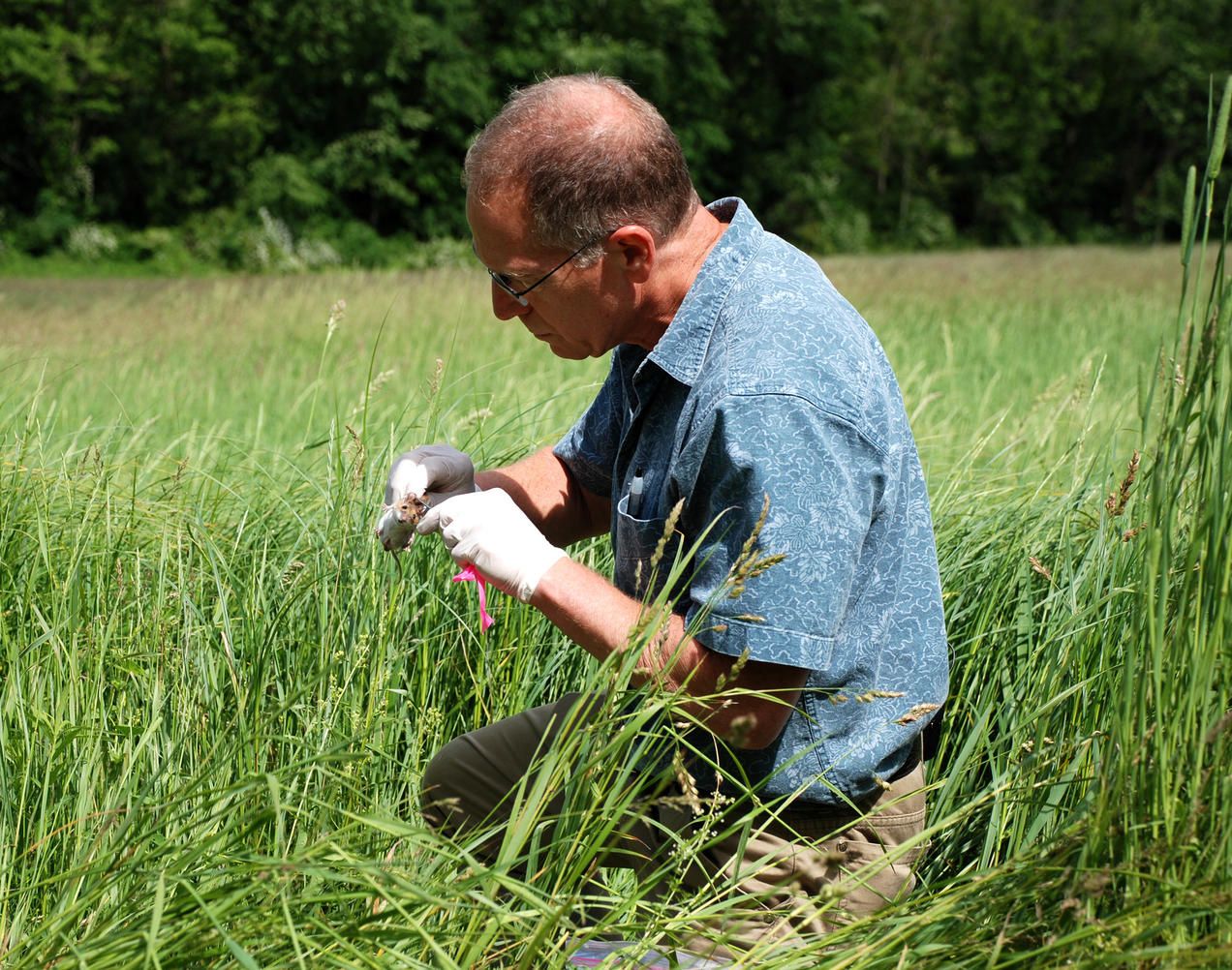 Richard Ostfeld tags a white-footed mouse as part of field research on the ecology of Lyme disease.Pamela Freeman

Combine inadequate prevention with serious—but sometimes enigmatic—symptoms, widespread misinformation, and a steady creep into new areas, and you’ve got a recipe for a population increasingly vulnerable to a Lyme epidemic. “I would characterize our preparedness as very poor,” said Ostfeld. “And that needs to be rectified.”

So, what can be done? A lot, actually. Beard said the CDC is working to educate health care providers in Lyme-prone areas on how to recognize the symptoms. The National Institutes of Health is also supporting research into more rapid diagnostic tests. The current approach detects antibodies that the immune system produces in response to the bacteria, but the antibodies can take a few weeks to show up.

Ostfeld thinks diagnosing Lyme will remain difficult for some time, and avoiding infections in the first place through tick checks, proper clothing, and potential vaccines may still be the best strategy. “What if we lived in a world in which [diagnosis] was less important because we were preventing so many potential cases of tick-borne disease?” he asked.

Last summer, the FDA fast-tracked the approval process for VLA15, a potentially safe and effective Lyme disease vaccine. (A pharmaceutical company discontinued an earlier vaccine, introduced in 1998, after some recipients claimed it gave them arthritis. Clinical data did not support these claims; the same vaccine is now used to protect dogs from the disease.)

Ostfeld, along with his research partner and wife, Bard College ecologist Felicia Keesing, is leading the Tick Project, a five-year study to see if environmental interventions can protect communities from Lyme disease. A thousand households (and their pets) in 24 neighborhoods in Dutchess County, New York, have signed up to participate. The researchers began deploying two tick control methods last summer: bait boxes that apply a small dose of fipronil—the main ingredient in Frontline—to small animals like chipmunks and mice, and a fungal spray that kills ticks. Over the next few years, they hope to find out whether these methods can effectively lessen a neighborhood’s exposure to Lyme.

On a larger scale, it will be critical to curb climate change and the other forces that drive Lyme disease and other vector-borne illnesses, like the Zika virus and malaria, into new areas.

“We absolutely need to be pushing our leaders at all levels of government to cut carbon pollution,” said Juanita Constible, senior advocate for climate and health for NRDC’s Climate and Clear Energy program. “We’re setting up the backdrop for ticks to take over parts of the country where they never were before.”

Constible speaks from the heart. She lives in Loudoun County, Virginia, a Lyme hot spot, and has had the disease three times in the past six years. And though she has made a full recovery after each bout with Lyme, the experiences have left their mark on her work. “It makes it a lot more deeply personal for me, and it heightens the urgency to do something about climate change,” she said. “I certainly don’t want my friends and family and coworkers to face this.”