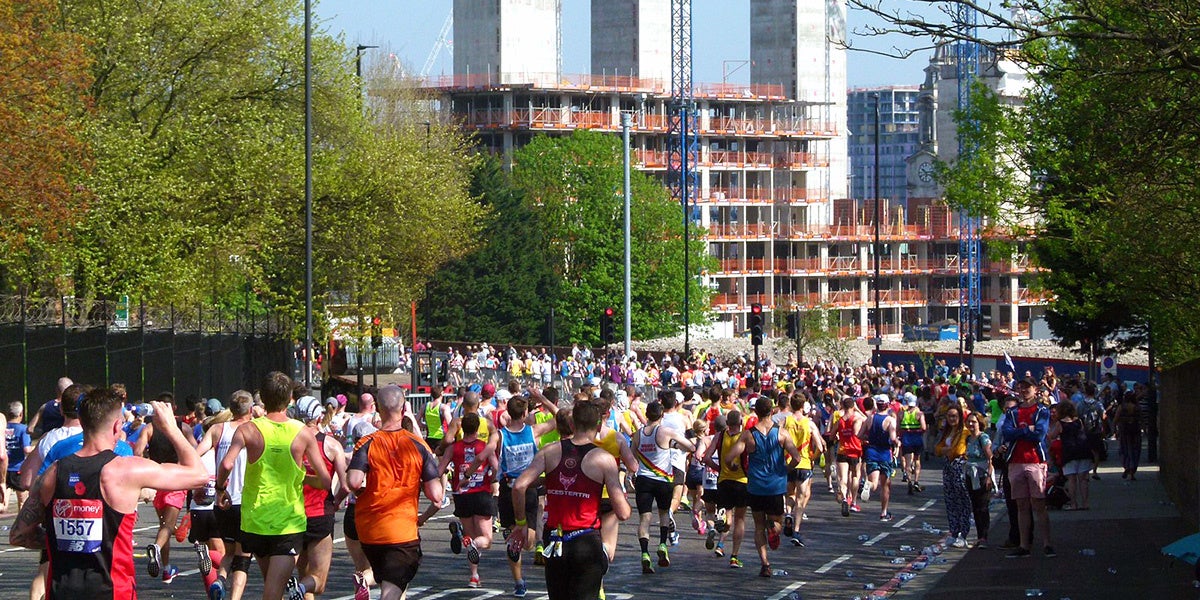 The 2018 London Marathon dropped air pollution on one street along its route by 89 percent. Kleon3 / Wikimedia / CC BY-SA 4.0

Global Action Plan, a non-profit organization dedicated to tackling “throw away culture” and the impact it has on humans and the planet, discovered an unexpected health benefit to running marathons.

The group looked at data from air quality monitoring stations along Upper Thames Street, part of the route of the London Marathon, which took place Sunday and causes street closures and traffic reduction as cars make way for runners.

Her organization is using these findings to renew calls for a “car free day” in London on June 21, The Evening Standard reported Monday.

The news comes amidst growing concern about air pollution both in the UK and worldwide.

And the most recent State of Global Air report, published this April by the Health Effects Institute, found that 95 percent of humans breathe unsafe air. There is increasing evidence from the scientific community that exposure to particulate matter doesn’t just cause circulatory and respiratory illness, but also harms brain development in children, leading University of Rochester environmental medicine Prof. Deborah Cory-Slechta to call it “the next lead.”

The UK’s efforts to combat climate change could have an added benefit of solving its air pollution woes. Currently, the country has plans to ban the sale of new diesel and gas cars by 2040, The Guardian reported.

But on April 17, Environment Minister Claire Perry announced the country would review its climate goals with the intention of reaching net-zero carbon emissions by 2050. Bringing forward the diesel-and-gas-new-sales ban could help the country reach that goal. And, as the London Marathon data indicates, it would help its capital breathe easier as well.