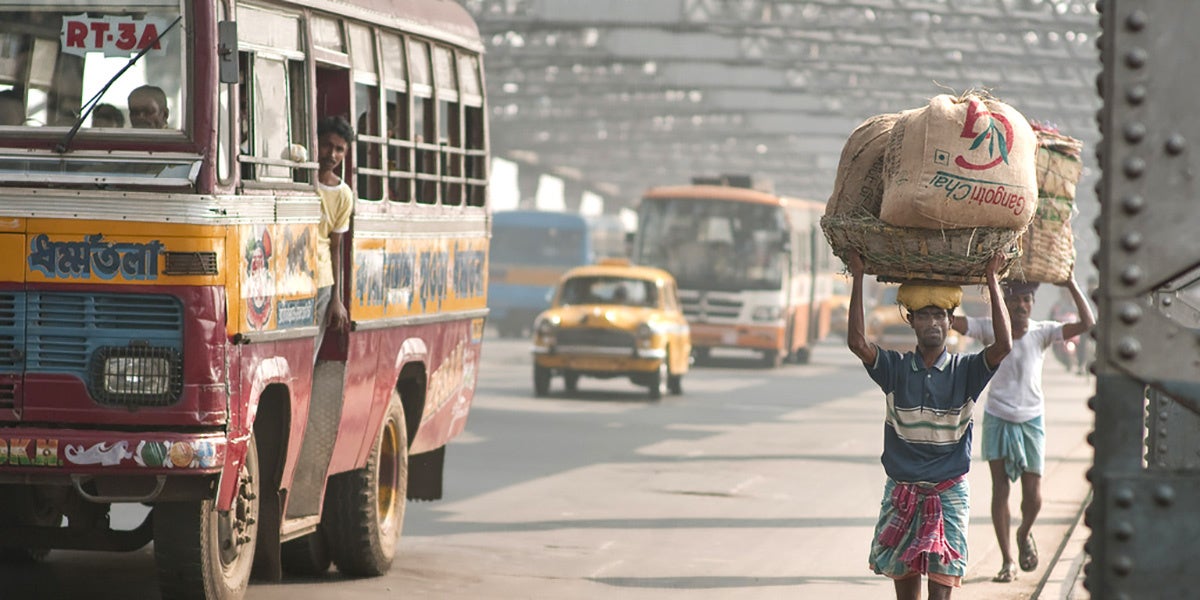 One of the roadblocks to swift action on climate change is the human brain’s tendency to focus on threats and stimuli that are an obvious and noticeable part of their everyday lives, rather than an abstract and future problem, as Amit Dhir explained in The Decision Lab.

Now, a study published in Nature Climate Change Monday shows that acting quickly to curb greenhouse gas emissions would also reduce the air pollution that is already a major urban killer, thereby saving millions of lives within the next 40 years.

The study was led by Duke University with funding from NASA’s Goddard Institute for Space Studies and participation from Columbia University. It found that if decision-makers act to reduce emissions by 180 gigatonnes of carbon this century, consistent with limiting warming to two degrees Celsius without relying on carbon-capture technology, as many as 153 million premature air pollution deaths will be avoided.

The study focused on the number of lives that would be saved in the world’s 154 largest urban areas following near-future emissions reductions. The most lives saved would be in Kolkata, India, at 4.4 million, and the next most in New Delhi, at 4 million. More than a million lives would be saved in 13 different Asian and African cities and 120,000 to 320,000 lives would be saved in New York, Los Angeles, Moscow, Sao Paulo, Mexico City and Puebla, Mexico each, according to a Duke University press release announcing the findings. 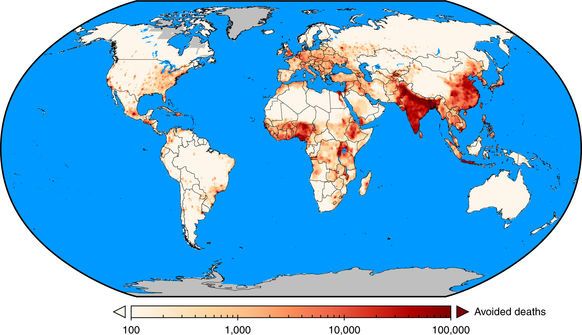 This map shows the number of ozone and particulate matter deaths that would be avoided per year worldwide from 2020 to 2100 following carbon dioxide emissions reductions. Nature Climate Change

“Hopefully, this information will help policymakers and the public grasp the benefits of accelerating carbon reductions in the near term, in a way that really hits home,” study co-author and Duke University earth science professor Drew Shindell said in the press release.

The researchers compared the amount of air pollution like ozone and particulate matter in the atmosphere in scenarios where early emissions reductions are made, limiting warming to two degrees Celsius without relying on “negative emissions” or 1.5 degrees with, to a scenario in which emissions are allowed to remain high in the near future in the hopes that technology for removing carbon from the atmosphere will develop enough to limit warming to 2 degrees Celsius by the end of the century, something called “the lowest-cost approach.”

“The lowest-cost approach only looks at how much it will cost to transform the energy sector. It ignores the human cost of more than 150 million lost lives, or the fact that slashing emissions in the near term will reduce long-term climate risk and avoid the need to rely on future carbon dioxide removal,” Shindell said in the release.

The study comes less than a week after a historic joint inquiry undertaken by four committees of United Kingdom (UK) members of parliament (MPs) called air pollution in the UK, which kills 40,000 a year, a “national health emergency,” as The Guardian reported Thursday.

In an example of how fighting climate change and saving lives from air pollution go hand in hand, the MPs called on the UK government to bump up the date by which sales of diesel and gas cars will be banned in the country, from 2040 to 2030, The Guardian reported.