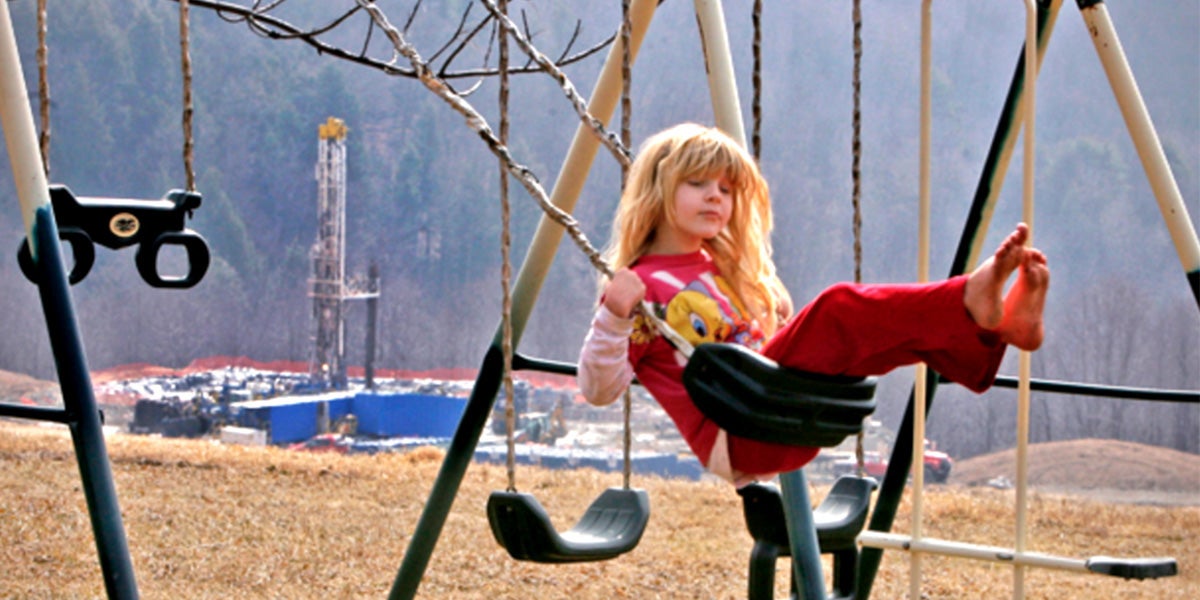 The drilling process, of course, has the potential to emit toxic substances, including the carcinogen benzene, polycyclic aromatic hydrocarbons and diesel exhaust, into the surrounding air and waterways. But researchers have long been trying to determine to what extent oil and gas drilling operations may threaten public health, particularly around cancer risk.

However, new research suggests that children living in areas of high-density oil and gas development may face increased risk of health impacts, namely a certain type of leukemia, as a result of their exposure to pollutants associated with this activity.

In some parts of Colorado where oil and gas development is especially concentrated, hundreds of oil and gas wells reportedly lie within one mile of residential areas. And according to a recent study, children and young adults who were diagnosed with acute lymphocytic leukemia were 4.3 times more likely to live within 10 miles of an active oil and gas well than kids with other types of cancer.

This finding, published in the scientific journal PLOS One, applied to youth between 5 and 24 years old. The study did not find a connection between other types of cancer, such as non-Hodgkin lymphoma and proximity to oil and gas wells.

“Over 378,000 Coloradans and millions of Americans currently live within a mile of at least one oil and gas well and petroleum development continues to expand into residential areas,” Dr. Lisa McKenzie, professor with the Colorado School of Public Health at the University of Colorado Anschutz and the lead author of the study, said in a statement.

“The findings from our registry-based case control study indicate that young Coloradans diagnosed with one type of childhood leukemia are more likely to live in the densest areas of oil and gas sites. More comprehensive research that can address our study’s limitations is needed to understand and explain these results.”

While oil and gas development can and does happen in urban areas (see: Los Angeles), McKenzie’s team limited their research to Colorado’s small towns and rural areas with populations under 50,000 people. They used data collected by the Colorado Central Cancer Registry to find more than 740 young Coloradans under 24 years old who were diagnosed with cancer between 2001 and 2013.

[facebook https://www.facebook.com/EcoWatch/videos/1452225191457080/ include in-utero and postnatal exposures to vehicle exhaust fumes, polycyclic aromatic hydrocarbons and chemicals including benzene and other hydrocarbons.

McKenzie and her co-authors called for more research to confirm their findings, recommending that those studies take into account nuances such the type and level of oil and gas development and production, the amounts of benzene and other pollutants and pollutant levels at locations such as schools and childcare facilities.

But a key takeaway of the study seems to be that fracking and horizontal drilling have enabled oil and gas development to encroach more and more into places where people live (something the city of Greeley, Colorado, is grappling with firsthand) and as the researchers noted, “This has the potential to expose a large population to oil and gas development related pollutants.”