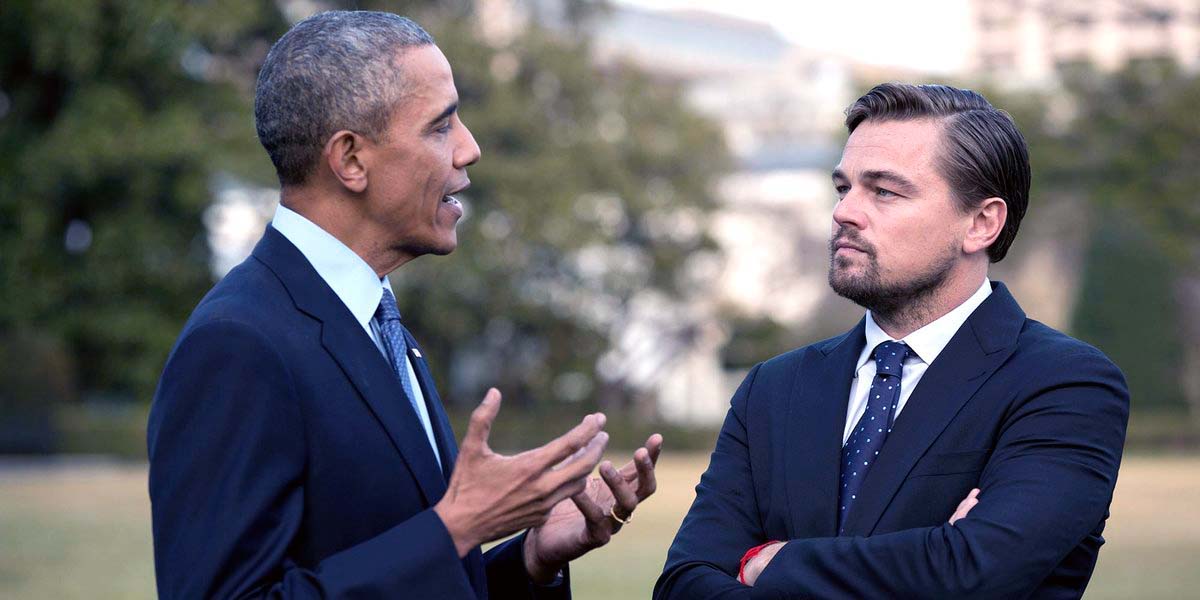 President Obama and Leonardo DiCaprio will meet at a White House event Oct. 3 to discuss ways to combat climate change.

Exciting news: @POTUS will be joined by @LeoDiCaprio for a conversation on combating climate change at #SXSL: https://t.co/eMPiKavm8y pic.twitter.com/o7Gp0cNhBV

At the inaugural South by South Lawn or SXSL, a play on SXSW, Obama and the Academy Award-winning actor will take part in a conversation with renowned climate scientist Dr. Katharine Hayhoe about “the importance of protecting the one planet we’ve got for future generations.”

Following the conversation, DiCaprio’s new climate documentary Before the Flood will be shown on the South Lawn in what is being billed as a “first-of-its-kind film screening.”

The film, directed by Fisher Stevens, chronicles DiCaprio’s international campaign to highlight the perils of a warming planet. Before the Flood will air on the National Geographic Channel globally in 171 countries and 45 languages on Oct. 30.

Looking forward to sitting down with @POTUS and @KHayhoe for a discussion on #climatechange. https://t.co/2Nk6EmtKpU

The actor also made climate change a centerpiece of his Oscar acceptance speech earlier this year, calling it “the most urgent threat facing our species.”

In his speech, he addressed the need to support leaders who fight the biggest polluters, as well as the need to stand up for the rights of indigenous people and for the “billions and billions of underprivileged people” affected by global warming.

“For our children’s children, and for those people out there whose voices have been drowned out by the politics of greed. I thank you all for this amazing award tonight. Let us not take this planet for granted. I do not take tonight for granted. Thank you so very much,” DiCaprio said.