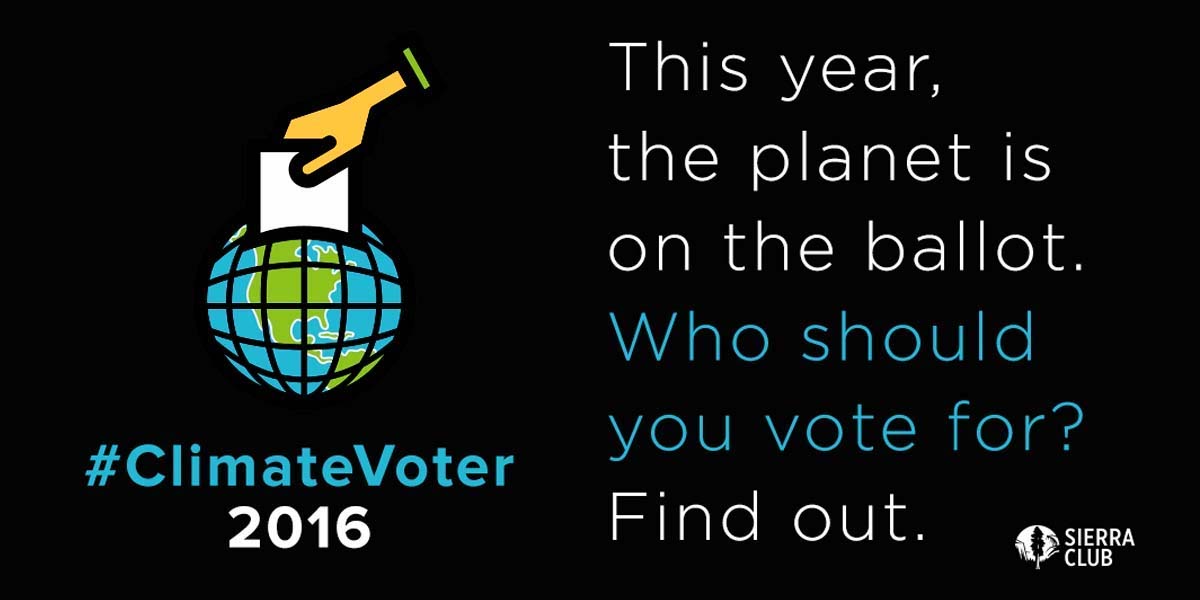 This is it. This is the homestretch. It’s just under 50 days until the election, which means it’s time to put up or shut up—and the Sierra Club is doubling down.

It’s hard to look at the stakes in this election and not want to jump in the fight with everything you’ve got. There’s just too much on the line for our environment and the climate, and the contrast is so clear. 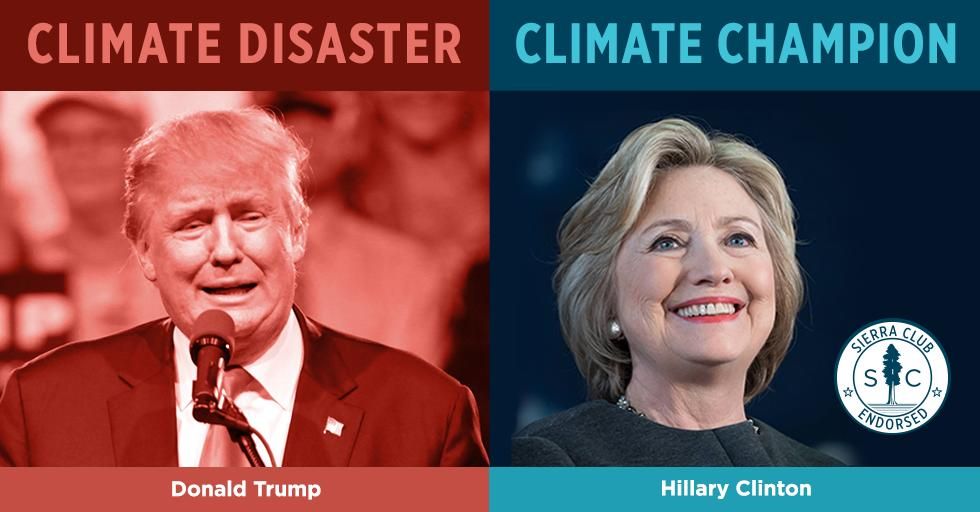 That’s why we’ve just officially released our first ever #ClimateVoter web guide, ClimateVoter2016.org, which makes the choice between “Climate Champions” and “Climate Disasters” clear for voters up and down the ballot. One area where that contrast couldn’t be clearer is the presidential race.

For the last year, Donald Trump‘s campaign has laid waste to common sense and decency across the country. His toxic rhetoric has targeted Latinos, Muslims, women, immigrants, the disabled, African-Americans, and basically anyone who respects our nation for what it is and what it stands for. And we know his policy will be just as toxic if and when he steps into office—and so would our air and water.

Trump has promised that he will eliminate the U.S. Environmental Protection Agency (EPA) if he wins, which means we can kiss the best, most important parts of the Clean Air Act and the Clean Water Act goodbye, along with almost every other federal clean air and water safeguard.

And if you want even more evidence that Trump’s extremism will mean havoc for our nation and our planet, look no further than his stance on the climate crisis: he has called it a hoax created “by and for the Chinese.”

That’s right. If elected, Donald Trump would be the only world leader who denies the science of climate change. He even says he wants to tear up the historic Paris climate agreement, when nearly 200 countries came to the table to finally act together to tackle the climate crisis. His position would be a national embarrassment that would erode our ability to operate on the international stage and threaten U.S. national security.

Thankfully, there’s a choice. Secretary Hillary Clinton doesn’t just know the climate is changing, she is listening to the scientists and has a strong plan to do something about it.

Clinton is running on the strongest environmental and climate action platform of any nominee in history. She wants to implement the Paris agreement and more, with a plan to install half a billion new solar panels and generate enough clean, renewable energy to power every home in the country. She rejects the toxic Trans-Pacific Partnership, and would put an end to dangerous drilling in the Arctic, the Atlantic and on our public lands.

Beyond the presidential race, there are profound choices to make up-and-down the ballot between climate disasters and climate champions, and voters deserve to know the difference there too.

Burr, we have a few hundred scientific studies you should take a look. Or you could just refer to NASA, which the Republican Party went out of their way to celebrate at their most recent convention. Frankly, it’s no surprise that a denier like Burr also has no interest in a landmark policy like the Clean Power Plan—the EPA’s first ever effort to cut carbon pollution from power plants while growing our clean energy economy.

On the other hand, Burr’s opponent Deborah Ross strongly supported legislation that spurred the growth of clean energy jobs in North Carolina, while opposing environmentally harmful fracking. She’s supported policies to protect clean air and clean water while opposing tax breaks for polluters. So it’s clear all around that right now Congress desperately needs more climate and environmental champions like Deborah Ross in the Senate, and fewer climate deniers like Richard Burr. 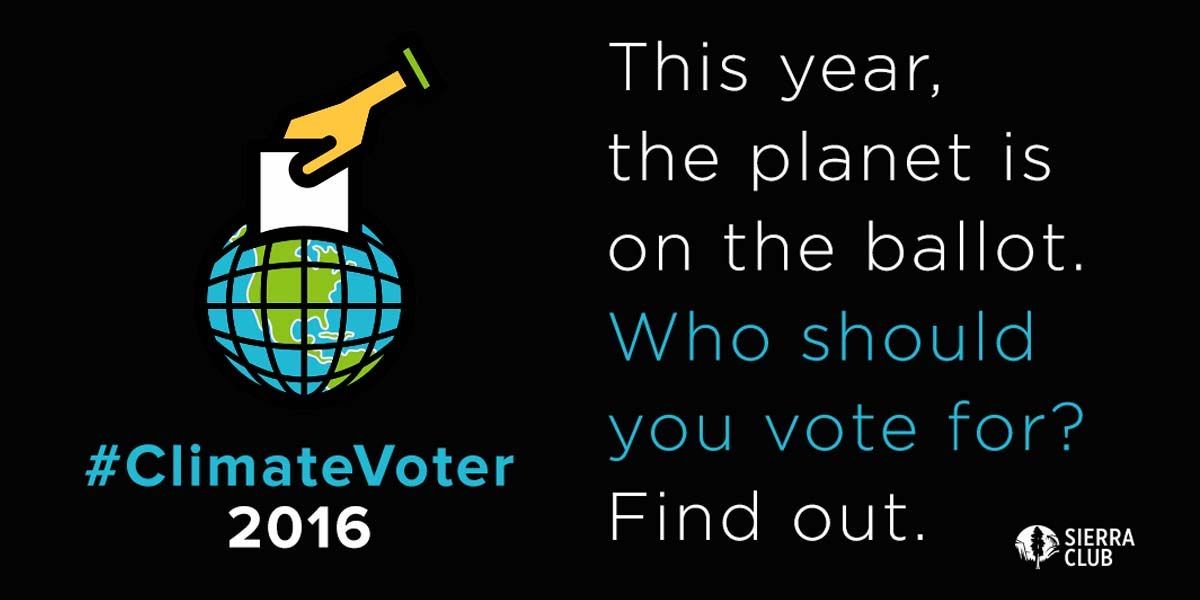 So if you’re all revved up and ready to go, you’re in just the right place because you can learn far more about each of these races by viewing checking out our #ClimateVoter web guide today.