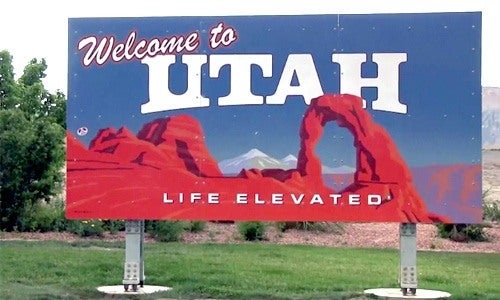 With oil and gas in high demand and harder to find with each passing day, people seeking to squeeze the last drops of buried oil are back again in Utah.

This time they are trying to ring out some of the dirtiest trickles of remaining oil trapped in the sizable deposits of tar sands that is associated with even more voluminous amounts of oil shale deposits beneath the ground in Utah, Colorado and Wyoming. 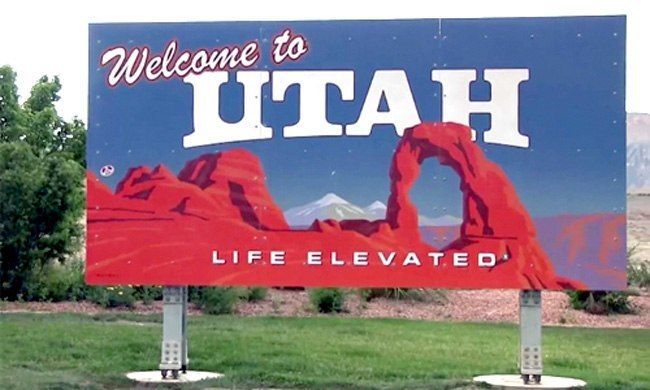 This brings to mind visions of what is still taking place full force and escalating in Alberta, Canada today. What many locals call present day Mordor on Earth—the devastated wastelands found in J.R.R. Tolkien’s “Lord of the Rings.” And reminds us of what the Peabody coal company did to the Midwest in search of coal in places like Illinois, Kentucky and Indiana. On our watch, how can people be doing such a destructive thing in neighboring Canada just across the border and now planning to do in our very own backyards?

A company called U.S. Oil Sands, Inc. has big, big plans of bringing what we are seeing done in Alberta, Canada to the U.S. Ironically, this company calling themselves “U.S. Oil Sands” is an Alberta, Canada investor-based business, formerly called Earth Energy Resources. They have high hopes of striking it rich on U.S. lands, and they come equipped with the latest technology refined in the Canadian tar sands landscape. Lucky us.

Now listening to this company makes you think that the oil found in Utah’s tar sands or what they want to refer to as oil sands is going to flow right out by rinsing the mined deposits with a citrus-based solvent called d-limonene (pronounced de-lie-mo-neen) derived from oranges, lemons and such. It sounds too good to be true—a miracle potion. It almost sounds like no water will be involved in the process.

In the documentary “Last Rush for the Wild West: Tar Sands, Oil Shale and the American Frontier,” a film directed by Jennifer Ekstrom, instead of the two barrels of water that Bryn MacDonald had been hearing it takes to make one barrel of oil in Alberta, Canada when working as a regular employee in the Alberta tar sands there, he found out that it took more like six to eight barrels of water to make one barrel of oil.

Also in this movie Kate Anderson of that advocacy group Before it Starts said, “They’re going to have to truck water up from the Green River for this project which is going to cost them a lot of overhead. It just looks a little shaky to investors like you really don’t know where you are going to get this water from and they haven’t been really forth coming about how they’re going to do it.”

So, it might take a little less of water—perhaps two barrels or somewhere between 1 to 5—to make a single barrel of oil in Utah. Of course there is this patented “proprietary” protection in place on U.S. Oil Sands’ citrus-based extraction process. This is sounding similar to the mysterious case of fracking fluid, where companies are not legally bound to disclose all the multitude of hidden ingredients in their injected cocktail of fluids.

Remember, this is thanks to the people who gave us the 2005 Energy Policy Act—namely, then Vice President, Dick Cheney and his associates. InsideClimate News reported that in spite the U.S. Environmental Protection Agency including d-limonene on their Generally Recognized as Safe List based on small quantities, in high amounts it made laboratory rats sick. And safety information that U.S. Oil Sands filed with Utah regulators says this citrus-based solvent should not be discharged into surface water and “may be toxic to aquatic organisms.”

Dr. William Johnson of the University of Utah, where he specializes in contaminant transport in the Department of Geology and Geophysics, said, while providing testimony on behalf of the organization Living Rivers, that during the extraction process “the residual d‐limonene in the sand creates the potential for increased transport of carcinogenic tar compounds at higher concentrations.”

In Canada, according to National Geographic, it takes about 2 tons of bitumen-laden sand to produce a single barrel of oil. That’s 2 tons—4,000 pounds. Imagine how many oranges it’ll take to wash 2 tons for only one barrel of oil.

Let’s be fair, in Utah it may take less than or more than 2 tons of their oil sands or tar sands per one barrel of oil. U.S. Oil Sands’ test site at PR Spring is only 213 acres at present but they are trying to expand it to 316 acres.

According to the organization Western Resources Advocates and the Colorado Riverkeeper, the small test operation will use 116 gallons of water per minute on a 24-hour basis to meet the 2,000 barrels of oil per day goal. On top of that they predict they’ll use 1,000 gallons a day of the citrus-based d-limonene. If that’s what it takes in a small test site, try to imagine how much water they are going to use if their operation goes to a larger scale.

U.S. Oil Sands already has leased about 32,000 acres from Utah School and Institutional Trust Lands (or SITLA). Since they were able to lease state of Utah lands for their mining test operation and extra lands, they had been able to circumnavigate the more stringent requirements and safeguards placed on federal lands. We could all do the math on how many tons of sand it will take to reach their long-term goal of 190 million barrels inside and outside their test site. That’s a lot of tons of tar sands. It’s much harder to calculate how many more tons must be removed to get at the tons of sand they’ll need.

There are almost 1 million acres of federal and state lands in Utah, Colorado and Wyoming available for tar sands and oil shale development and already 60,000 acres leased. According to an article in the Atlantic, in Alberta, Canada there is possibly 2 trillion barrels of recoverable oil. They are currently producing 2 million barrels a day, and might reach 4 million barrels of oil by 2022.

In Utah, pro-business sounding advocate James Burgess says in an article, Sky is the limit for New Oil Sands Tech, the “Green River formation may hold 3 trillion barrels of recoverable oil.” Much more conservative estimates from the U.S. Department of Interior, Salt Lake Tribune and Utah Geologic Survey have the resources at 12 to 19 to 25 billion barrels of oil from tar sands in Utah and 70 billion from oil shale.

Oil sands should be more concentrated with oil than oil shale. Oil shale should take even more tons of rock per barrel of oil and much more water and heat to extract the oil.

“Full scale production of tar sands and oil shale combined, and in the three states with the Green River Formation, would use 500,000 acre-feet of water per year, minimum. That water would service 4 million people,” said Colorado Riverkeeper John Weisheit. This kind of large scale extraction and production would jeopardize drinking water quality and quantity for about 35 million people living downstream, as Jennifer Ekstrom’s film supports, and increase air pollution in Salt Lake City and its surroundings, where air quality is already some of the worst in the nation.

The movie, “Last Rush for the Wild West” is very well done and informative. It educates the viewer about tar sands and oil shale and what is happening in Utah. Utah is likely to be the seed that awakens the beast in the West (Utah, Colorado, Wyoming) of tar sands and oil shale mining and processing. If it’s alright to extract tar sands—why not oil shale. And they’re doing it in Utah where their governor and many of their elected officials appear willing to open the doors of their state freely to exploitation, so why not in Colorado and Wyoming too.

U.S. Oil Sands, Inc. and Utah Gov. Gary Herbert did not want to talk openly about this matter of significant consequence to the state. In 25 years is this region going to be known for its current beauty of the Colorado and Green Rivers running through this tar sands and oil shale laden lands, with Arches and Canyonlands National Parks near the southern extreme, Colorado National Monument to the east and Dinosaur National Monument towards the north or will moon-like landscapes resembling the worst parts of J.R.R. Tolkien’s Mordor surrounding Mt. Doom prevail in the end?

“I made this film because of the magnitude of destruction on the horizon in America if strip mining for tar sands and oil shale is allowed to gain momentum,” said filmmaker Jennifer Ekstrom who directed, produced and wrote the script for “Last Rush for the Wild West.” She thinks if a full scale mining and processing operation occurs in Utah and the surrounding area it could be one of the most damaging and polluting industrial centers in the U.S.

EcoWatch chose “Last Rush for the Wild West” as one of the 10 best Eco-Documentaries of 2014. This well made and insightful film won the Energy Award at the Cinema Verde Film Festival (2015) and the Audience Appeal at the Moab International Film Festival (2014).

Ekstrom was born in eastern Washington, and has a long record of environmental activism. She worked as communications director for the statewide Wild Washington Campaign where they had success with establishing the Wild Sky Wilderness near Index, Washington. And she served as the Waterkeeper executive director for the Lake Pend Oreille Waterkeeper in Sandpoint, Idaho. She also took part in the indigenous-led Tar Sands Healing Walk that was open to everyone near Fort McMurray in Alberta, Canada in August 2012. The walk inspired Ekstrom greatly and saddened her at the same time. Despite her sadness she realized, “there is still time to stop these devastating projects before it’s too late.”

Whatever is the case with the “new process,” the overall process stays basically the same requiring the destruction of vast areas of land—strip mining the surface. There’s no way around this. Overall this process is going to harm the surface water and groundwater. After harming the groundwater and the aquifers underneath where the water resides, it will be incredibly difficult if not impossible to completely fix and restore them.

In the short term, if all the oil from these deposits are extracted, we get maybe a maximum of a three year supply of oil needed to supply the U.S.’ current oil needs. However, in the long-term, we possibly irreversibly harm our water supply and this is the legacy we get to hand down to our grandchildren.

“The point that needs to be emphasized is that there is no more water in the Colorado River basin for any more diversions, and if this basin wants water resiliency in its future, it has to divert even less water than it already does,” said Weisheit. “More diversions will break the back of the Colorado River ecology for humans and wildlife. As Wallace Stegner said in 1965, the basin’s civilization will ‘subside.'”

What can you do? You come to the “Last Rush for the Wild West” viewing at AREday in Snowmass Village, Colorado, on Aug. 8. There is another showing in Boulder, Colorado at Sanitas Brewery on Aug. 18. Or you could host your own screening of the film and invite your friends.

The time is now to get informed and act as best you are able before we trade in all our culinary water for tar (oil) sands and oil shale extraction and processing. Jennifer Ekstrom’s nicely crafted documentary with a balance of sources will help show you the way to act accordingly.