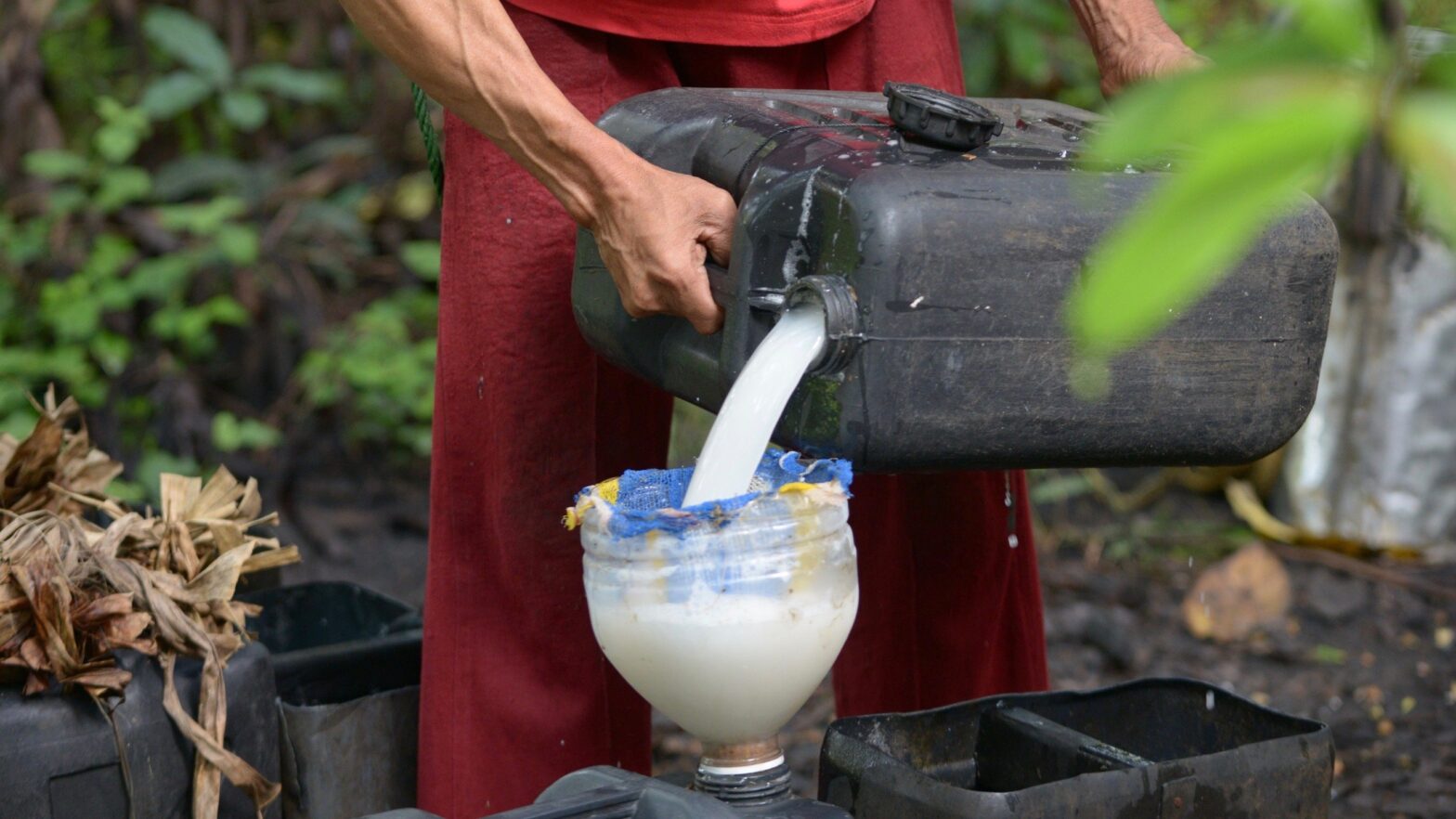 Extracted from the sap of the coconut, the "lambanog" was once considered a lowly peasant's drink whose potency they claim puts those of well-known liquors and spirits around the world in the shade. JAY DIRECTO / AFP / Getty Images

Christmas celebrations turned sour when 11 people died and over 300 were hospitalized in the Philippines after drinking a batch of poisonous coconut wine, local police said on Monday.

Holiday revelers in the provinces of Laguna and Quezon, south of Manila, fell ill after drinking a wine called lambanog, a traditional Filipino alcoholic drink that is made from coconut sap. It generally has a high alcohol content of around 40 percent, and is often distilled in informal and unsanitary environments.

Those who consumed the drink were rushed to hospitals with symptoms including stomach aches, vomiting and numbness, while some collapsed and lost consciousness, according to the police report. Two were reportedly comatose before arriving at the hospital for treatment.

The deaths occurred in Rizal, a small municipality of Laguna province, between Thursday and Sunday. Rizal’s mayor, Vener Munoz, told local media that two people who were in critical condition were on the mend, and that the wine had been produced there.

“All had a sad history of lambanog ingestion,” Reuters quoted the local police department as saying. “Some bought for leisure drinking and birthday party, while others were donated by local officials during their Christmas party.”

Last year, more than 10 people died after consuming the same drink. Jose Jonas Del Rosario, a doctor and spokesman for Manila’s Philippine General Hospital, told AFP that methanol, a chemical that can cause blindness and death, is one of the byproducts of coconut wine fermentation.

Some lambanog producers choose to keep the high levels of methanol because it allows for a larger production volume and is thus more profitable, he added.