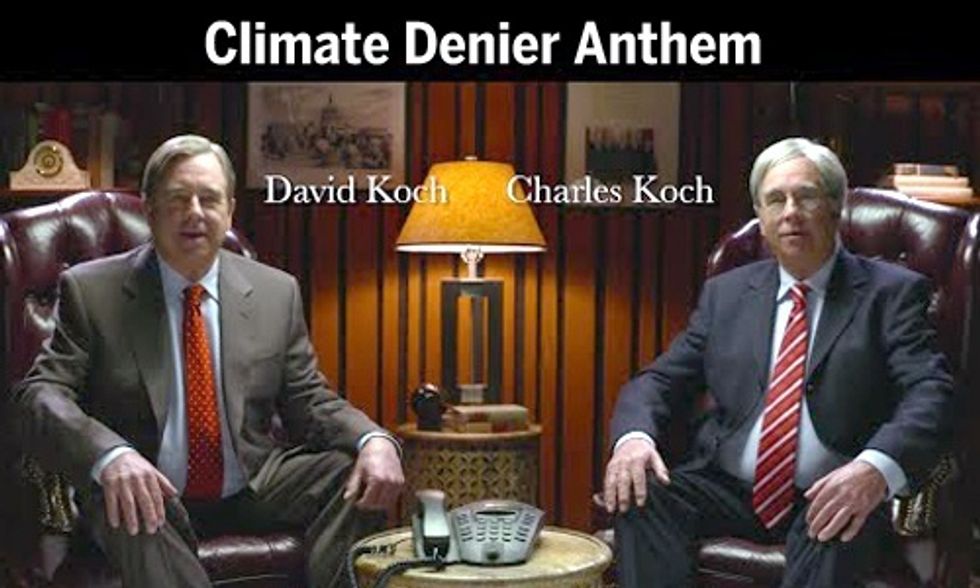 In a satirical video from the comedy website Funny or Die and ClimateTruth.org, two actors portray infamous conservative billionaires, Charles and David Koch, or as they put it, "the guys who own the Republican party." They pay well known celebrities, such as Darren Criss, Emily Osment, January Jones, Estelle and Ed Weeks, to sing a climate denier anthem spoofing the 1985 music video "We Are the World."

You be the judge: