The Climate Data That Led to a Hung Jury 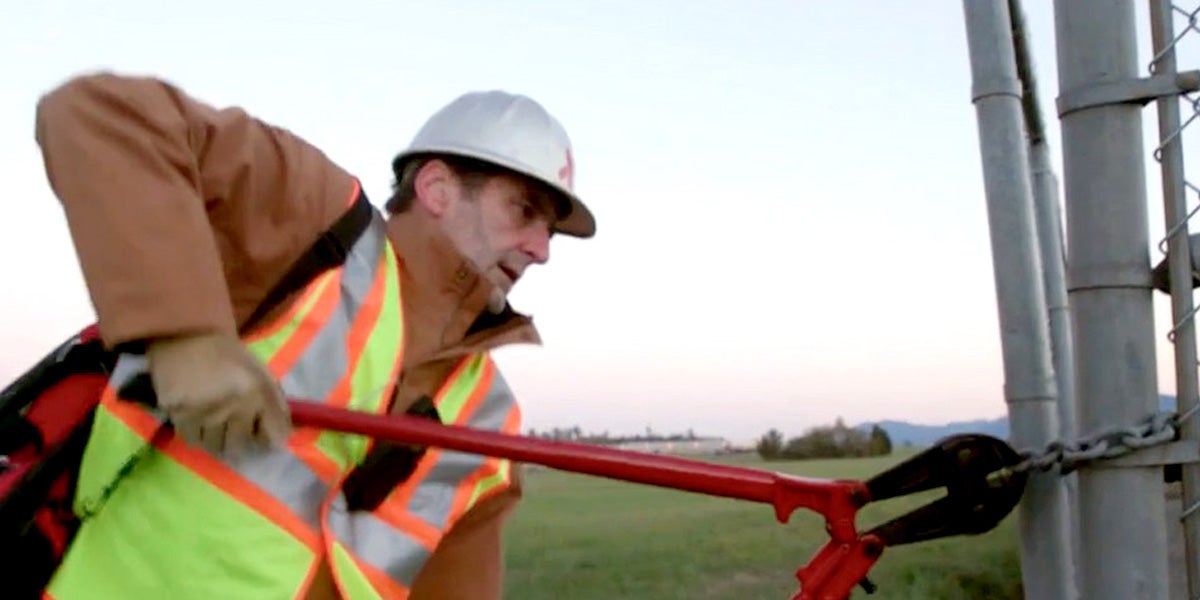 Last week, a Skagit County, Washington jury failed to reach a verdict in my trial on charges of burglary and sabotage for closing the TransMountain pipeline as part of the ShutItDown climate direct action, which disrupted all five pipelines carrying Canadian tar sands oil into the U.S. last October.

The trial itself was very short, barely two days long, because there was no disagreement on the facts of the case, because my proposed necessity defense was not allowed by order of the presiding judge (so our expert witnesses on climate science and energy policy did not take the stand) and because my own testimony was sharply limited in scope.

On the stand, I told the jury my own story, about working for decades on the staff of public interest and environmental organizations where we treated climate change as merely one among many policy issues and about the rude awakening I received after reading two seminal papers, Bill Hare’s, 1997 Greenpeace International report The Carbon Logic and Dr. James Hansen’s 2005 A Slippery Slope. 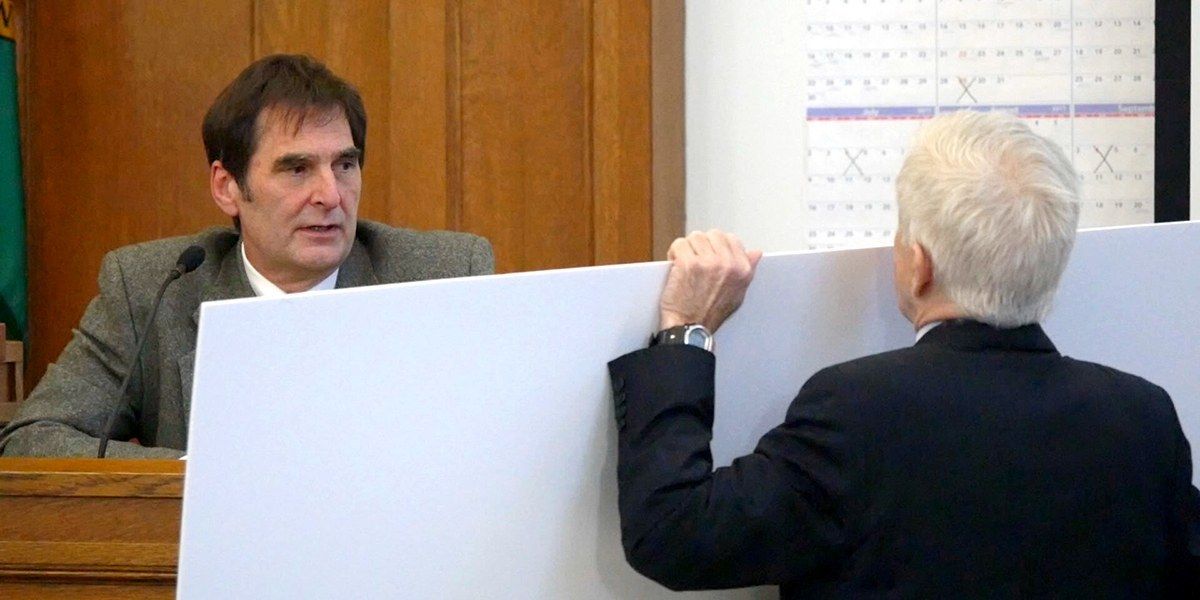 In my testimony and with a handful of charts and graphs, I aimed to show:

1. How quickly climate change is occurring and how far out of whack Earth systems are from historical norms …

3. The culpable role of tar sands oil in contributing to disaster …

4. The scale of change necessary to stave off the worse case, and …

5. The powerful, effective and unique role that nonviolent climate direct action can play in forcing change in a deadlocked society.

I was not allowed to get all of that into the record, but in the end, the jury had these four pieces of tangible evidence to review in their deliberations.

Video of the Action. The prosecution chose to show the jury a short video of highlights of the action that we had prepared, drawing from my own live-streaming and video shot by independent documentarians, Lindsey Grayzell and Carl Davis.

Screen shot of video shown to Skagit County jury by the prosecution, prepared by the defense.

Historical CO2 level chart. There are, of course, a staggering number of data sets and charts to choose from in illustrating the climate problem. After much consideration, we choose to go with NASA’s CO2 level chart combining 400,000+ years of ice core data and modern air samples, because it is unimpeachable and intuitive evidence of serious change in global conditions. 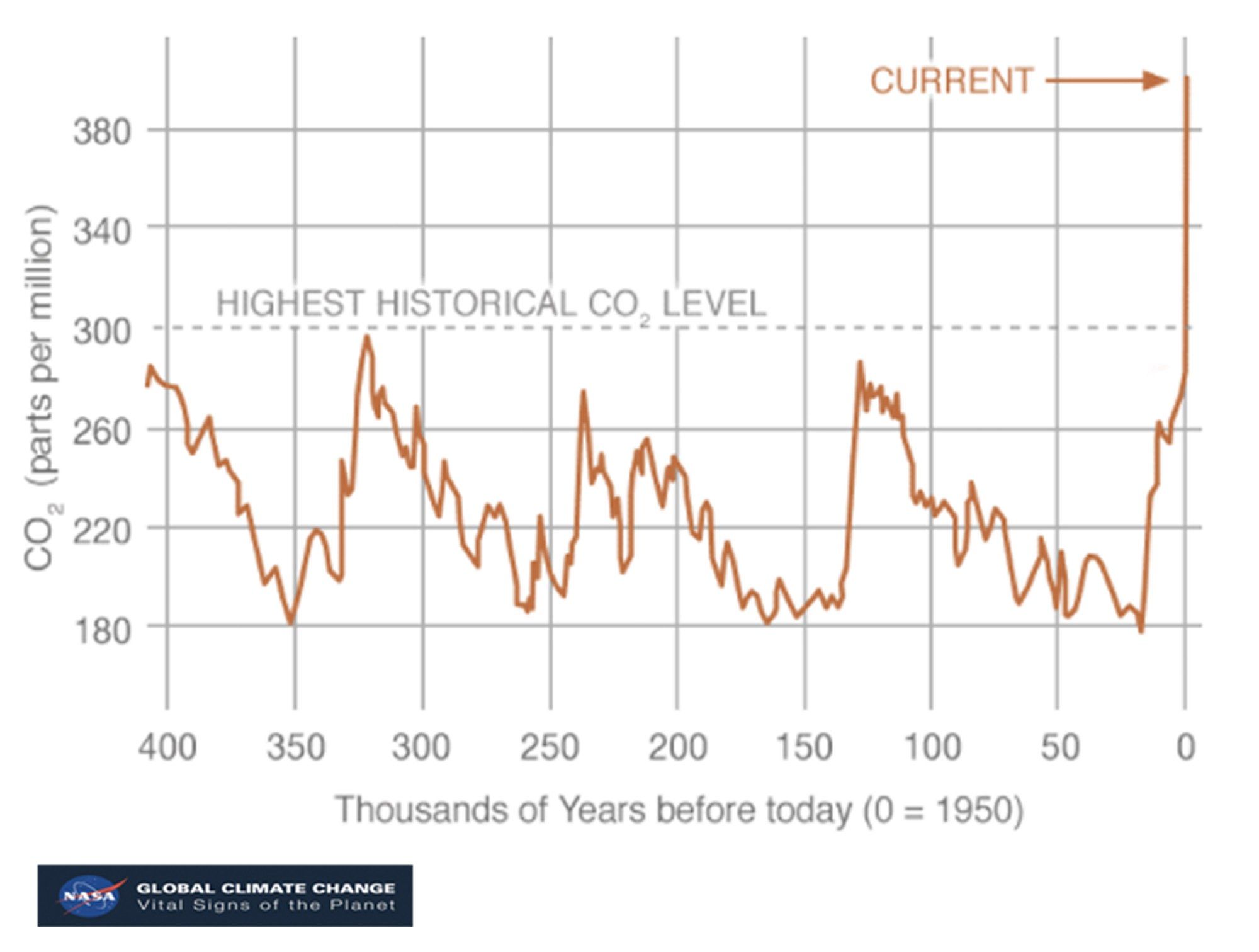 Sea level rise in Skagit County map. I testified about the Eric Rignot, et. al. report concluding that the West Antarctic Ice Shelve is in “unstoppable” collapse and Khazendar, Rignot, et. al. on disintegration of buttressing ice shelves, but we wanted a way to make the threat understandable, so I prepared a chart using Climate Central’s Surging Sea mapping tool, showing the impact of 5′ possible sea level rise on Skagit County.

The 5′ estimate came from former State Department Climate Envoy Jonathan Pershing’s report to the Marrakesh Climate Change Conference, as reported by Daphne Wysham. Though much more conservative that former senior adviser to
the National Oceanic and Atmospheric Administration (NOAA), Margaret Davidson’s report to the RIMS conference last year, of 9′ sea level rise, we thought that the international setting and Pershing’s higher rank would carry more weight with the jury. 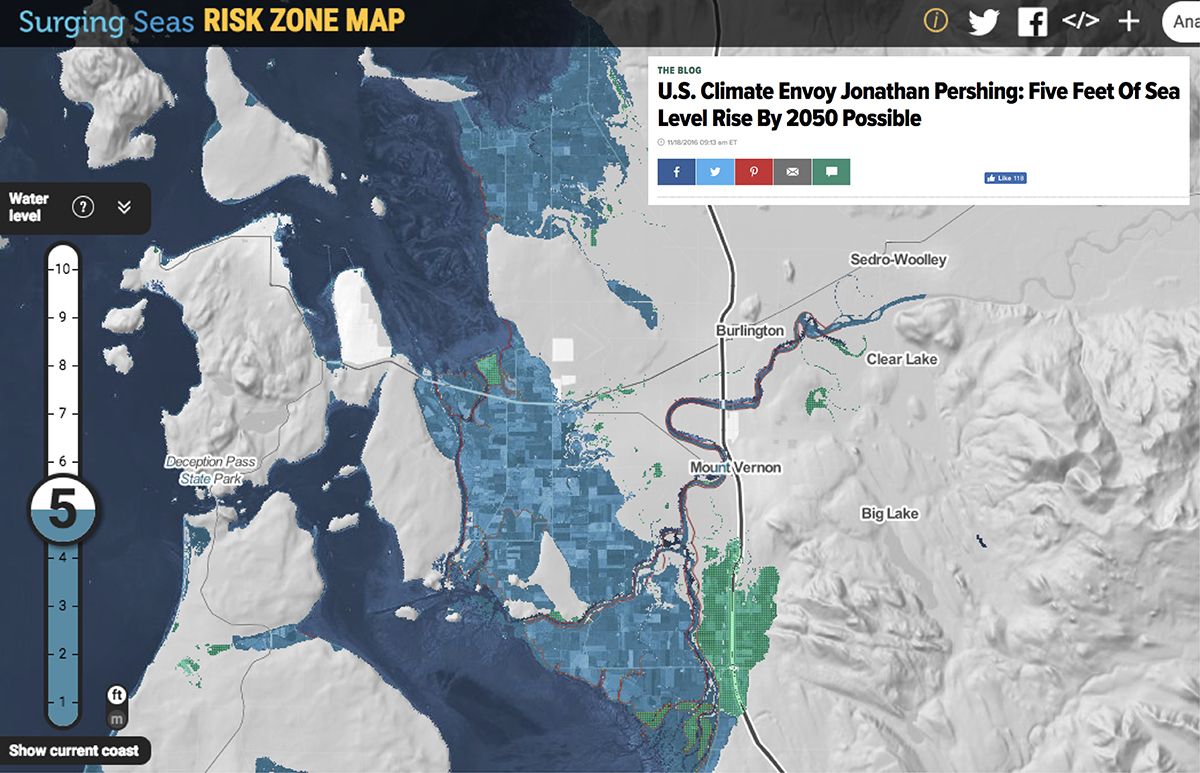 Tar sands oil emissions graph. In arguing why this particular action was appropriate, we presented a Carnegie Institute Oil-Climate Index chart showing that Canadian tar sands oils have 40 percent higher lifecycle carbon emissions than the lowest North American oils. Unfortunately, I was not able to present conclusions of the Oil Change International report, The Sky’s the Limit, showing that to have even a 50/50 chance of reaching the 1.5C limit on temperature increase, the world needs to halt all new fossil fuel exploration and reduce some current extractions. 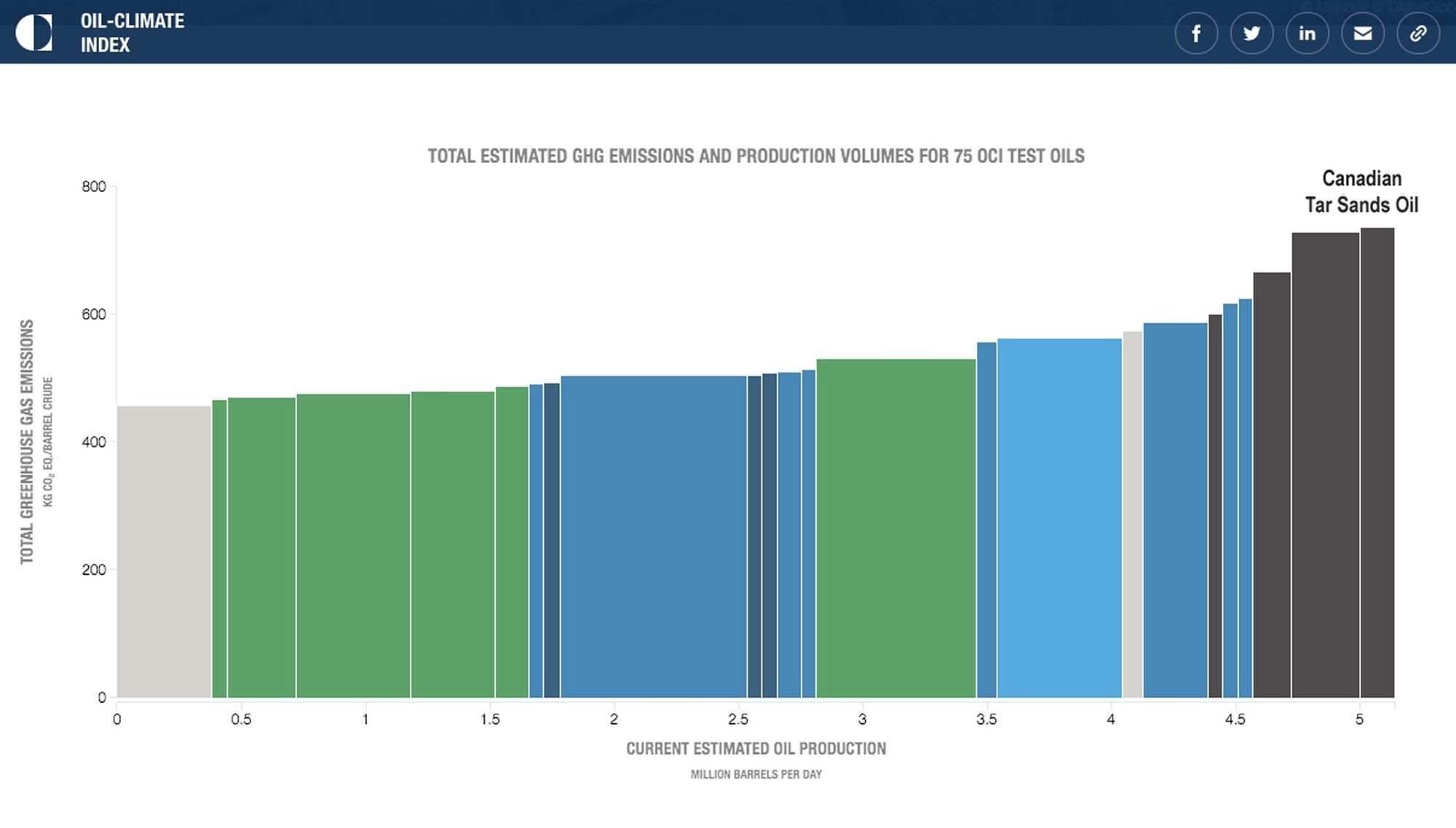 For some time, I have argued that emphasizing the complexity of climate science does us no service in a public debate where our opponents ridicule and warp scientific approaches and where even climate activists are befuddled by the complexity of the problem. In my defense, truncated as it was, I was able to present the barest minimum of information outlining and supporting the simplest and direst aspect of the climate emergency: catastrophic sea level rise and why my action can be considered appropriate in the circumstances.

For some number of the Skagit County jury, this limited data set on climate change impacts proved more persuasive that the graphic depiction of my actions. At the next trial, if the prosecution chooses to retry, we may expect that at least these exhibits will be introduced again.